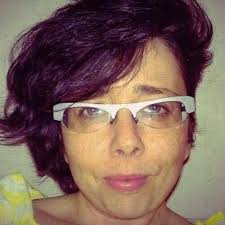 She started as a maker before the Maker Movement was invented and she strongly believe in the power of “community building”: Zoe Romano, co-founder of wemake where creative ideas take shape

Q. Hi Zoe, we’re glad to meet you and talk about your experience! There’s a lot we’d like to know and share with our readers: let’s get started! How did you end up joining the #maker movement?

A. Hello everybody and thanks a lot for this opportunity! Well, I could say I have been involved in the maker movement before the Maker Movement label was invented.  At the beginning of ’00 I was participating in the activities of LOA, the local hackerspace here in Milan and I was also co-founder of Serpica Naro association which promoted the digitalisation and sharing of sewing patterns because for us they represented  the source code of fashion and could be used as global commons for distributed garment production. So when I started to read articles about lasercutters, 3d printers and the concept of fablab/makerspaces I realised it could be something to do full time, and not just in my free time. Promoting a culture of open source, collaboration, sustainable local production and collective intelligence to benefit society.

Q. What do you most value in the maker environment?

A. I think that community building is the key. Innovation happens when a lot of people are experimenting together and there’s not real innovation without good implementation, adoption and maintenance which need many people involved. On the other side, the maker movement not only gives value to the freedom of creating solutions without the obligation of commercial success but allows you to  because there are other parameters which are valuable like, for example,

A. Yes, I was born in Italy and I think that Italians are all enthusiastic makers and inventors. There are many fablabs and makerspaces in our country, very diverse and with different approaches, most of them are no-profit associations, some are trying to make it a job but we are aware there is not a written recipe for success so we need to be creative.

Q. In your opinion, what features in your city is more appealing to an innovation-oriented crowd?

A. In the last couple of years there’s been a growth of collaborations in the field of Digital Social Innovation related to health and care involving makers community, municipality of Milan, citizens and philanthropic foundations. My makerspace WeMake within Opencare project and DSI4EU project, and  Opendot makerspace with Made4You, both funded by EU commission, are expanding bottom-up innovation in this field through co-design approaches, sharing documentation and direct involvements of people. As we recently wrote in an article, deep meaningful changes in society are a product not of single enterprises, leaders or geniuses, but the fruits of sustained organised collectivities, where different actors, approaches and ways of thinking are given the opportunity to form ecologies of practice where they can influence, learn from and give feedback to each other. It takes time to build it but I think it’s getting more visible and rising interest.

Q. You seem to have been able to create such a nurturing environment around your makerspace in Milan. What does your audience look like? Who do you mainly target – students, inventors, or…?

A. We have an audience from 17 years old to 80 of any gender, it’s hard to say we have a specific target, or I could say our target are the people with sparkles lighting in the eyes when they step for the first time into the makerspace 🙂 For sure this is the thing they have in common.

Q. The third edition of the European Maker Week, the entire week dedicated to celebrate the Maker Movement in Europe, took place last week and you were one of our top Ambassadors: what do you consider your greatest goal by covering this foundamental role?

A. Makers have the capacity to look at technologies with a critical eye. They know technologies will not provide all of the answers or solve everything like a magic potion, so I think that my goal would be of foster a narrative focused on the movement and on the people, and what we want to achieve collectively from technologies and how we can shape them according to our needs.

Q. What kind of events did you planned to organize during the EMW?

A. We planned to celebrate for the fifth year Arduino Day on Saturday May 12th, showcasing our local makers and on Monday May 14th we had the chance to participate to an open talk on the new ecosystem of care, organized by Politecnico of Milano.

Thank you Zoe for sharing with us your inspiring story of for representing Italy during the European Maker Week!

Zoe Romano is a co-founder of WeMake – a makerspace in Milan. She is a craftivist, digital strategist and a lecturer, and is interested in social impact, women in tech, digital fabrication and open design. Zoe graduated in philosophy, working for several years in digital communication agencies while developing her social skills as a media hacktivist on precarity, material and immaterial labour in the creative industries. She worked for Arduino as a digital strategist from 2013 to 2017.