Clean energy from water: Eni’s Blue Loop at the Maker Faire for a sustainable future 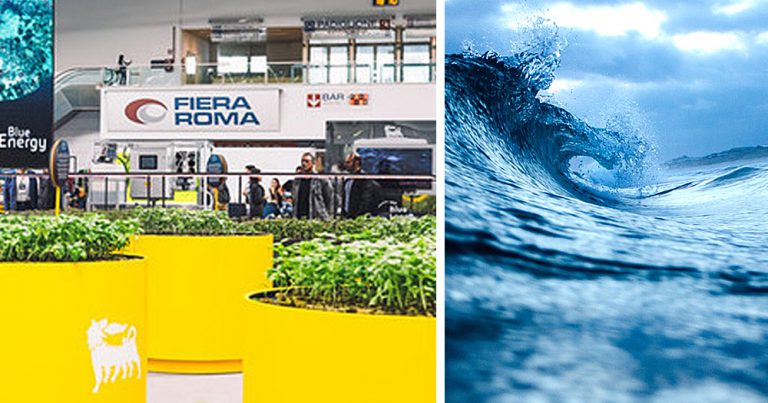 Decarbonization, circular economy, and innovations for everyone: the company with the six-legged dog logo is increasingly at the center of an energy revolution

To go beyond the concept of a simple “oil company” that produces biofuels and enter into a new perspective regarding the energy industry, understood as a reality that operates at a much wider level. This, in a nutshell, is what Eni has been putting into practice for some time, with truly significant achievements and results. The Italian oil giant is increasingly at the forefront in showing how necessary and useful it is to rethink itself in a new key, projected towards the future and towards safeguarding the environment that hosts us.

To do this, there is no lack of progress and projects, and these are all orientated in the direction of the production of clean energy, of the circular economy and of all the technologies that can be used for their concrete and global development that is within the reach of all.

In fact, this year at the Maker Faire Rome – the European Edition 2019, which is the largest European event dedicated to innovation, creativity, and initiative in the scientific and technological fields, what Eni presented was exemplary. If in fact, in previous editions of the Maker Faire Rome, the company with the six-legged dog logo’s attention was focused on recycling, reuse (upcycling), and waste reduction, this year the 6560 sq ft (600 sq m) in Pavilion 3 were dedicated to a single, fundamental element: water.

Water which is the source of life and the material that makes up, for the most part, our own bodies, in Eni’s innovative optics, can also become a renewable source of energy with enormous potential. Such as? On the one hand through various technologies able to exploit the waves of the sea and on the other hand, thanks to the development of agricultural techniques different from traditional ones, for example, those based on aquaponics.

At the Maker Faire Rome 2019, all of these concepts and more were included and presented by Eni in its “The Blue Loop”, a project that attracted considerable interest during the event and that included four new technologies that represent the best of the current know-how of the fuel company concerning energy and sustainability.

ISWEC, Power Buoy, Place and Intensified Biofixation of CO2: with these four innovations Eni welcomed visitors to the Maker Faire 2019  in the “blue” of its Pavilion 3. Innovative concepts such as ISWEC and Power Buoy are new methods to transform sea wave motion into electrical energy.

In the specific case of Power Buoy, this principle is used to make offshore activities more efficient. Place and Biofissazione, instead, are two technologies based on the use of water as an innovative method regarding plant cultivation. In the case of Place, a platform was converted into an integrated aquaculture system. Instead, with Intensified Biofixation, the process of photosynthesis is reproduced to produce bio-oil through microalgae, sunlight, and CO2.

In conclusion: with its ambitions and its objectives, Eni wants to be increasingly at the center of an energy revolution that looks to the future, to the protection of the planet and that, at the same time, contrasts climate change with concrete measures.

This is demonstrated by the projects presented at the Maker Faire, but also by the recent campaigns and strategies put in place for decarbonization and a sustainable future. The intent is to show that each of us, with our own personal energy, can build something big.

Eni, with competence, passion, innovation, and technology, can really be at people’s side and do a lot to make energy resources efficient, sustainable and affordable for everyone.