WAKE-UP is a robotic, bi-modular exoskeleton composed of: (i) a knee module and (ii) an ankle module. They both work synergistically in order to rehabilitate gait in children with neuromuscular disease, such as cerebral palsy. The primary goal of the WAKE-UP exoskeleton is to avoid the so-called â€œdrop footâ€, that is loss of dorsiflexion or the inability to raise the foot from the ankle. Therefore, the raised leg is slightly bent at the knee to prevent the foot from dragging along the ground and the first contact with the floor is with the toe â€“instead of the heel.
The exoskeleton has been realized with a reverse engineering technique: the patientâ€™s leg is laser scanned and the shells for upper and lower leg are 3D printed. The â€œmusclesâ€ of the system are two Rotary Series Elastic Actuators (RSEA), each of which is composed by a torsion spring coupled with an electric motor. The exoskeleton control, that is its â€œbrainâ€ of the device, is based on an assist-as-needed model: the impedance controller helps the patients only when it is necessary, by varying the spring position in order to give the amount of torque needed to correct the foot trajectory.
The project, granted by IIT funds and Italian Ministry of Health funds, has been developed in the Laboratory of Mechanical and Thermal Measurements of the Mechanical and Aerospace Engineer at Sapienza University. The device has been patented in Italy and in Europe. The WAKE-UP exoskeleton has been awarded third-place in the BarCamp 2015 competition promoted by ItaliaCamp and Federazione Nazionale dei Cavalieri del lavoro. 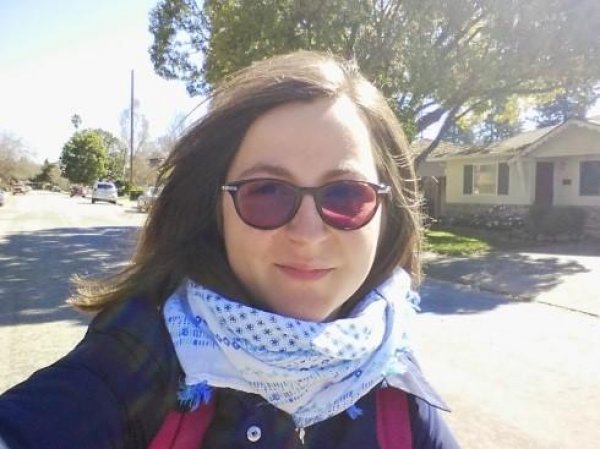 Alessandra Pacilli, PhD (2014, University of Padua) is a Biomedical Engineer, currently working on wearable technologies for people with gait disorders, as PostDoc at the Mechanical and Aerospace Engineering Department of "Sapienza" University of Rome. Previously, in the same Department and in conjunction with the MARlab (Movement Analysis and Robotics Laboratory) at the Neurorehabilitation Division of IRCCS Pediatric Hospital â€œBambino GesÃ¹â€ (Rome), she developed a robotic, interactive platform for postural rehabilitation of children with movement disorders. In 2014/ 2015 she studied Technology Entrepreneurship at Santa Clara University (CA, USA) thanks to an Invitalia BEST scholarship. Her interests include biomechanics, entrepreneurship, hi-tech devices.
WEB
Category Talk · Type talk
Back
Data updated on 2022-09-29 - 3.47.56 pm