Maker in Residence - Knowledge sharing in a fablab

In the past year, WeMake hosted 3 Makers/Designer/Artist in the guesthouse of the makerspace and worked collaboratively on 3 open source projects. Learn what happened and why tacit knowledge is really important. 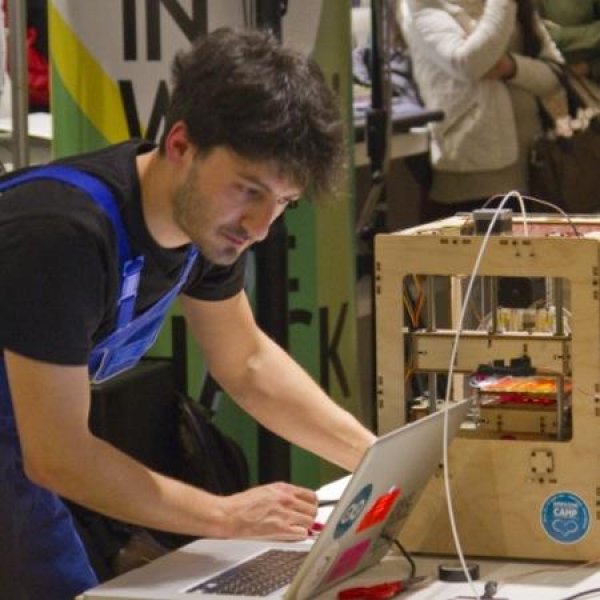 I'm Costantino Bongiorno born in the middle of Italian Alps (Valtellina) and living in Milan since 2000. When I was a kid I could only eat if in the meanwhile I had something to disassemble/assemble in my hands.
I Graduated in Mechanical Engineering, I got interested in automation, domotics and soon started to explore the world of microcontrollers. In 2008 I began the collaboration with Arduino team as interaction designer and trainer, and in the meanwhile organizing workshops and meetings with “people doing strange things with electricity” (Dorkbot, Virale). From October 2011 to November 2012 I worked as CTO & COO in Vectorealism.com a digital fabrication service in Italy. In 2011 I joined the team of Wefab.it in organising events and initiatives around Open Design, rapid prototyping and digital fabrication.

In 2013 and 2014 I worked at the executive organization and production of Maker Faire Rome helping Massimo Banzi and Officine Arduino in the curation of the fair, which involved more than 600 makers and 90’000 visitors. In 2014 I co-founded with Zoe Romano, WeMake a fablab in Milan very active on fashion-hacking.
WEB FACEBOOK TWITTER
Category Talk · Type talk
#3D printing #Fabrication #Fashion & Wearables #Open Source
Back
Data updated on 2020-12-13 - 11.41.07 pm