Since the end of the 1990s, the actors of scientific outreach: journalists, teachers, professional advisers, scientists or enthusiasts have learned how to use digital tools to talk about science to the public. This allowed a simple and clear transmission of contents once considered too complex for the non-specialist public. However, the listener is required to decide whether or not to believe what he is offered to the audience, losing the fact that the science is the result of practical experiments. Until the first decades of the last century, the speakers used simple table experiments to "materialize" the concepts they were talking about, but this practice has been increasingly lost over time, also due to the objective difficulties to build simple experiments. The birth of the Maker movement in the last decade however opens the possibility of a revival of table experiments for scientific dissemination. In fact, the use of Maker methodologies allows communicators to build experiences for the public based on simple physical laws. In perspective, Maker methodologies would encourage the interested people to prepare themselves their experiments. In this talk I would like to illustrate some experiences made in this field at INAF / Trieste Astronomical Observatory in collaboration with the SciFabLab of Trieste. 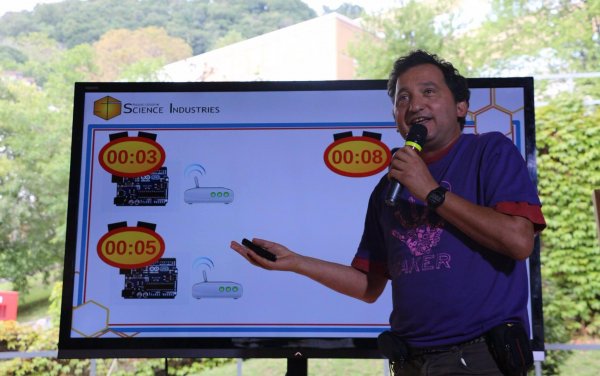