Every 15 seconds, a worker dies from a work-related accident or disease, according to the global data of the International Labor Organization. Developing, spreading and implementing a culture of prevention and occupational safety remains a challenging and challenging bet to date. The current training need is to create new professional figures capable of responding to the challenges of the changes of the world of work and of technological innovation, ensuring, at the same time the compliance with the relevant legislation. This is the innovative proposal of the second level Master Degree on Integreted management of occupational health and safety in the evolution of the world of work, promoted by Sapienza University of Rome and Inail.
The alliance and collaboration between research, training, work and innovation has generated the creation of an excellent partnership with national institutions and company of excellence such as Aeroporti di Roma (ADR), Automobile Club d’Italia – Fondazione Filippo Caracciolo, Banca d’Italia, Confindustria, ENEL, ENI, Federchimica, Fiat Chrysler Automobiles Group (FCA), Fondazione IBM Italia, Fondazione Rubes Triva, Governatorato dello Stato della Città del Vaticano, Gruppo Ferrovie dello Stato Italiane (FS Italiane), UNI- Ente Italiano di Normazione. During this workshop the master’s students will speak about their innovative projects and paths in their stage period in the Company. 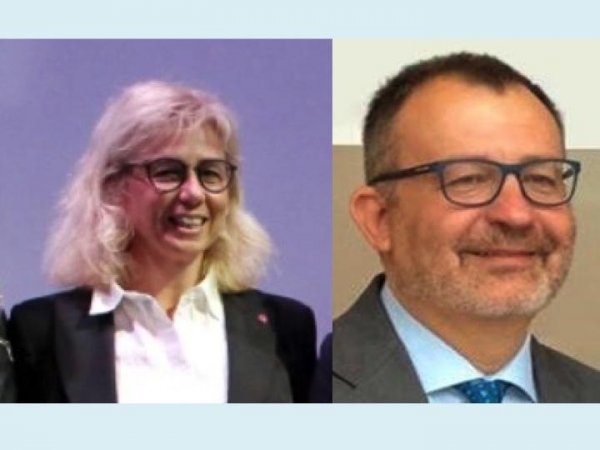 SERGIO IAVICOLI, MD PhD
He got his medical degree and Residency Program in Occupational Medicine at the University of Rome “Sapienza”. He completed his PhD (Occupational Health and Industrial Toxicology), at University of Cagliari. He was Research Fellow at School of Public Health, University of California Berkeley (1995-1996).
Currently he is Director of the Research Department of Occupational and Environmental Medicine, Epidemiology and Hygiene of the Italian Workers’ Compensation Authority (INAIL) - World Health Organization Collaborating Centre (WHO CC). Since 2003, he is Secretary General of the International Commission on Occupational Health ICOH and President of the European Academy of Occupational Health Psychology (EAOHP) since 2012. Member of the Editorial Board of several scientific journals, book series and encyclopedias.
Member of national/international Committees including the Advisory Committee of the Global Network of WHO Collaborating Centers in Occupational Health, Member of the Partnership for European Research on Occupational Safety and Health (PEROSH) Steering Committee. He was awarded as Fellow of the Collegium Ramazzini in 2018, Honorary Fellow of the Faculty of Occupational Medicine - Royal College of Physicians of Ireland in 2012 and “Profesor Extraordinario en la condicion de Visitante” Universidad Catolica de Santa Maria (UCSM), Arequipa, Perù in 2016.
His research activity has been focusing on Stress and Psychosocial risk factors, Innovative Technologies, Aging, Occupational Cancer, Research Priorities and strategies, Cost Effectiveness of OSH interventions, OSH policies.
He is author of more than 800 publications including more than 200 in journals with impact factor.