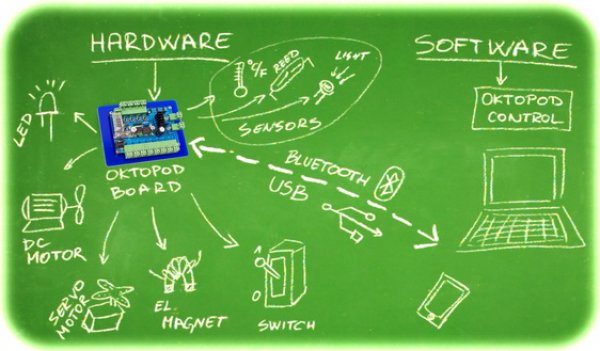 We designed Oktopod Studio to be as user friendly as possible, which features plug-and-play analog outputs, digital inputs, DC and Servo motor drivers and a graphical user interface for PC and Andriod devices.

Using Oktopod Studio you don't need to be a programmer or an electronic expert to make your own robotic projects!
Serbia
WEB FACEBOOK TWITTER 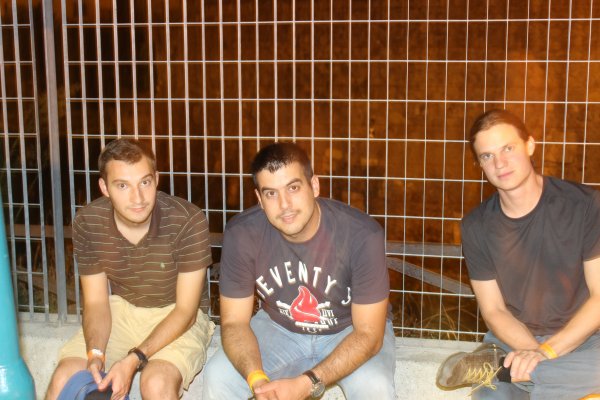 The first idea for the design of this control platform came from young students, who built a cool city model, which they wanted to control using a computer.
As enthusiastic students and young engineers, we accepted the challenge to develop a board for controlling the model system: the railways, ramps, traffic and street lights. We named the platform Oktopod Studio, because when there is everything connected, it looks like an octopus with many legs:) Today, three years later, we come up with the third generation of the Oktopod Studio platform, where we fixed a lot of hardware bugs and software issues. Probably it is still not perfect, but we are on the way :)
#Open Hardware Electronics #Opening Technology #Open Hardware Business #Interaction #Makers Academy #Tools for Makers #Education
G23 - Oktopod Studio
2015
Back Data updated on 2022-11-08 - 10.59.34 am