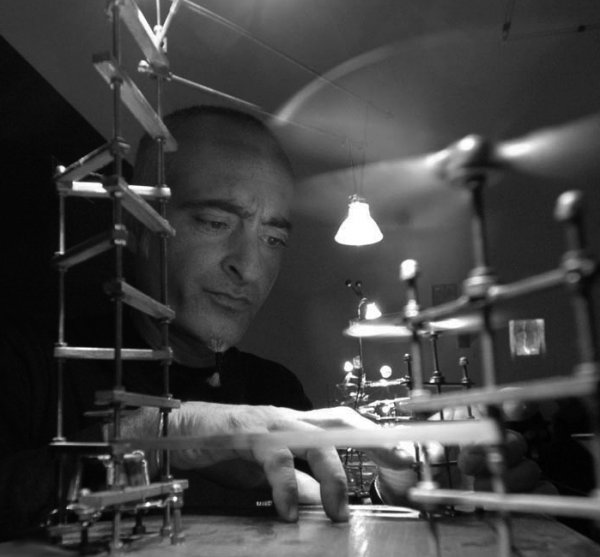 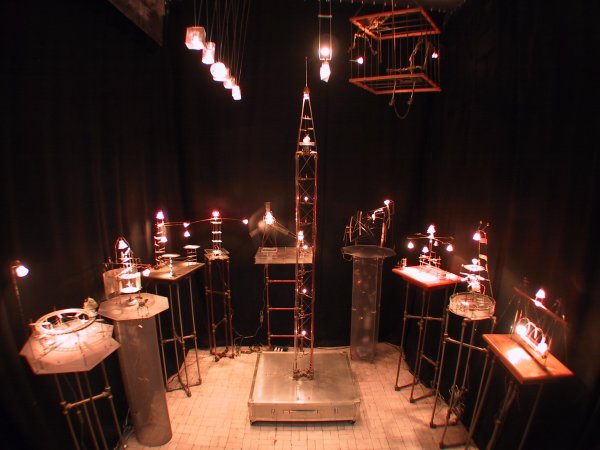 LUMINOUS DYNAMIC SCULPTURES Di.Di.Au.
(Dynamic Self-Illuminating Device)
Di.Di.Au. (Dynamic Self-Illuminating Device) are unique sculptures that do not produce electricity, such as the name might lead us to believe; luminosity is a necessary precondition and serves to highlight the dynamic process produced by the mechanical and electronic circuits which make up the DSD. In short, the light is used to focus properly on what is happening inside the electromechanical device.
The structural movements obtained reduce the explosion of light to luminous streams and, in the iridescent penetration of the materials used, lumina and velocity become circular movements in an endless vortex, aimed at understanding the world through scientific processes. The fundamental premise is movement, iridescence its essential corollary.
The luminous dynamic sculptures were created in Palermo in 1994 and take part in personal and group art exhibitions and installations in Italy and abroad.
Ilgeniodellalampada
Italy
WEB

Angelo Paparcuri, alias ilgeniodellalampada (the genie of the lamp), was born in Palermo on May 20, 1964. After a brief career at the age of four as a model and singer, at nine he devotes himself to the art of writing, and at about ten years of age, he begins to build small cement models, refining his innate manual dexterity. His poems and writings are composed during his adolescence. While still young, he participates in various prose recitals, winning a parchment of merit in the Sicilian competition "Conca d'oro" (Palermo, 1981). He has always been passionate about music and percussion and, after several years of self-study, he begins playing with various groups, both in Italy and abroad. MIL, KALE-AKTE, UTHNA are some of the groups he has worked with. He studies electronics, and graduates as a technician for electrical and electronic industries. In the 90s, he becomes involved with lighting and applied mechanics, thus creating his Luminous Dynamic Sculptures or Di.Di.Au (dynamic self-illuminating devices) - works that draw their maximum expression from dynamic light. He participates in collective art exhibitions and events in Italy and abroad. In 2000 he creates "Genioproduction", a film production studio designed to produce only his own works. With his short films, as writer, director, actor, singer, he wins several national awards. The short films of the genie are also aired by RAI, Sky and Istituto Luce. The artistic efforts of Angelo Paparcuri can be found at: