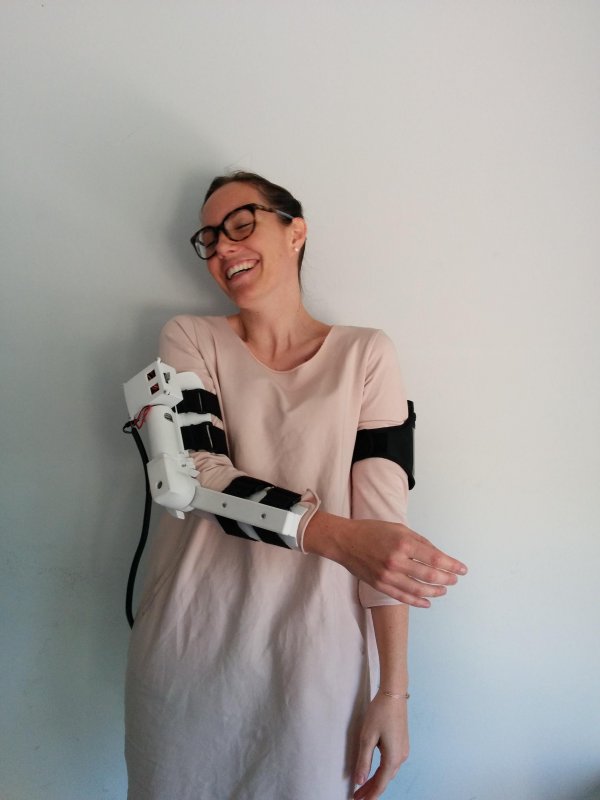 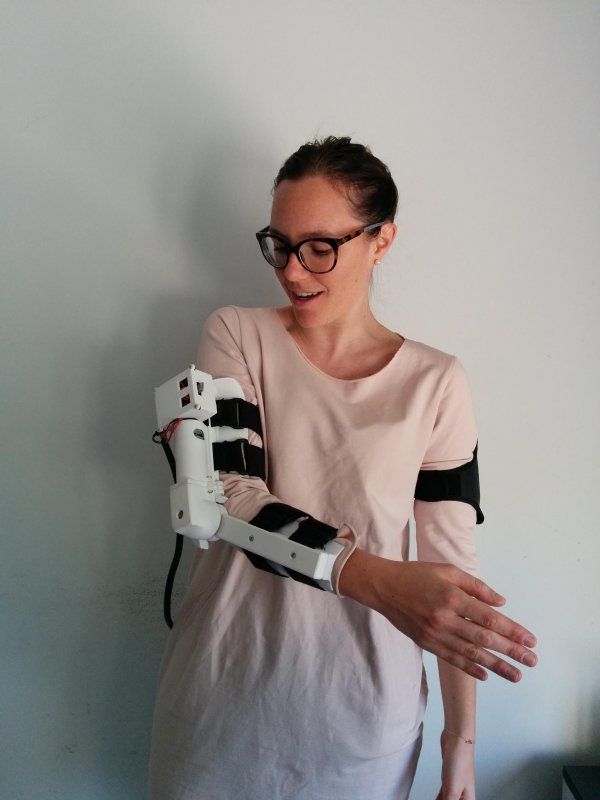 Hubotics is a low-cost wearable actuated exoskeleton for at-home elbow rehabilitation of motor disabled people. The project is addressed to patients who need continuous rehabilitation by means of repetitive movements but can not afford to daily reach health-care centers or to buy the expensive devices available on the market.
Thanks to the use of off-the-shelves components, 3D printing and Arduino-based electronics, the system can be realized and replicated at a really low production cost, while still allowing an extremely customizable device with respect to the needs of every user, both in terms of deviceâ€™s shape and rehabilitation programs.
Italy
TWITTER

The team is composed of Luca Randazzo and Roberto Rossi (both 27 years-old).

Luca studied Computer Engineering in Catania and Mechatronics Eng. at Politenico di Torino; during his Master Eng., he participates in a joint program of excellence (Alta Scuola Politecnica) which also provides him with a double degree in Automation Eng. from Politecnico di Milano.
He developed his Masterâ€™s thesis at the NASA/Caltech Jet Propulsion Laboratory, the laboratory where NASA has created and developed the three generations of planetary rovers (Sojourner, Spirit & Opportunity and Curiosity) that have been sent to Mars.
Currently, he works as a PhD researcher at EPFL where he is developing an EEG-controlled hand exoskeleton for human motor rehabilitation.

Roberto graduated in Mechanics Eng. at Politecnico di Milano and heâ€™s currently completing his PhD there, working on autonomous manipulation by means of aerial drones equipped with robotic arms. During his Masterâ€™s program, he spent a semester at the Universitat PolitÃ¨cnica de Catalunya in Barcelona. As Luca, Roberto was selected for the Alta Scuola Politecnica program, which provided him with a double degree in Mechatronics Eng. from Politecnico di Torino.

Luca and Roberto knew each other while attending Alta Scuola Politecnica program, when they worked together on a project developed at the Istituto Italiano di Tecnologia (IIT) in Torino. In 2014, they decided to start the Hubotics adventure. In the first year of activity of the project, they have received funding within the Working Capital program, financed by Telecom Italia.
#Disability #Human Body #Research
O17 - Hubotics
2015
Back Data updated on 2022-11-08 - 10.59.34 am