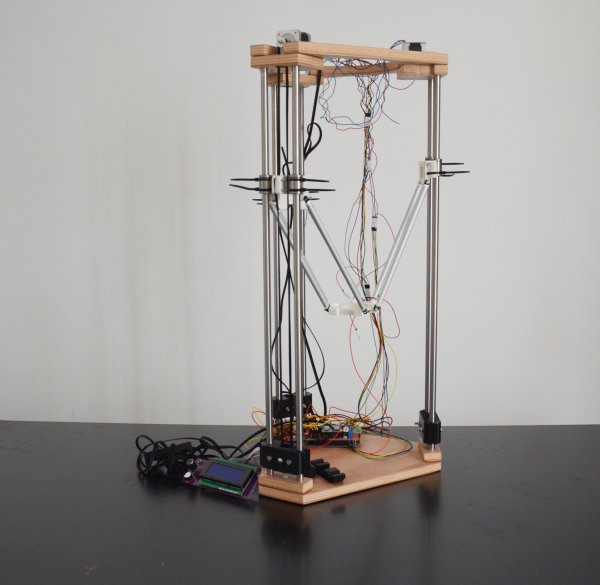 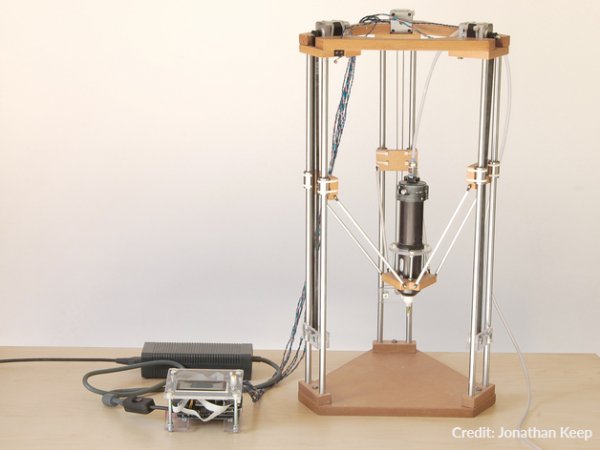 The 3d delta printer is adapt to print with clay. It was built from an Open source Project by Jonathan Keep, the project realized in 2013 was based on RepRap Rostock.
The goal of the Open Source project is to keep it useful and simple for other artists, potters and designer to build similar printer.
The technology is easily made in mechanic and electronic with accessible materials.
The printer uses a simple compressed air in extrusion print head. It has a printer area of 20x20x25 cm. Itâ€™s offer a new, creative and digital way to work with clay. 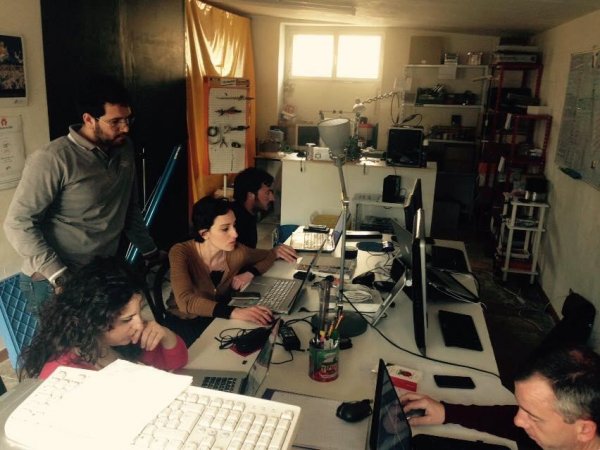 The multidisciplinary group of makers founded in November 2014 the Open Lab Matera. It is situated in the collective c-fara in Matera.
The Open Lab Materaâ€˜s team works in research and educational projects about Open Source systems.
Therefore, the accessibility and the 3d printer are the main topic of the lab; matching research, education and networking activities.