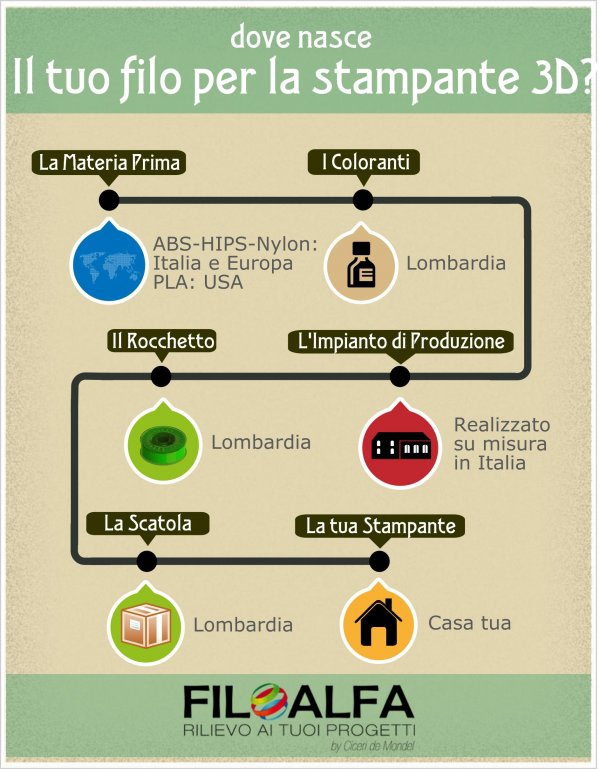 FILOALFA is an innovative product of Ciceri De Mondel, founded in 1917 and on the plastics market as a producer of extruded sheets in PST, ABS and SAN for over two decades.
A couple of years ago Antonio Berera, modeler for passion, bought a 3D printer for personal fulfillment of motorcycle parts. Not entirely satisfied with the quality of the filament used he start a trial production of filament for domestic consumption with some modifications to the extruder laboratory used for color sampling.
Thanks to years of experience in the extrusion of plastics, Ciceri de Mondel made fast the transition from experimentation to industrial production. With the full support of Luciana Ciceri begins the production of the first rolls of filament for 3D printing. FILOALFA is a high quality filament regarding tolerances, color and mechanical properties, respecting the environment and safety at work.
Born from the heart and from the family (ALFA as Luciana Francesco Antonio and Alberto, the whole family), FILOALFA currently offers filament of the diameter of 1.75 mm and 3 mm in HIPS, ABS and PLA. Following and anticipating the continued evolution of 3D printing technology is dictating, FILOALFA undertakes to propose regularly new challenges and new materials.
Italy
WEB FACEBOOK TWITTER 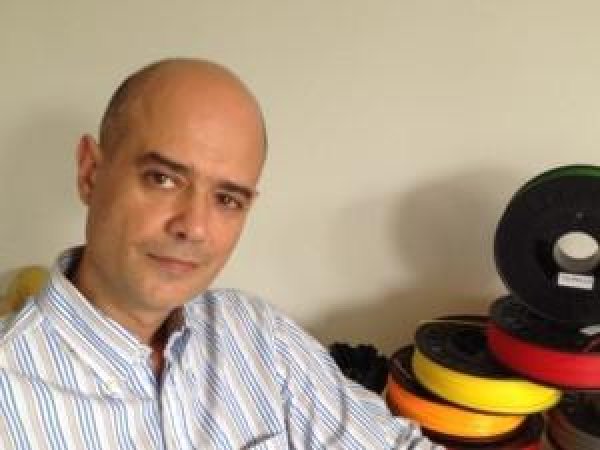 ANTONIO BERERA
Born in Lecco in 1967 Antonio, after a scientific degree, he moved to Pavia, where he graduate in 1992 in Civil Engineering.
In the following two years he worked in Berlin in the open sites of a steel mill.
Later he worked for several years with an engineering firm. In 1999 he entered in Ciceri de Mondel Srl.
Here, in addition to focusing on production and development of the commercial sector, it can build on his passion for mechanics and innovation, passion that will lead him in 2013 to create FILOALFA, the company sector of 3D printing filament.

LUCIANA CICERI
Born in Milan in 1967 Luciana, after the high school he enrolled at the University of Milan where he graduated in mathematics in 1992.
After several years working as a financial manager in a Swiss banking group, in 2003 joined the family business, which has already entered her husband Antonio, to deal with the administrative sector.
Luciana shares with Antonio's passion for innovation and research. She has enthusiastically embraced the project of Antonio to begin the production of filaments for 3D printers.
#Materials #3D Printing Vendors #Startups
F12 - FILOALFA by Ciceri de Mondel
2015
Back Data updated on 2022-11-08 - 10.59.34 am