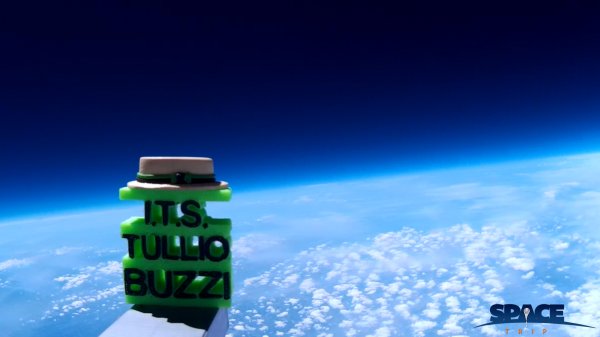 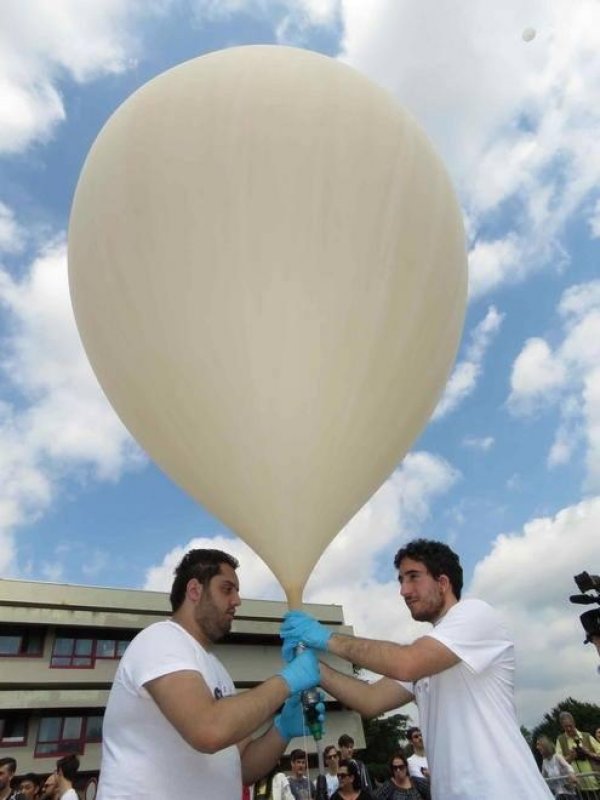 Buzzi Space Trip is a school project made by a group of students that are in the 5th class of the information technology address of the ITS Tullio Buzzi in Prato.
They have built a speciale box, with some electronic boards (Arduino and other components) and three sensors (temperature, pressure, altitude), a gps and an action cam. This work has been doing during the class hours and the students have applied their knowledge about electronic and informatics to create something of amazing: a little "space shuttle" which can do scientific calculation in space!

They have linked the box to a meteorological balloon inflated with helio and they have send it to the Stratosphere (it has reached an altitude of 36000 metres). 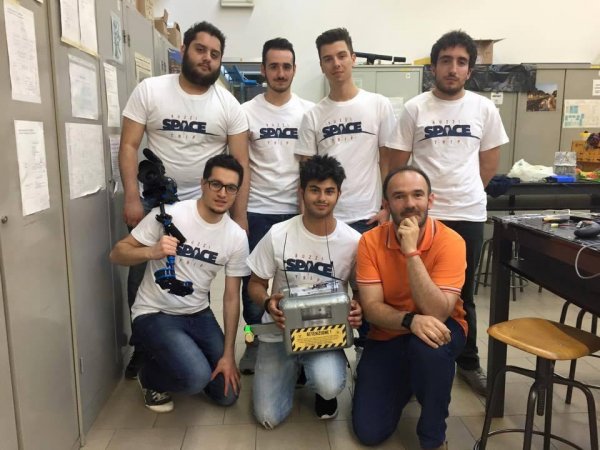 Lorenzo Barberi, Christian Pergola, Samuele Leone, Samuele Grazioso, Lorenzo Fontana e Davide Lascialfari are 6 students that compose Buzzi Space Trip's team and they are in the 5th class of the information technology address of the ITS Tullio Buzzi in Prato.
They have been inspired by the space mission of the italian astronaut Samantha Cristoforetti, so they have built a little box with electronic components and sensors to send it in the Stratosphere.
C30 - Buzzi Space Trip - Un'avventura spaziale
2015
Back Data updated on 2022-11-08 - 10.59.34 am