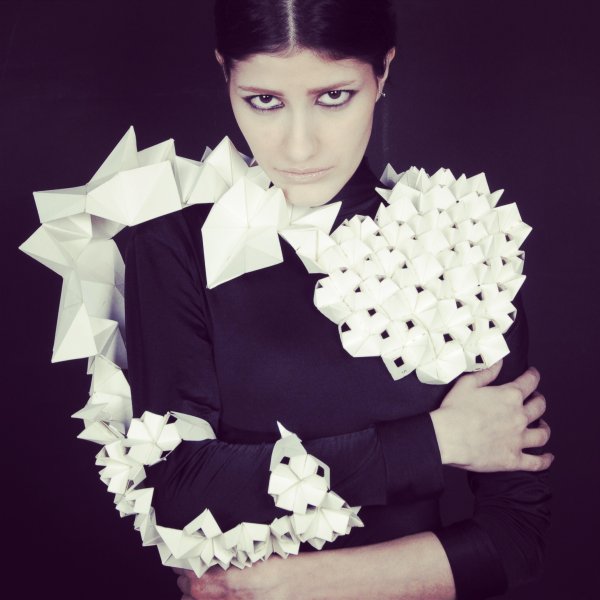 The idea is to expose the results of a 10-day design and research workshop in Teheran exploring the
new computational design methods and techniques as tools for creative expression and design intelligence.
The workshop immerses students into computational design thinking and the exploration of the new design possibilities associated with it and it seeks to create an inventive and collaborative environment in which investigate the overlap between architecture and fashion. The students will appropriate themselves with the design tools and software needed to design and fabricate complex geometry in computational fashion design; with a specific focus on the use of generative systems and parametric modelling they will create a ‘code-structed garment’. By employing computer-aided manufacturing tools and processes they will materialized their ideas and test the design performance (geometrical, ergonomical, material, etc.) in real time.
It has been always precedent that design methodologies in each field flows over others. As so, appearing of Parametricism in architecture proposed tools and methods along with a distinctive aesthetic sense which can be implemented in other design disciplines. The research nature of workshop provides a laboratory atmosphere to test, study and observe material behavior, fabrication techniques and digital tools as inspiration to devise novel designs in fashion. In this way there are additional challenges such as body dynamism that Parametricism has less chance to face with them in architectural discourses and they open a new field of possibilities.
Research in architecture and the design discipline must involve experimental and prototyping (including prototype testing). In graphic design and in fashion design there are no obstacles in enfolding experimentation and prototyping within the design process itself. In industrial design the design research is also enfolded within the design process, or it becomes part of a differentiated, dedicated R&D process that integrates design with engineering. However, research and design are nearly indistinguishable here.

WHY FASHION?
Fashion and Architecture are both based on basic life necessities – clothing and shelter. However, they are also forms of self-expression – for both creators and consumers. Fashion and architecture express ideas of personal, social and cultural identity, reflecting the concerns of the user and the ambition of the age. Their relationship is a symbiotic one and throughout history, clothing and buildings have echoed each other in form and appearance. This only seems natural as they not only share the primary function of providing shelter and protection for the body, but also because they both create space and volume out of flat, two-dimensional materials.While they have much in common, they are also intrinsically different – address the human scale, but the proportions, sizes and shapes differ enormously.
In this regard the main workshop focus is placed on two parts, the physical and the digital experiments working in a reciprocal process to benefit the most of each other. In the physical part, fabrication techniques and material behaviour will be investigated while in the digital part, simulation of physical experiments as well as computational concepts will be studied.

TECHNICAL BRIEF
In the early stages physical models and low-tech strategies will be used, allowing the participants to gain a greater understanding of materials, fabrication and assembly methods as well as simple, yet pragmatic structural solutions. Later these strategies will be digitalized and elaborated using software visualization tools such as Rhinoceros, T-Spline and the algorithmic plug-in Grasshopper. Finally, each projects will move to the fabrication part, using 3D printing or laser cutting and any other adequate and available CAM tool. 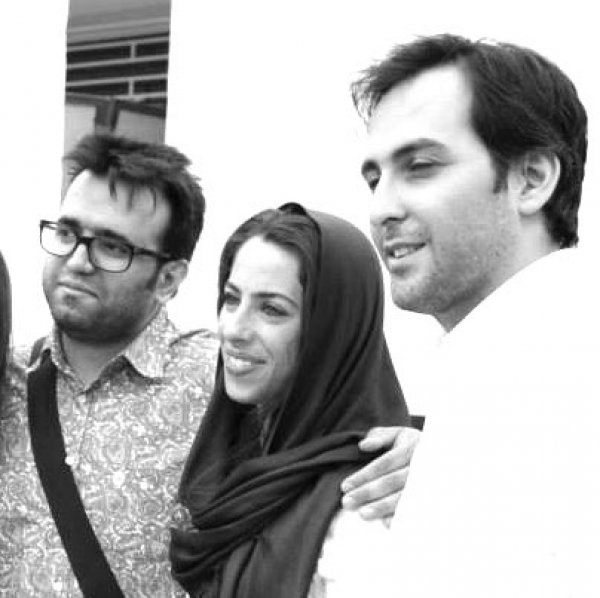 Michela Musto is an artist, architect and designer. She had been working for the top tier firms of the world of architecture, such as Foster+ Partners and Pica Ciamarra Associates. Her involvement with the world of architecture come along a deep interest of computational sciences and rapid prototyping techniques. Her career as a fashion designer started after her studies at the Architectural Association School of London. Researching over the relation between Fashion and morphogenetics, she had been teaching in Iran, UK and Italy and had been creating her first collection for the Maker Faire 2014 in Rome. Lecturer for the event Fashion Through History, held in La Sapienza University of Rome. Art director of the Académie d’art et musique of Naples and curator of its photography, art and design exhibitions.

Vahid Eshraghi is an architect and photographer. He started studying architecture in 2002 at Islamic Azad University Tehran Central Branch. He obtained MArch on Architectural Technology at University of Tehran in 2012 and MArch Architecture and Urbanism (Design Research Lab) at AA School of Architecture in 2013 where he worked with Patrik Schumacher as a student and presented his Research based design on Parametric Semiology. He started his collaboration with Zaha Hadid Architects in 2013 until 2014 where he worked on number of projects such as Macau Melco Crown Hotel&Casino. In 2014 founded VEA Studio in Tehran and started practicing computational methodology in other fields of art such as Fashion and furniture design beside of architecture. Since then he has been teaching on number of workshops such as Parametric Fashion and weaving patterns.

Arian Hakimi Nejad is Persian Architect, Photographer & Painter. In 2004 he started his undergraduate studies in India (U of Pune – MMCA), on 2006 he continued his further studying at (U of Tehran – Faculty of Fine Arts) from which he received his B.Arch. for his thesis project (Persian Museum of Lost Arts) for that, he started practicing Persian Glass Reverse Painting for 2 years which some of his paintings were shown in 2 exhibitions in Tehran. In 2011 he came to Barcelona to continue his graduate studies at IaaC – UPC, during his time in IaaC, he attended the Emergent Territories studio by Willy Muller & Maite Bravo 2011-12, and his research was on Future cities (how real time data could affect the shape of the cities), Where he and Diana Nitreanu presented the project for the M.Arch I thesis, an extension urban zone Barcelona, where the buildings reshape themselves the several data parameters. In 2012 he continued his further research on Solar houses with Jordi Pages I Ramon and Lluís Viu Rebés. With the concept of how the intelligence of architectural form of a building could affect the energy efficiency of the buildings. The project has been well received as an innovative solution on how the transformation of data in mathematics could optimize the architectural form. Since 2012, he started collaborating with Laboratorul de Arhitectura and as main instructor in Parametrica [Digi Fab School]. Both from Bucharest, Romania. He has conducted several workshops in different countries. Currently he is working at Zaha Hadid, where he conducts researches in the various fields such as Bio digital Architecture and Parametric Design.
#Fashion
N13 - TechBAGs, Re-Coding Fashion
2015
Other project in this stand
Back
Data updated on 2020-12-13 - 11.41.04 pm