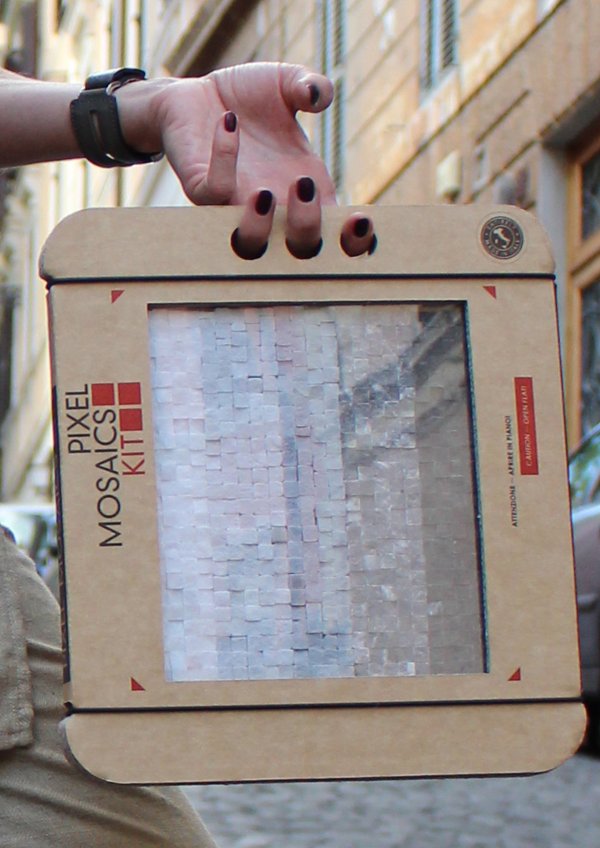 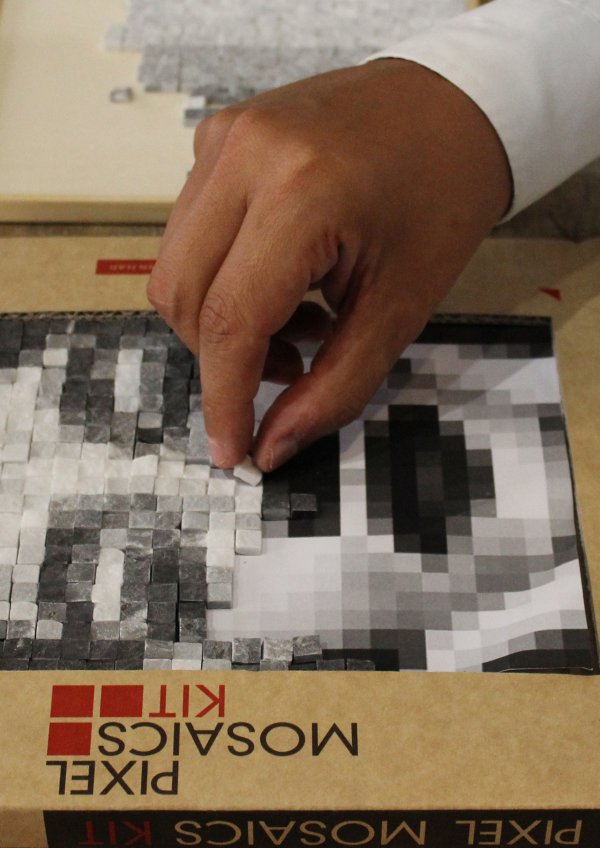 PIXEL MOSAICS KIT
was born in a workshop in the heart of Rome, where you can find more than a century of our family job.
Pixel Mosaics Kit enables you to make mosaics with the supplied marble tiles from any photos or graphics, allowing you to approach an ancient handcrafts technique.
In www.pixelmosaics.com your own images can be transformed into pixel patterns to lay tiles on the corresponding tones of grey; the range of different shades, surfaces and thicknesses given by genuine marble tiles allows your own personal interpretation. 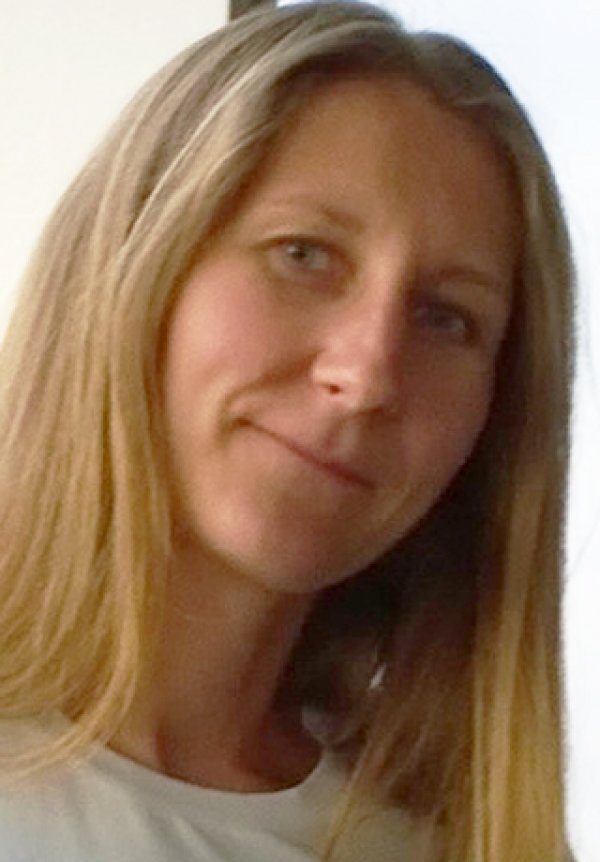 Uliana Medikova was born in 1979 in Russia; after her studies in drawing and painting in Moscow, she studied Interior Design at IED in Rome, where she established since 2000. She began practicing mosaics since 2004 at Studio Cassio, that became her own company in 2010.

Stefano Cassio was born in 1955 in Rome, where he graduated architect; further studies about architecture and design in Vienna. Started teaching since 1987 at IED Rome, where he also managed IED Design (2000-09) and the Research Centre (2009-13). Still teaching at IED and La Sapienza.
Since 2009 chairs ADI Lazio, regional section of the italian Association for Industrial Design.
#Architecture #Art
P54 - PIXEL MOSAICS KIT
2015
Back Data updated on 2022-11-08 - 10.59.34 am