A Responsive Surface is an architecture able to model its own shape in relation to contextual specific impulses. The surface shapes itself differently depending on the stimuli which are related to a spectrum of variables classified as sensors. The deformation of the surface happens subsequently to the received impulse: the dynamism of these structures is then the result of the interaction between the end-user, who acts upon the sensors, and the surface, which modifies its own shape after having been subjected to the stimuli of the sensors. Parametric Hybrid Wall not only presents these preliminary characteristics, hence resulting to be a responsive surface, but also it outlines a further process which combines the planning parametric approach with specific instruments for Open Source and Low Cost modelling and prototyping.
The implementation of the Parametric Hybrid Wall for exhibition design purposes can be achieved through the development of a responsive surface by means of Open Source Instruments and methods, to the benefit of a low cost prototyping.
Italy
WEB 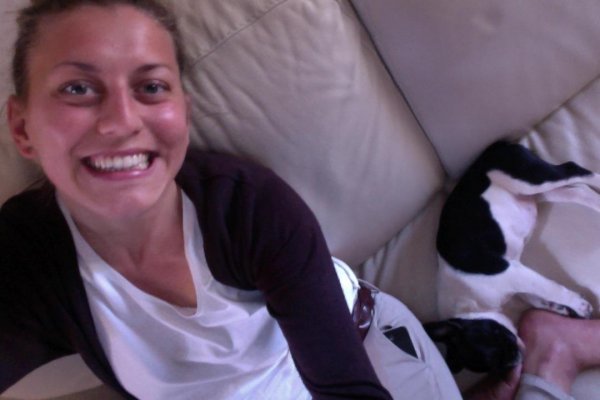 Cecilia Lalatta Costerbosa was born in november 1989 in Genoa, Italy.

She undergraduated in Interior Design at the Polytechnic of Milan and then she took the Master Degree in Design, Visual Communication and Multimedia at the University of Rome with honors and right to publish her thesis.

The thesis project “Responsive Surfaces: Parametric Hybrid Wall for Exhibition Design” took part in february 2014 at the International Conference called Aplimat (International conference of applied mathematics), which is held annually in the city of Bratislava, Slovakia, receiving great acclaim.
With the same project she presented the OPEN DIAG” of the Faculty of Computer Engineering and different other Open Days of the Faculty of Engineering.
She attended the 'Arduino Day in Rome held at the Temple of Hadrian last March 28 to 29, in August she became co-founder of FabLab of Imperia and now she organizes courses and workshops for 3D printing.
In October, she exhibited the prototype developed after the first models, during the European Maker Faire and the Innovation Week at the Auditorium Parco della Musica, Rome.
From the 7th to the 10th of December in collaboration with Ars Electronica, based in Linz, she exhibited the improved Responsive Wall for ITU Telecom World, during the Open Call for Innovations in Doha, Qatar. The new prototype has been recognised as one of the most interesting projects on the scene at the moment.


Currently she is working as a teacher assistant at the Faculty of Design for Interactive Products classes at La Sapienza of Rome. In november 2013 she started working at Studiomartino.5 by Carlo Martino as a freelance designer. The studio edits the art direction of' Catalano company. Always with Architect Martino, she follows different research projects. She has recently started a 'research in two collaboration with the Department of Computer Engineering, automatic management and with the Department PDTA (Department of Planning, Design, Technology Architecture), with which she has already closed three european projects about Smart Factories , Immersive Environments and Cognitive Behavioural Empathy in the context of A.I.

Her plans are to work in the field of Exhibiton Design using computational instruments for innovative concepts.