DRT designs and produces spare parts for enhancing the performance of legendary motorcycles like Vespa, Lambretta and the likes.
Italy
WEB 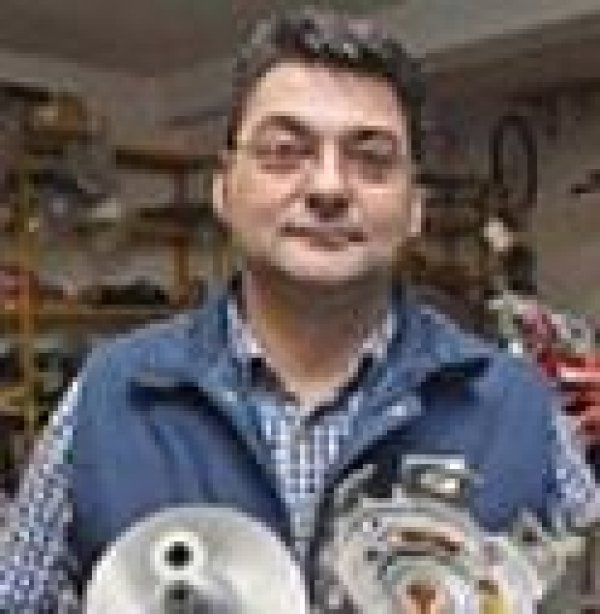 ...The Vespa 50 special... My adolescent lifestyle underwent a radical change from the day I received this Vespa. The more familiar I became with the scooter the greater were my demands that it take me afar. Thatâ€™s how a motor racing passion started that grew over the years to the point that I decided to set up a workshop.
After great success and satisfaction, the fast and interminable decline of the Vespa began with the scrap yard at the end. Despite trying to save as many as possible from the incentive measures designed to replace them with more technologically modern means of transport, oblivion seemed inevitable.
Some boys who had founded the local Vespa Club came to me wanting some engines for long journeys. One of them in particular had decided to do solitary endurance trips: go to Barcelona and back. He left Treviso on a PX, arrived in Spain and decided to extend his trip by going first to Lisbon and then passing through Paris on the return leg. The horizon, however, never seemed vast enough for him. In the end he decided to travel as far as the North Cape: he got there using up more tyres than petrol. The return trip was Italian style: a short cut via Krakow to enjoy the view, right up to the Russian border, and from those wild lost places he pressed forward as quickly as possible until he got back to Treviso. The engine didnâ€™t flinch.
In the meantime the passion for scooters was once again rampant!
The Vittorio Veneto 6-hour endurance trial also made a comeback.
The Vespa Club pressed me for something new for the extremely hard competition.
After finely tuning the engine just one thing was missing: a dedicated gearbox.
With the help of a designer and a manufacturer, I made a very special gear that could be inserted without modifying anything in the engine, while optimizing performance. It was a success! Although a bad fall halfway through the competition shattered all hopes of any possible victory, the performance of the Vespa had not, however, passed unnoticed.
From the 5 prototype gears constructed specially for that occasion, in just 3 years DRT has become a business concern that makes continually evolving gears for engines of all types and exports to 36 countries worldwide.
An acknowledgement to all those who have contributed and are still contributing to making the products even better.