The project aims to highlight the relationship (first instance in Italy), recently instituted between Fablab Palermo and the Leroy Merlin Palermo Mondello store.
By offering design ideas to clients of Leroy Merlin Palermo Mondello, producible with laser cutting, we want to show how the skills and the tools of a FabLab are able to generate a new economic outlook, fueled by the desire for customization, that the makers typically have.
The FabLab Palermo, that will move his laboratory in the store for a specified period, will design furnishings and home accessories, mainly assemblable with joints, without the use of nails, screws or glue, having original design, showing to the customers the benefits linked to the "open peer to peer design", not standardized, tailored according to personal needs, low cost, sustainable, on demand, without transport or warehouse costs.
The FabLab Palermo would like to fit out the stand (which must therefore be very large) with its productions, physically bringing examples of furniture in scale 1: 1 (desks, chairs, tables, bookcases, lamps), to tell that the basic principles of the new economy, generated from maker's philosophy, are understood and shared also by large multinationals such as Leroy Merlin Palermo Mondello. 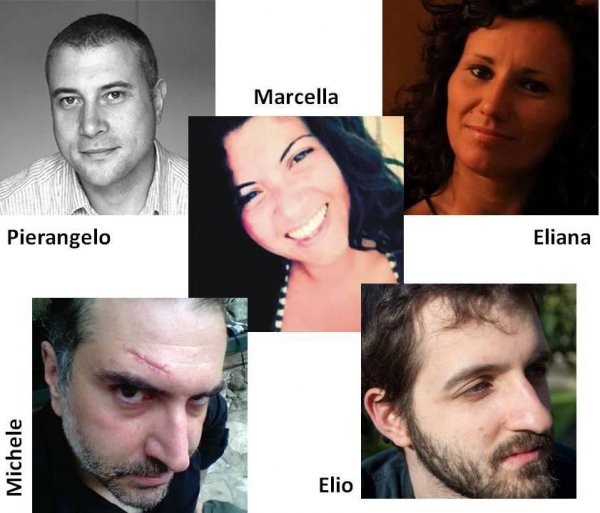 The FabLab Palermo is an association of social promotion that was founded in June of 2013 at the behest of three architects: Demetrio Siragusa, Michele Ivan Pizzuto and Marcella Pizzuto.
It's the first Sicilian FabLab, and at the time it was the first FabLab in the south of Italy, from Naples down.
It immediately took part in the Italian network of FabLab, coming into contact with makers of other cities and participating in the meetings as the most important, the national "Maker Faire Rome" (editions of 2013 and 2014). It began to be known in its area through thematic talks and workshops about Arduino and 3D printing, involving in its management, people not directly related to the technological side, as Eliana Messineo, who mainly deals with cultural tourism, by creating more and more links with innovation technology and society. In tourism, for example, the "Tisky Tosky" project was born, based on a new concept of modern, lightweight, low cost and sustainable souvenirs. Then Elio Lo Mauro, hacker / geek and Pierangelo Di Benedetto, mechanical engineer, designer and 3D modeler, joined the group. The FabLab Palermo, works as an aggregator of professionals, craftsmen, artists, as well as other entities that, within its hub, have the opportunity to meet, learn and carry out projects together. Lately the FabLab Palermo is deepening the 3D printing-medicine binomial, getting in touch with the University of Caltanissetta. Recently the FabLab Palermo has moved into the rising “PMO coworking”, to try to reinforce his action of sharing and collaboration. In addition, from June, his laboratory and the machines will be installed at the "Leroy Merlin Palermo Mondello" store, to begin designing customizable wooden furnishings and accessories.