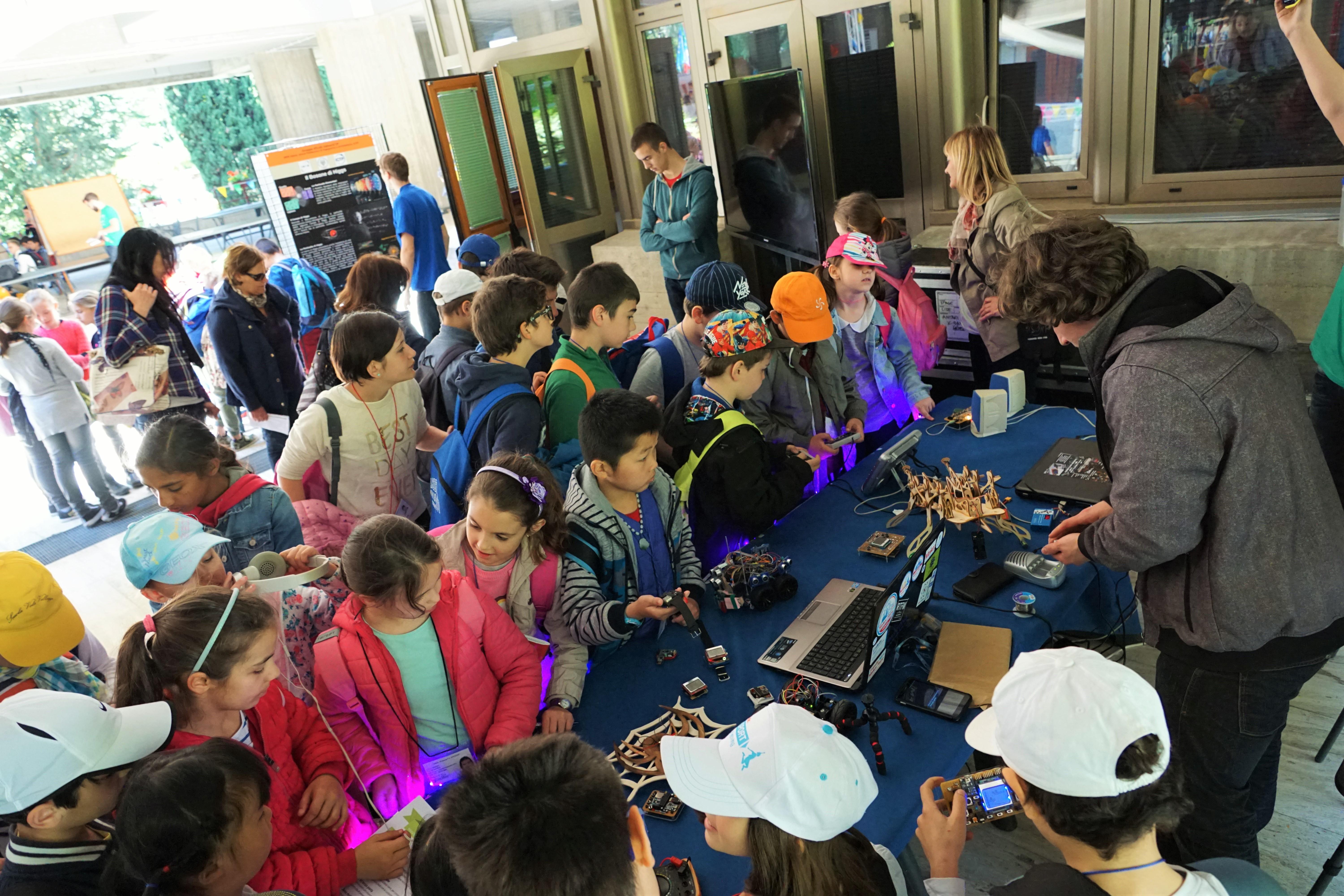 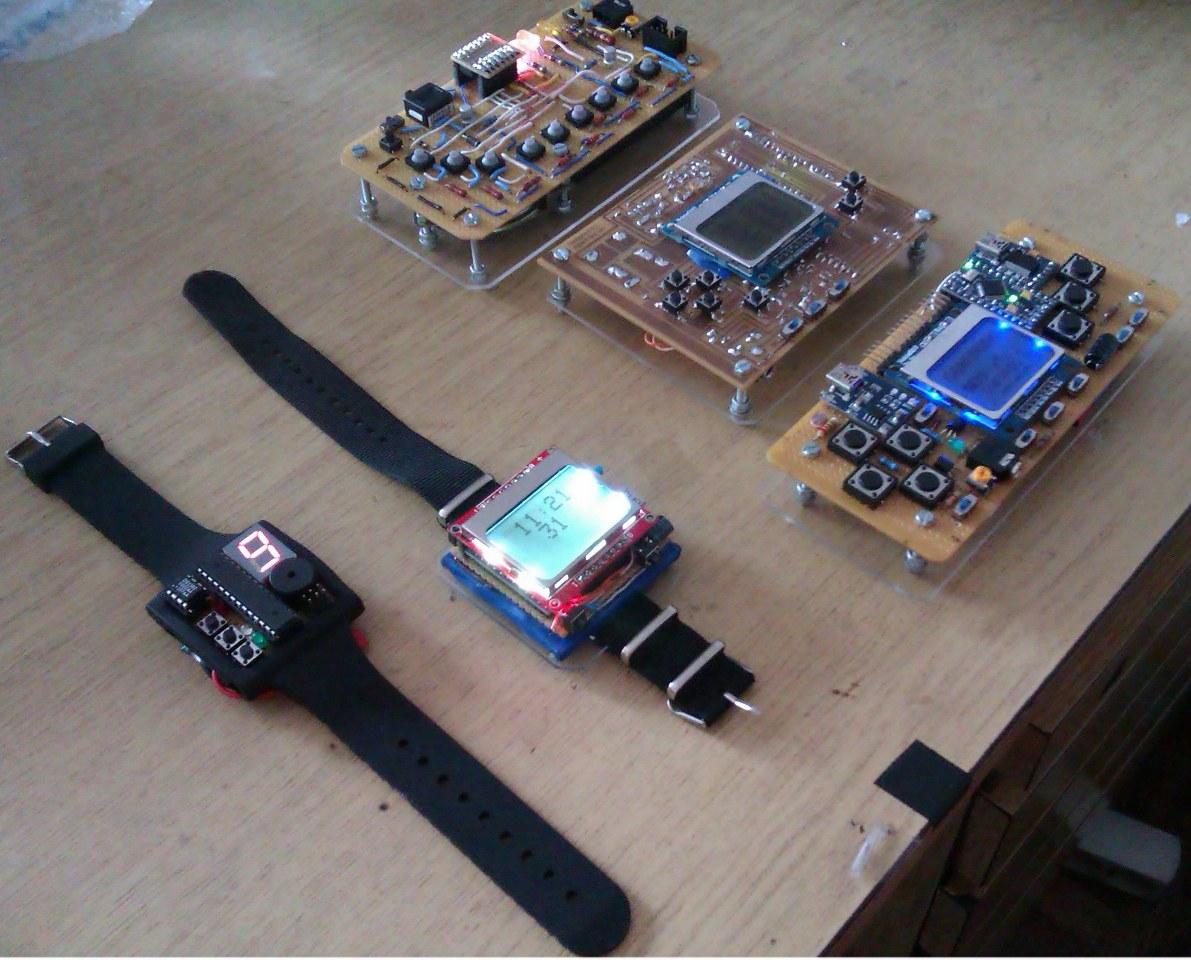 Circuitmess represents the work and enthusiasm of a few young technology enthusiasts from Croatia.
We travel around the world competing on various robotics, programming, informatics and physics competitions. So far we've participated on numerous international local competitions and events, including: Maker Faires, Hackathons, RoboCup competitions, Science picnics...
Our work is mainly based on creative use of electronics and robotics, especially microcontrollers and computers (like Arduino and Raspberry Pi).
We also combine skills required to build complex circuits with PCB designing skills and 3D printing.
We'll come to Maker Faire Rome to share our work with other technology enthusiasts alike.

Our exhibits include lots of interactivity, which is really important on Maker Faires and shows alike. On our stand, visitors could play a round of homemade multiplayer Tetris with their friends on DIY game consoles, try out a homemade smartwatch or music player, control a hexapod with a smartphone, or try synthesizing some music on a homemade sound synthesizer.

Circuitmess is actually a group of projects, and you can read more about it on: circuitmess.com (currently down because of editing), crobotix.com and facebook.com/crobotix.

Support and share our latest project, a DIY gaming gadget designed to teach you STEM in and easy and fun way: http://www.makerbuino.com/
Croatia 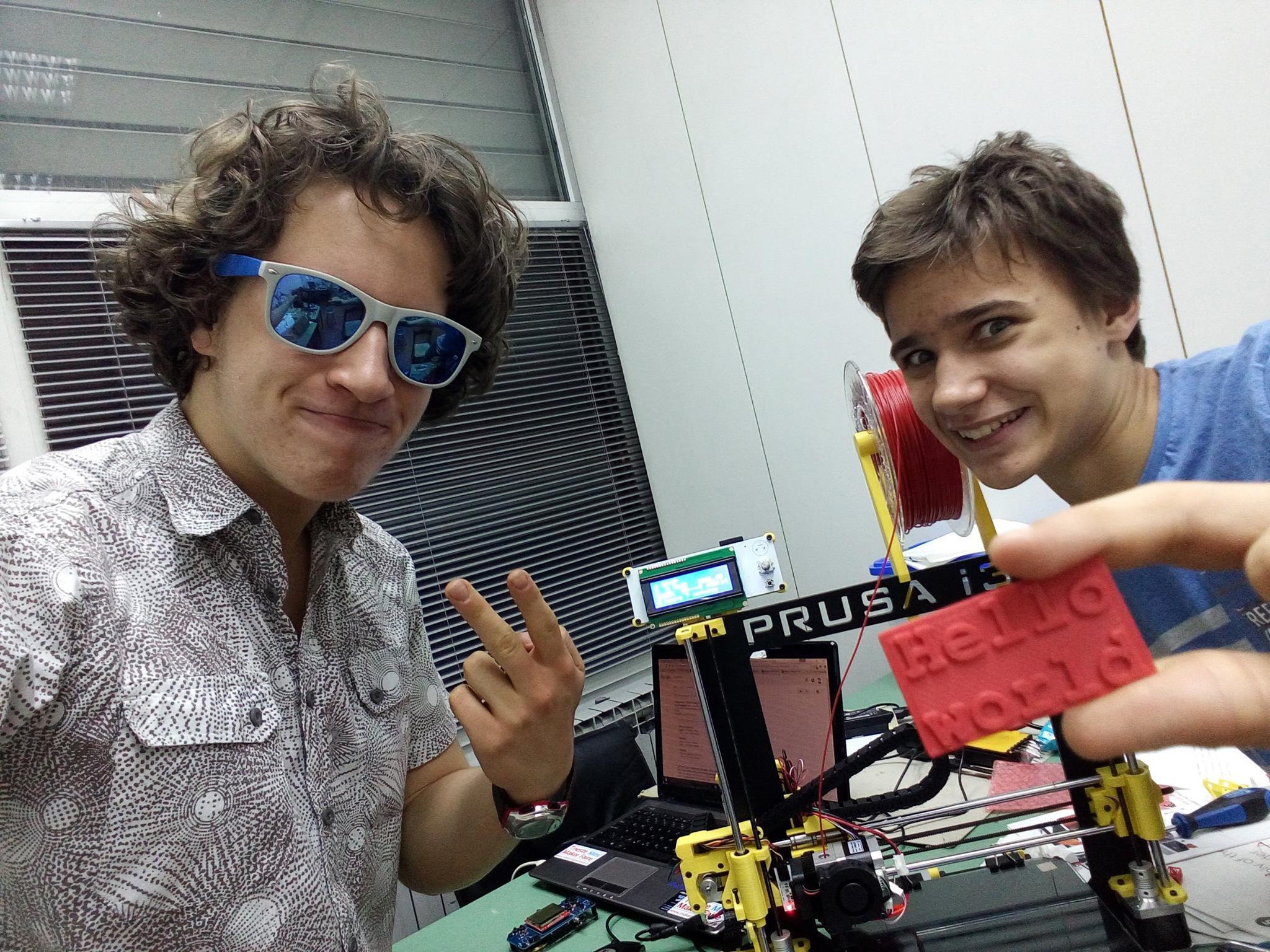 Albert and Emil are two brothers from Croatia. They work together on various projects based on microcontrollers, electronics, 3D printing and various other skills. Albert is a student of a secondary school in Croatia. His brother Emil is a primary school student. Together, they travel to various competitions and exhibitions to show they work and knowledge.
Albert's and Emil's father, Zoran GajÅ¡ak, is also listed. He helps a lot, gives money for electronic components and sometimes shows a few tricks, since he is a mechanical engineer and a teacher in a secondary school in Croatia.
#3D printing #Arduino #Education #Games #Hacks #Music & Sound #Open Source #Robotics #Science #Young Makers (< 18)
C9 (pav. 9) - Albert GajÅ¡ak, Emil GajÅ¡ak, Zoran GajÅ¡ak
2016
Back Data updated on 2022-11-08 - 10.59.34 am