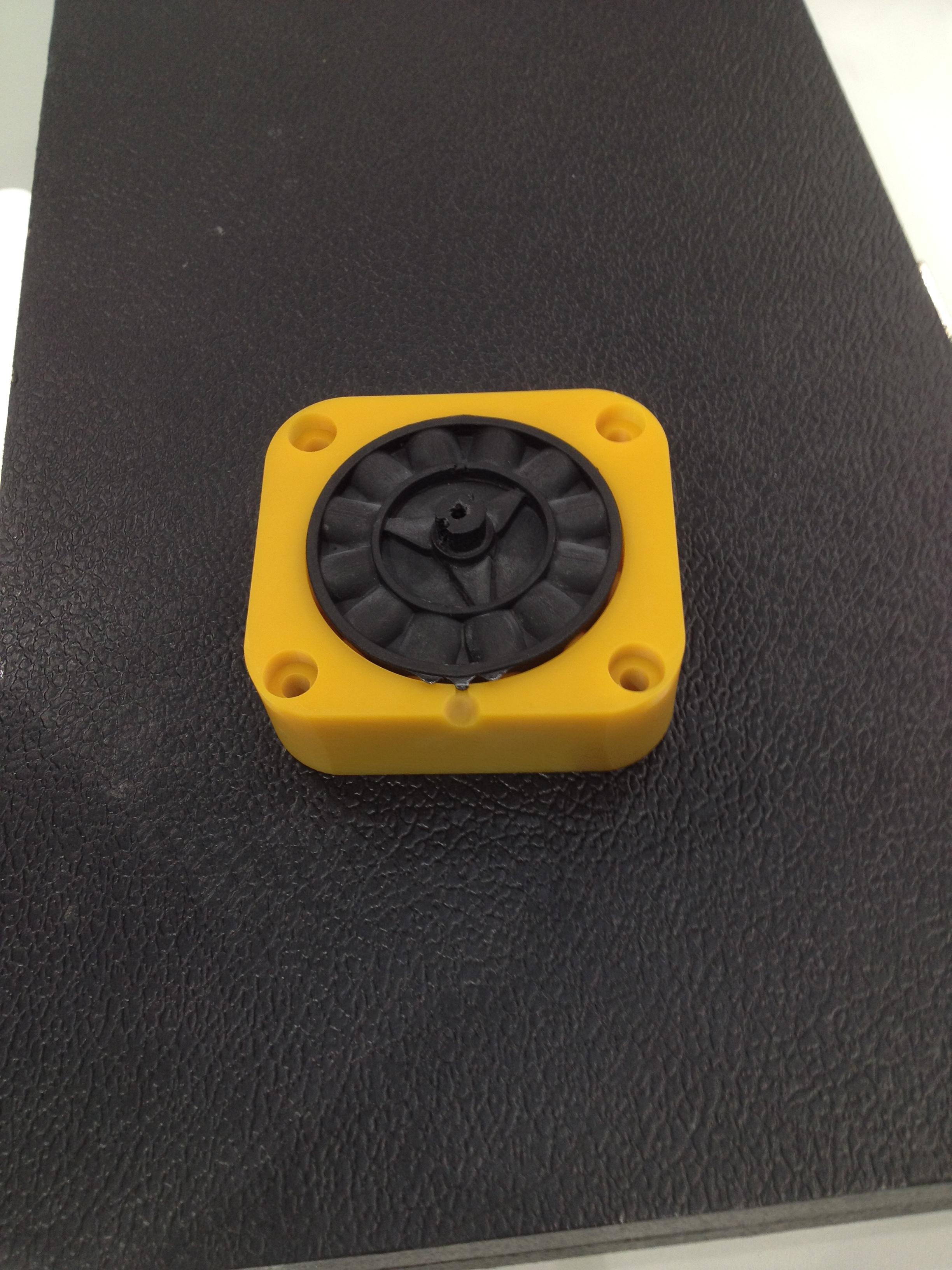 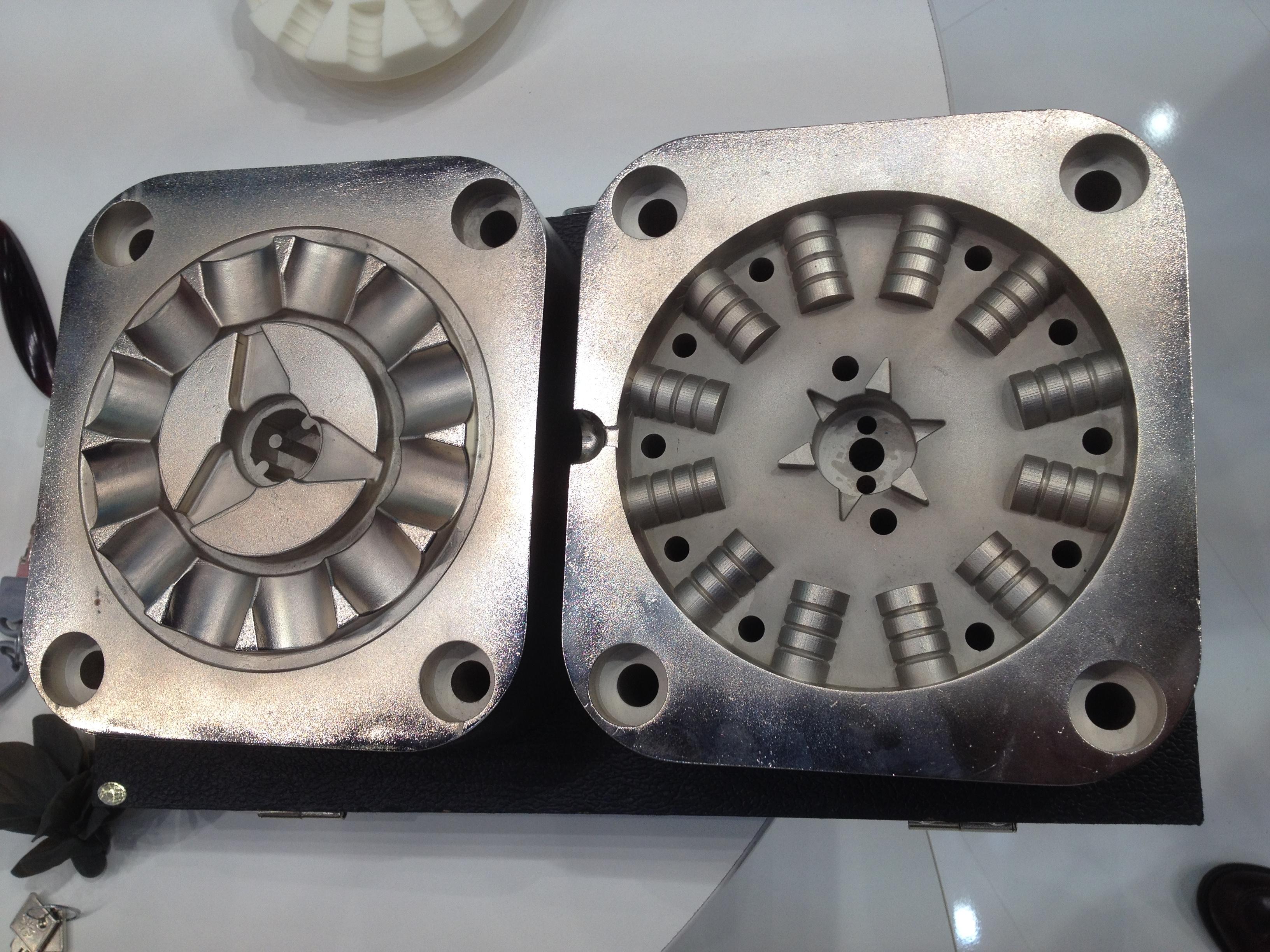 
One of the main problems of the production of small batches of objects in plastic materials with injection molding machines is the one of the times and costs of realization of the molds.
3D Galaxy has developed expressly dedicated to these problems resins for the realization of bivalve molds through 3D printing intuit the potential is starting, with the aid of the artisan, an experimentation.
Especially want to experience the realization of molds for small batch production (up to 60 pieces) with either carrying injection molding machines with 3D printers envisionTEC as inserts mounted on the universal plates of steel.

With 3D printing technology envisionTEC can be produced very quickly and economically the molds and in a very short time so start the pre-production in small lots or the production of new products, produce various iterations of the same product in order to verify the result and choose the best.

Once defined the 3D models, the time required for the creation of molds lasts a few hours, which reduces the process of producing the mold, it allows to realize complex internal geometries not achievable with normal CNC systems, without prejudice to the possibility of extraction of 'object without damaging the mold, allows to quickly start the production of molded parts.
Once the optimal 3D model the molds can be produced with the 3D printer envisionTEC necessary.
Ability to increase production, speed of execution, and lower costs may be the most important factors in the development of
pre-production or small batch production of plastic articles. This technology could revolutionize the market for spare parts for household appliances or automotive where, instead of huge warehouses containing all the spare parts for various makes and models, you might think you have a digital archive of its 3D models, a park of 3D printing machines and some injection molding machine that could meet the necessary spare parts in a few hours from the time of request. 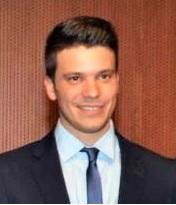 Emanuele Blasso Graduated n Industrial Biotechnology and Galassia 3D Holder.
Galassia 3D is a company, based in Bergamo, which deals with the creation of prototypes and the sale of rapid prototyping systems based on 3D printers.
Galassia 3D began working immediately specializing in the field of rapid prototyping and sale of professional 3D printers, providing full-service consulting and solutions for all types of customers: from the craftsman to large company.
Our goal is to provide each customer with the best tools to produce and maximize investments for immediate productive results.

We provide Systems Prototyping and 3D Printing industrial, dental, jewelry, fashion and much more.
Galassia 3D is the Official Distributor for Italy from 2013 of envisionTEC Systems GmbH, a world leader in high-precision and definition prototyping or 3D printer DLP.
#3D printing
B3 (pav. 8) - Emanuele Balasso
2016
Back Data updated on 2022-11-08 - 10.59.34 am