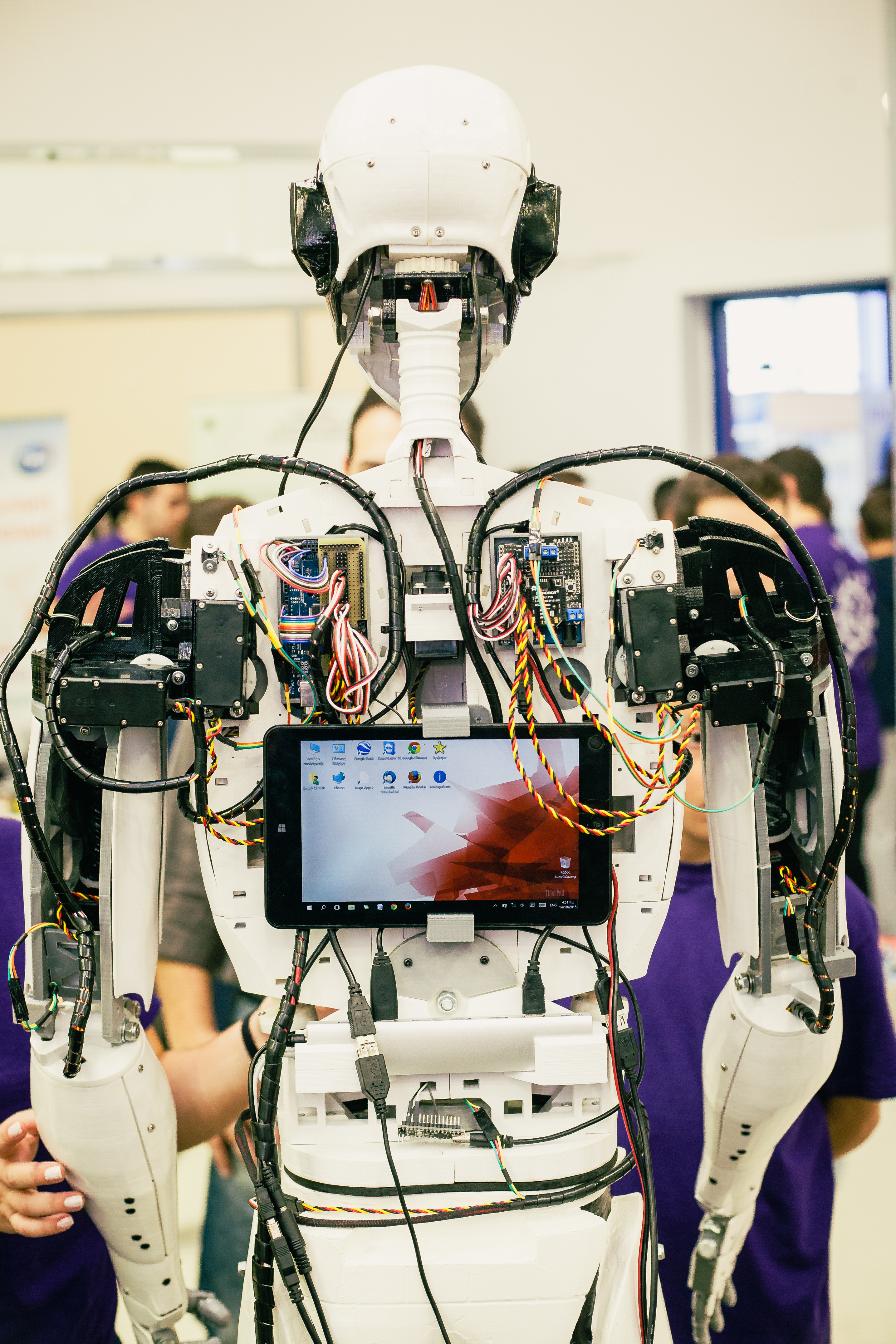 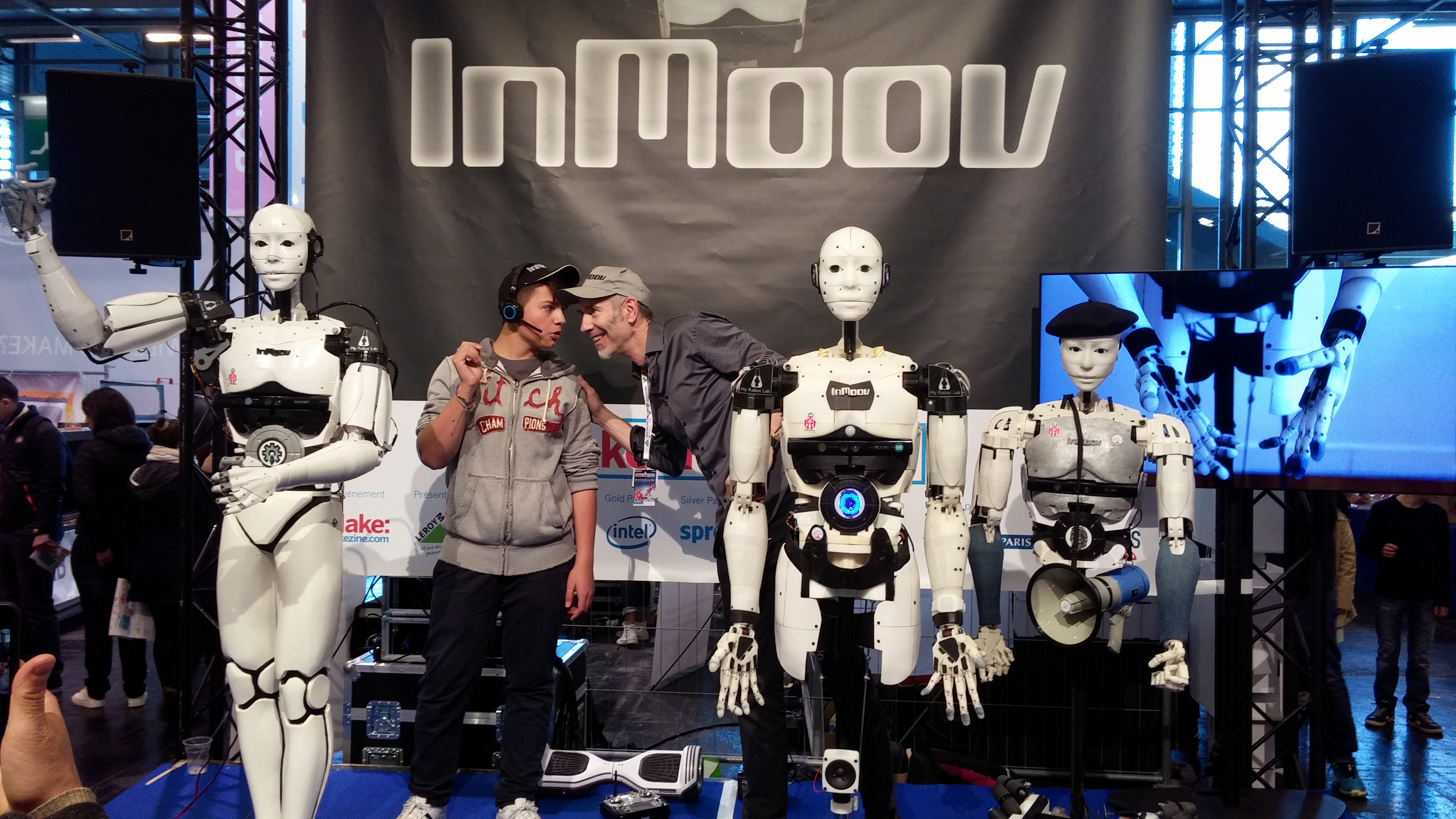 â€œTroopyâ€ is an open source, life-size, fully-functional humanoid robot constructed by our High School student, Dimitris Chatzis.
15-year-old Dimitrisâ€™ feat was a part of â€œInMoovâ€, an open source project run by French sculptor and designer Gael Langevin. â€œInMoovâ€ is Gaelsâ€™ personal project, it was initiated in January 2012 as the first Open Source prosthetic hand, it has lead to projects like Bionico, E-Nable, and many others.
â€œInMoovâ€ is a project based on sharing and community, it is conceived as a development platform for Universities, Laboratories, Hobbyist, but first of all for Makers and it is the first Open Source 3D printed life-size robot.
â€œTroopyâ€ has been 3D-printed exclusively from Dimitrisâ€™Â own three-dimensional printer, and consists of 475 pieces, 30 servo-motors, 2 speakers, xbox-kinect, HD web-cam, two microcontrollers â€œArduinoâ€ and many more. It wasnâ€™t a weekend hobby just for kicks, though. It took a whole year of systematic and daily hard work, more than a kilometer ABS plastic and over 1400 hours of printing, assembly and experimentation.Â
Troopy has many impressive features you expect to see in a life-size robot. It can move its head and eyes independently, and has five degrees of freedom in each arm and sixteen degrees of freedom in each hand. Degrees of freedom (DOF) is a mechanical engineering term used to describe the variation of motion, and most humanoid robot arms have five to seven DOF.
This kind of flexibility enables a humanoid robot to move more like an actual human. In addition to looking and moving similar to a human, â€œTroopyâ€ not only speaks fluent English, but he can sing as well.
All this are possible with â€œMyRobotLabâ€. The operation program could run to an auxiliary computer and communicate and control the robot. Basically uses serial communication to Arduino microcontrollers. The robot operation program is loaded into the microcontroller Arduino programming language "python", consists of thousands of individual orders created by the developer, to give him the opportunity to follow a specific motion-process, behavior, speech, or a combination of them, to imitate complex human movements.
The whole project completed with the lower part, which are the legs that looks like Star Wars Storm-troopers.
Dimitris Chatzis of Kavala/Greece, has become one of the youngest makers on Earth to create and operate aÂ functional Android, life-size, 3D-printed robot!
No matter how cool we think â€œTroopyâ€ is, its maker still sees room for improvements. This is why the robot hasnâ€™t yet morphed into its final form and maybe never will, constantly being improved and updated to carry out the most creative ideas!. 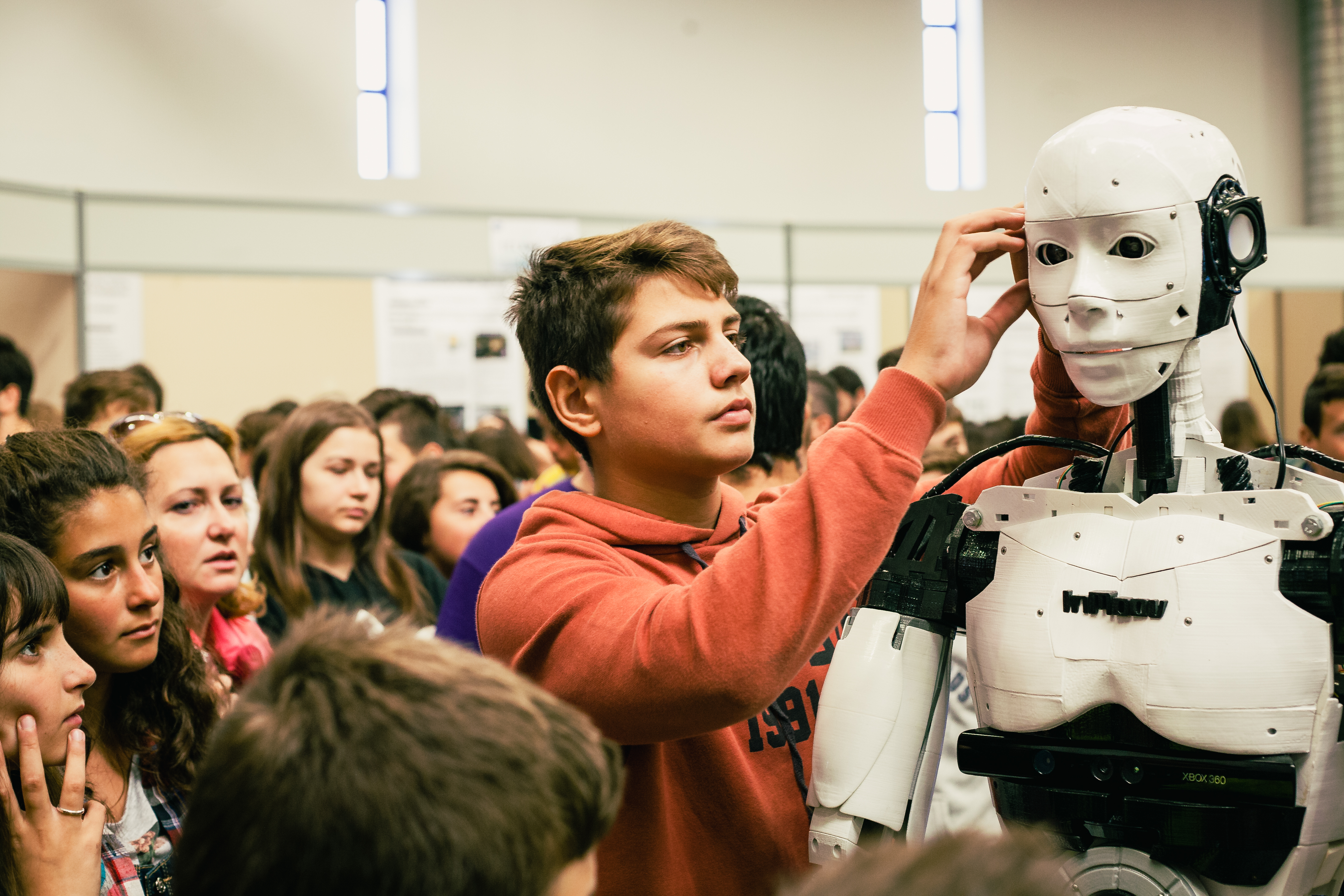