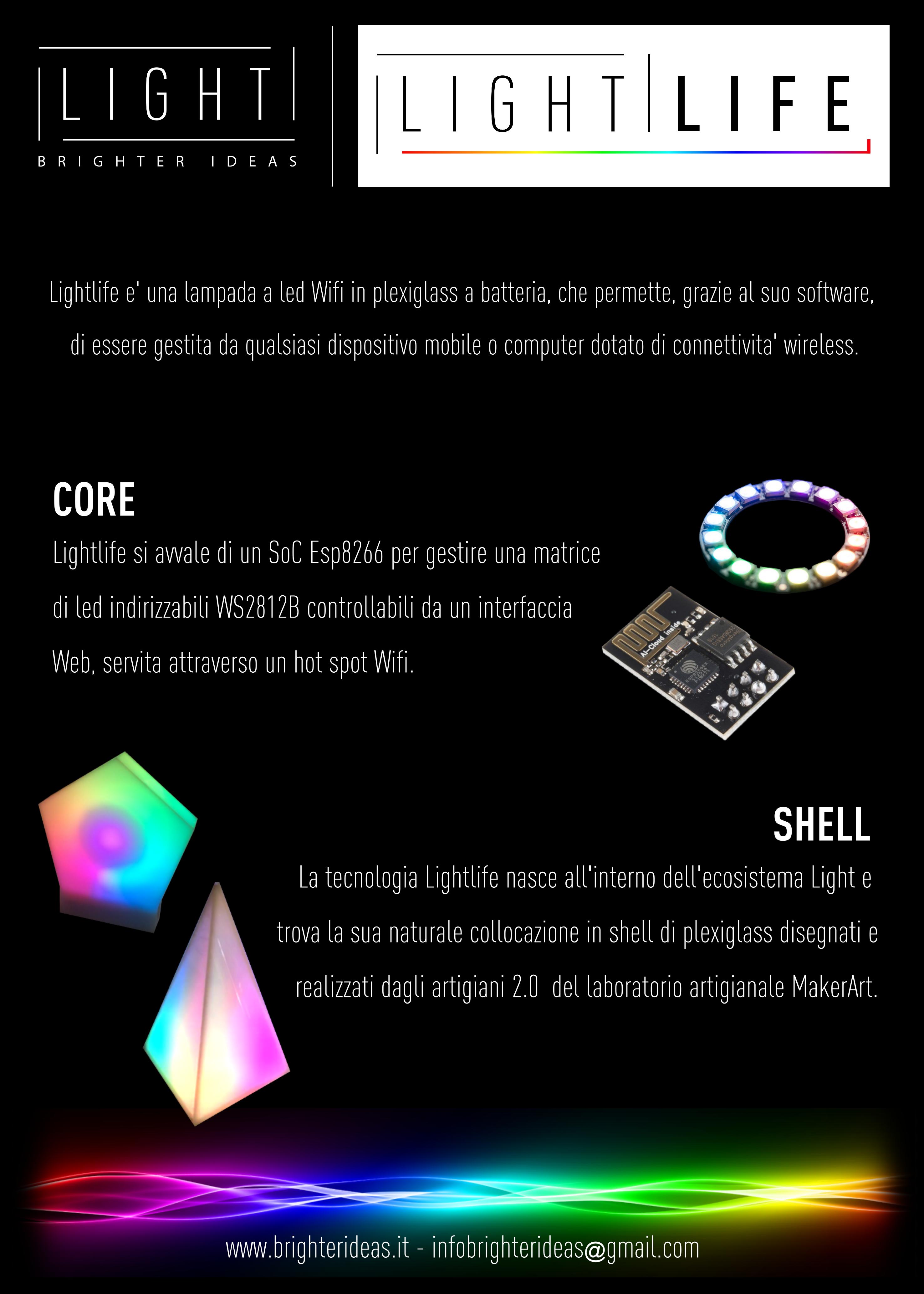 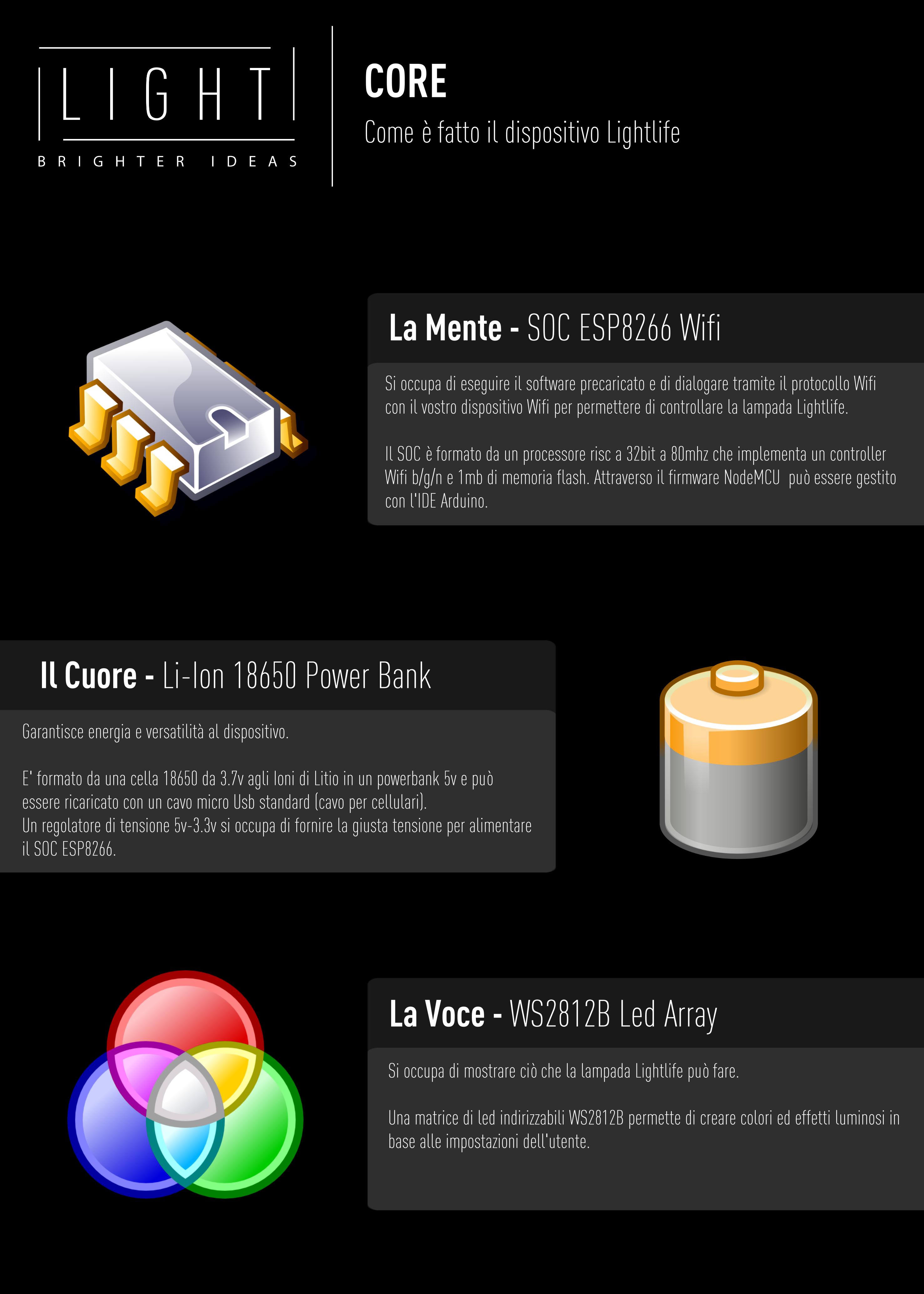 LightLife is a project for battery-powered and mains-operated RGB Led Lamps controllable via wifi.

The electronic part, exploiting the microcontroller Wifi ESP8266-01 and Led WS8212B, is exposed and shared with the aim of promoting replicability of our project.


A manual will be available at the stand, both printed and in electronic format.

The lamps and their enclosures are the result of an original art design made of laser cut plexiglas, assembled by hand. 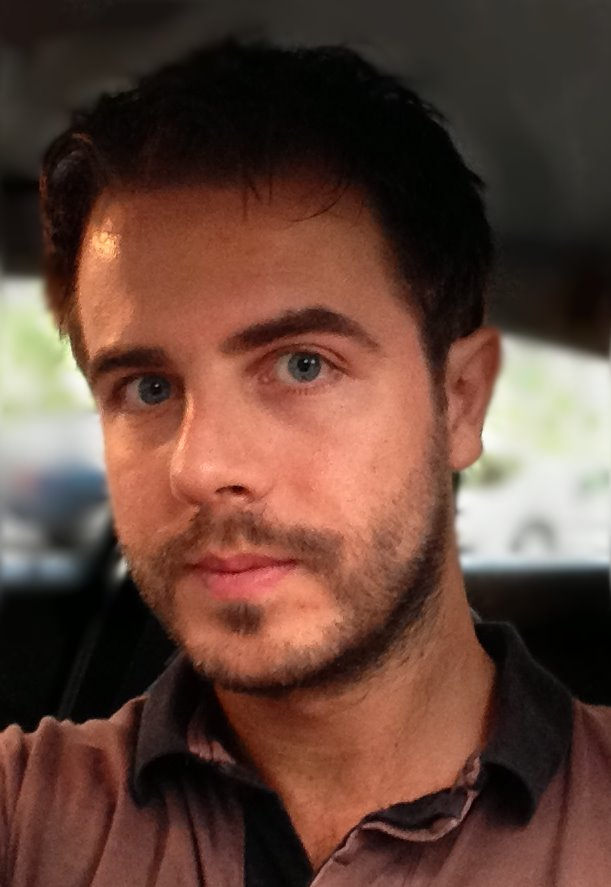 
2006 he realizes VGEXPO, a semi-touchscreen display for retail videogames advertising and selection in specialized shops, directly accessible by customers.

2012-2014 He creates the project Cacce al Tesoro (“Treasure Hunts in Rome”) (www.caccealtesoro.it), with the public event “Gli Angeli Del Borgo” (“The Borgo’s Angels”) to promote the Kapipal campaign for the realization of eight scavenger hunts in Rome, then converted to a team building and private entertainment project.

In 2015 he founds the MakerArt logo as a craft project for the creation of jewelery and three-dimensional objects designed in 3D CAD, and manufactured in laser cut plexiglass and wood.

In 2016 he starts the “Escape From” project for the realization of a dynamic Escape Room (through Arduino) that can dynamically change the puzzles within the escape room, varying players' experience from time to time.