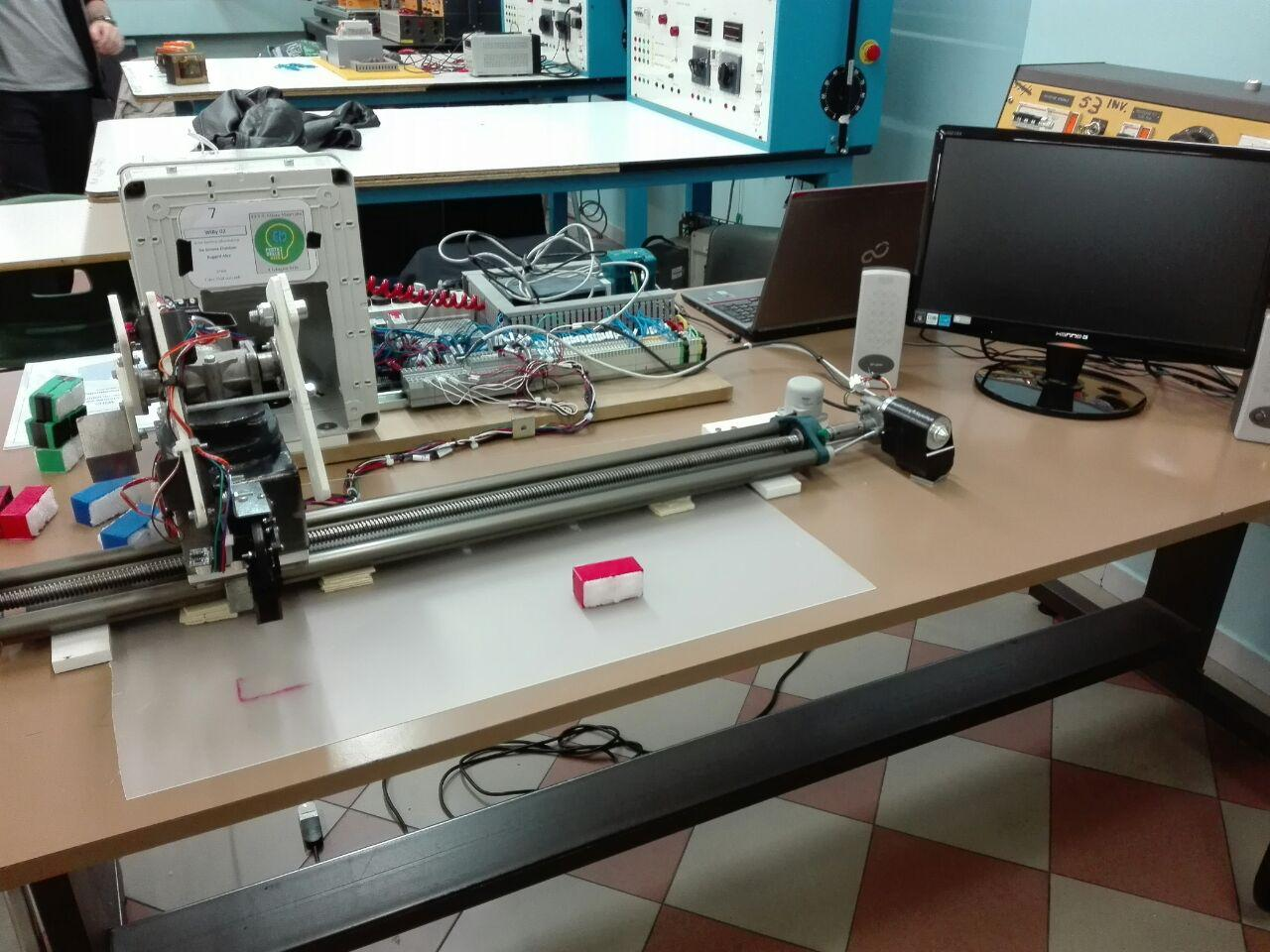 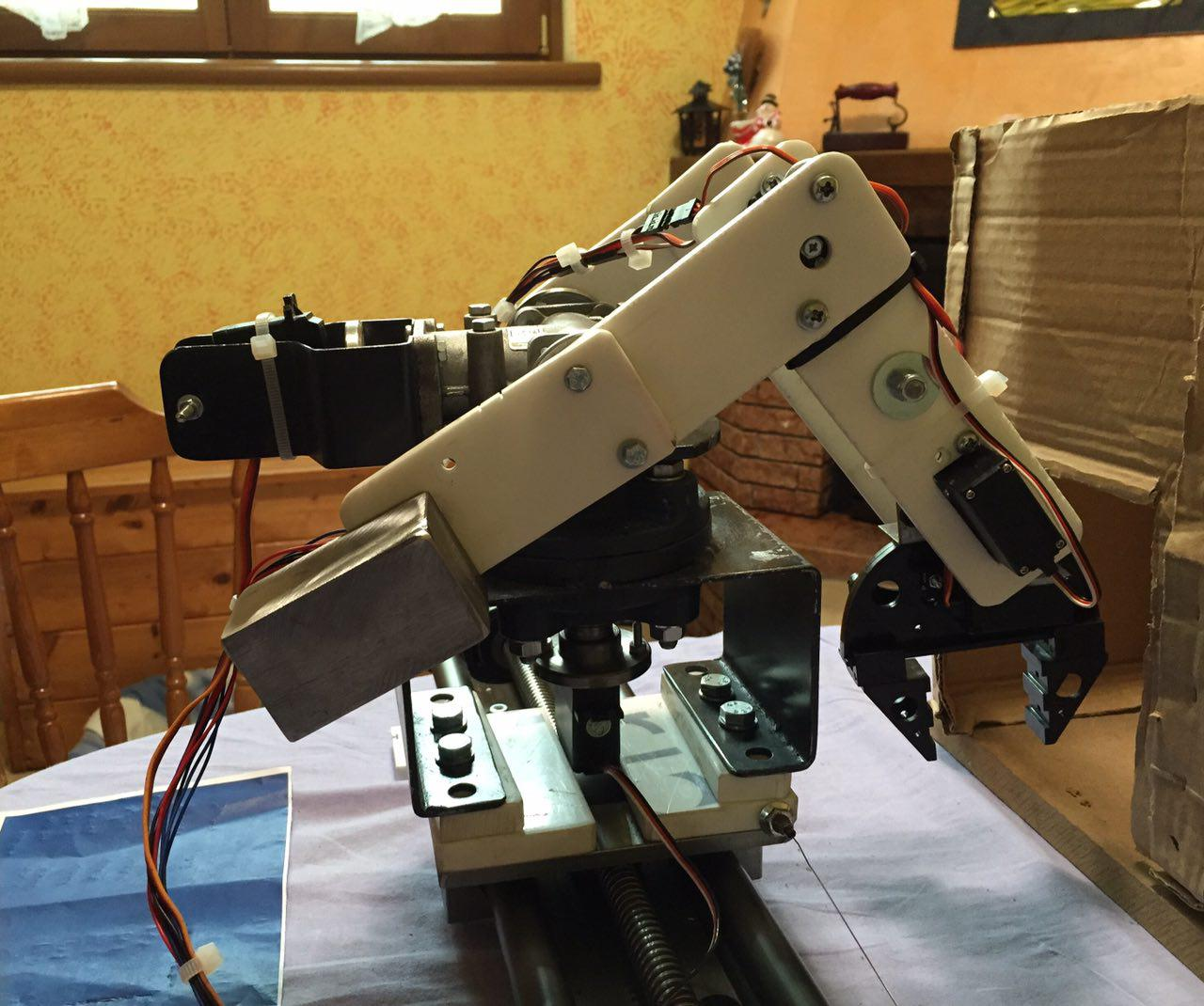 Willy, an artificial vision and automation system.
The ability to see has always been considered an essential activity in everyday life, so much that, among the five senses, sight is the one in which human beings tend to care more. So since its origins the technology has tried to solve the vision problems (corrective lenses), or to artificially reproduce the visual experience to be able to store and reuse it (from photographs to modern video surveillance systems).
Based on the measurements performed by the vision system, a hypothetical automaton is able to carry out different activities, and then to act according to what he sees. Exactly as it happens to a man, it is able to detect, analyze, and act accordingly depending on how it is programmed.
Willy is able to order and move blocks of different color. After being taken through the grippers, it carries each block in a predetermined position. The software we developed is able to take a picture through a camera, to analyze the color and then to make an Arduino Mega able to send the position to a PLC, which will move the roller to the release position. The workpiece is then released by the arm to the position associated with the color. Willy is also able to recognize different voice commands that allow it to interact with the user and perform different functions.
The project consists of three modules:
1. A management software, developed in C #, that allows the arm and voice control and image analysis for color detection
2. Arduino Mega for the management of the movement of the engines and the serial communication
3. PLC for control of the movement of the arm for the achievement of the positions.
The idea is based on a project developed during a school/work experience during which we had the opportunity to work with artificial vision systems developed by leading companies in the industry.
Our idea, initially, was based on a mechanical arm built with plywood, which moved three pieces, sorting them into a completely random position.
The plywood was too fragile. Although the engines were powerful enough, it was easily damaged, making the project impossible.
As a result we decided to opt for a durable, but not too heavy, material. Although the two characteristics are often directly proportional, we were able to reproduce the arm with a material called Corian.
The project is entirely built and developed by two students for their graduation exam thesis. 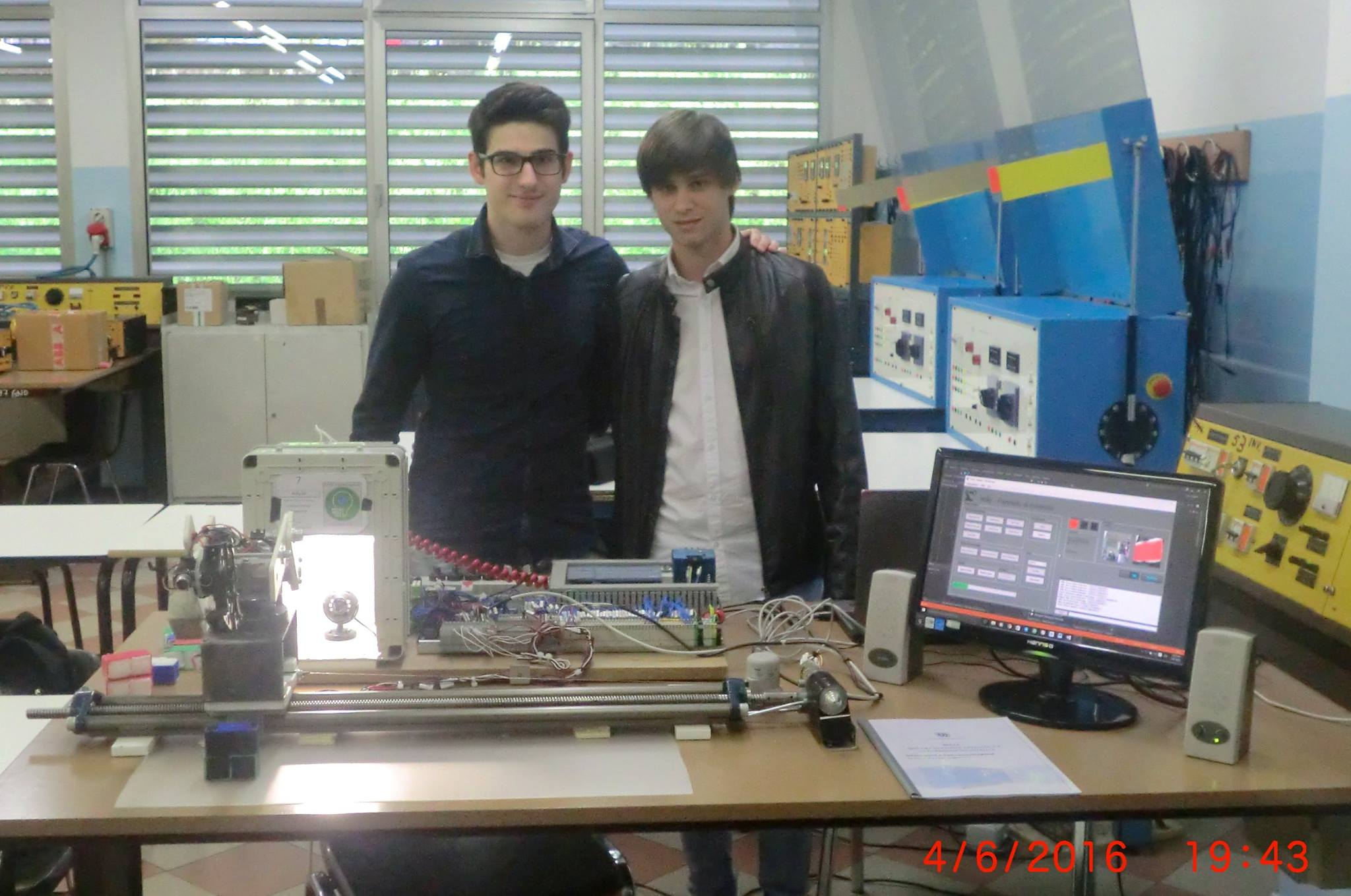