Communication in the Dark @ MFR2016 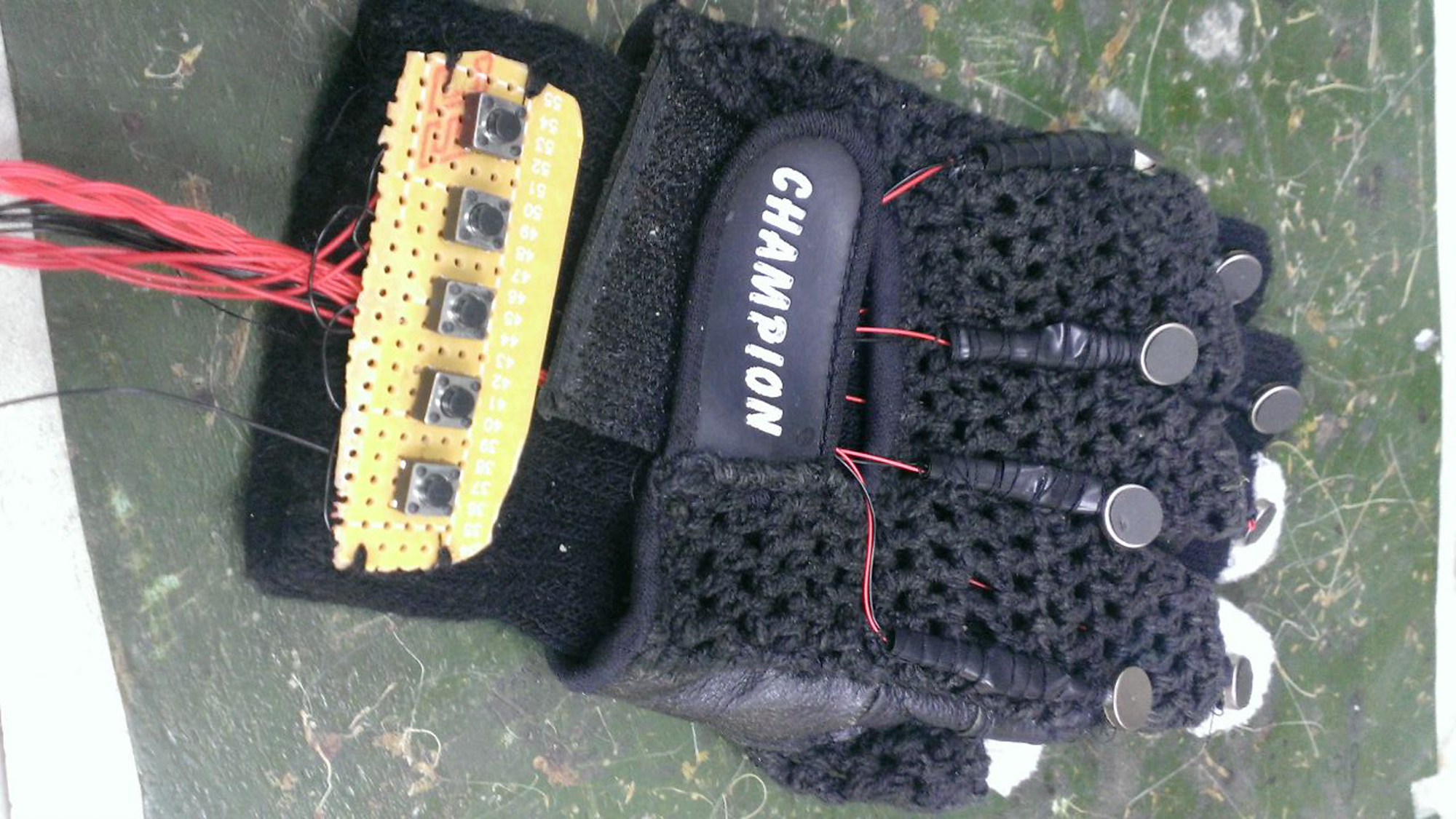 Communication in the Dark

"Hostel Ofek," which is located in our city Holon in Israel, is a place where people who suffer from "Usher Syndrome" live. Usher syndrome is a relatively rare genetic disorder caused by a mutation in any one of at least 11 genes resulting in a combination of a hearing loss and a visual impairment. It is the leading cause of deaf-blindness. Usher syndrome is incurable at present. Those people are isolated from society because they don't have any means of communication.
The way they can communicate with their nurse is called "Glove language". Each different location of the palm of their hands is a letter. The nurse presses on a different location in their palms to spell words they want to tell them and vice versa. This method is very helpful but the patient has got to have a nurse by his side all the time. They can't call her if they need something and if the nurse wants to tell them something she has to be by their side.
To solve this problem, we invented a glove that contains small vibrating motors on it, located in the right positions on the hand. Using a smartphone, the nurse can write a word in the smartphone and send it to the glove (via Bluetooth). The patient gets a vibration in the right places of the hand to get the words the nurse wanted to tell him. To replay the nurse, the glove has some buttons that the patient can press.
This device was invented and developed by three young students "ORT Holon" High School who that study Electronics and Computers Engineering: Sigal Akavian, Avital Amar and Shir Shance