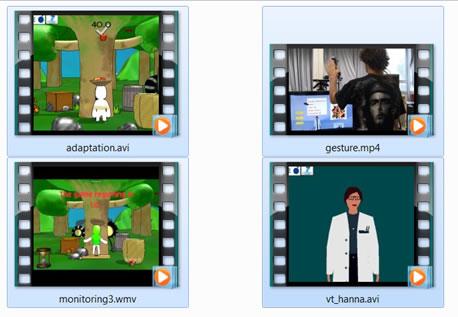 We will present the IGER platform that allows the autonomous rehabilitation in people's own homes, under clinical monitoring. It consists of a two tiered architecture software: a patient station (SP) installed at home and a hospital train (SO) made available via WEB clinicians. The SP is constituted by a PC connected to a TV and use of suitable tracking devices, for example a force platform (Wii) and a 3D room (Kinect) for the postural rehabilitation. The SP proposes to patients exercises based on "exer-game" customized by the physician; a special game engine, which integrates into artificial intelligence, monitors the patient's mind plays and warns him when his movement may be dangerous, then getting the patient safely armies. The interaction with the SP is extremely natural, after starting the PC the user interacts only with on-screen menus and the only games through gestures. The OS is based on web services and provides clinicians with the ability to schedule game sessions / exercise and to customize them to the individual patient using a fixed or mobile terminals. also it allows you to see results over time of the exercises, as well assessing the trend and further adapt the exercises or eventualmetne call the patient for a checkup.
Italy
WEB 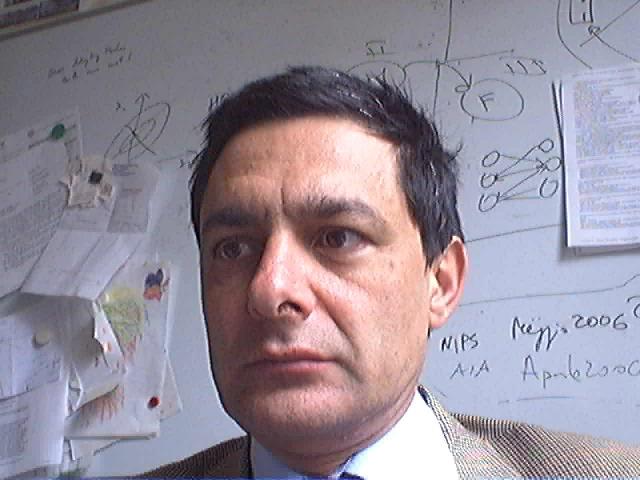 His research activity is based on designing, developing and testing on real-problems, methods and algorithms, based on computational intelligence, with particular attention to limited processing time. In particular, he has developed new methodology for motion capture and computer vision, and multi-scale, adaptive models for predictive regression and for clustering. More recently he has combined the acquired expertise in motion capture with exer-gaming to create innovative platforms for rehabilitation, based on a flexible, configurable game engine endowed with artificial intelligence capabilities. This work has been complemented by research on possible mechanisms of control of Human motion and cognitive processes. In parallel he has been working on the pipe-line of X-ray imaging: from raw data to 3D tomography. Overall he is co-author of more than 60 peer-reviewed journal papers, more than 100 conference reviewed papers and 16 international patents.

Strong ties with industry, that has financed research significantly, has provided direct privileged access to real application that has been both challenging and rewarding for my research group. My research has also been funded also by National and European grants, and in particular by CNR Robocare, PRIN2006 and PRIN2008 grants, and by FITREHAB (Fitness and rehabilitation at home under expert planning, Innovation for Welfare EU project) and by REWIRE (Rehabilitative Wayout In Responsive home Environments, Strep FP7) projects both coordinated by him.

Professional Experience
2000 - Visiting Researcher at the Department of Motion Capture of Electronic Arts, Vancouver, Canada (with a project on the realization of algorithms and software for motion capture thorugh passive markers acquisition systems).
1992 Visiting Scientist at the Department of Electrical Engineering, Californian Institute of Technology, Pasadena, USA (with a project on self-calibration of artificial vision systems).
1991-1992 Visiting Scientist at the Centre for Neural Engineering, University of Southern California, LosAngeles, USA (with a project on modeling human motion control with neural networks).