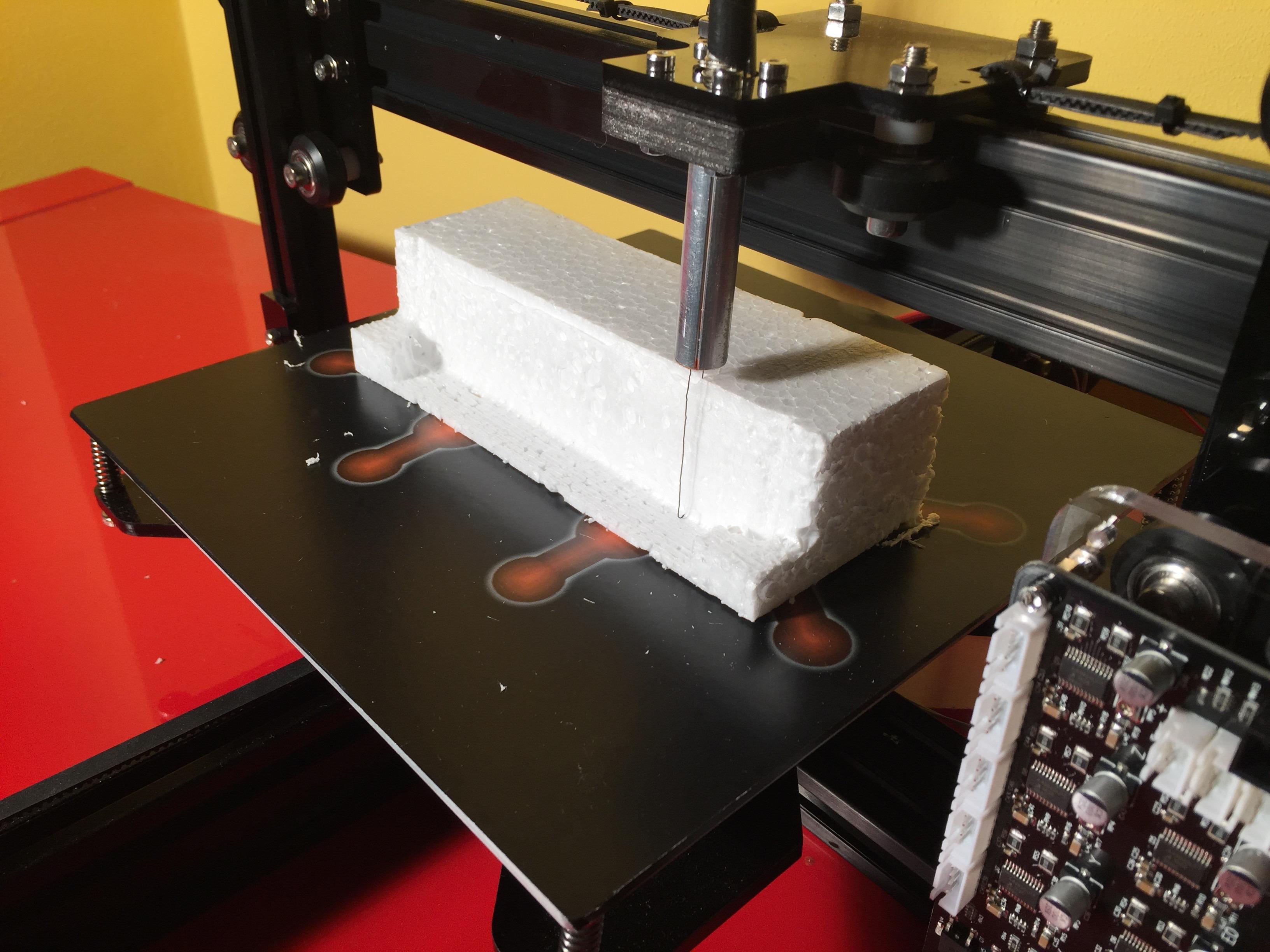 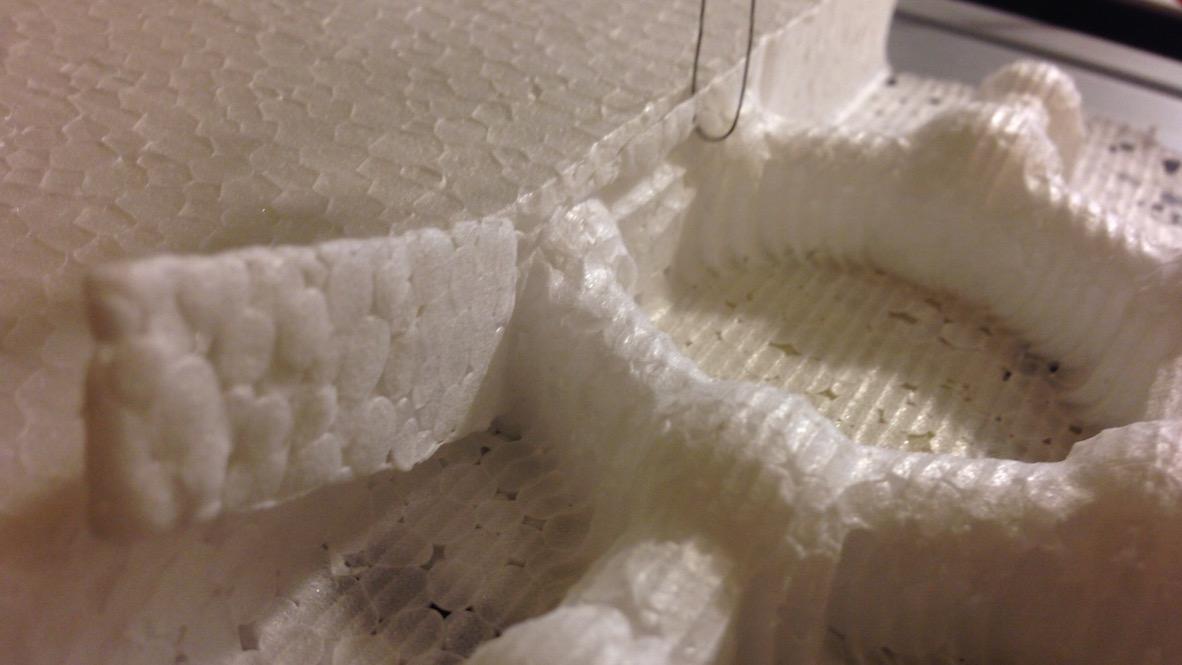 The PolyShaper project consists on a new technology that allows everyone to model foams, like polystyrene, with the support of CNC machines.
This technology will be the equivalent for polystyrene which the common 3D printings were for the plastic, i.e. allow everyone its forming even in small laboratories and research centers with a very limited budget.
The core of this technology is a new tool, based on a hot wire, that reproduces the shape of a common mill tool, able to cut the polystyrene. This will allow to use a common CNC machine, CAD and CAM software and reproduce any ideas on polystyrene. At the state of art, the foams are cutted with taut hot wires and then the shape that one can realize are all parallel. With this technology instead, there are no limits on the forming possibility.
We choose, from the beginning, to maintain this project free to use and open source. We strongly believe on the open source but overall we do not want that our technology remains chained to a patent (as happened to the 3D printing that had his glory just after the expiration of the key patents). For this reason, we distribute the PolyShaper technology under the CERN Open Hardware Licence v1.2. Moreover, on the PolyShaper website, there are all the tutorials and informations needed to reproduce the tool and autonomously use it.
We are building a web platform to allow to share projects, to show to the world how people use this technology to realize their projects.
Some people can ask: why polystyrene? Well, polystyrene has many advantages with respect to other materials that are used for the CNC machining. First of all it is very chip. Still today it is often used to test CNC milling with two main problems: production of powder and bad quality finishing surfaces. Anyway there are many applications in which the polystyrene could be the key material, for example architectural models, molds for composite materials, decorations and many others. And our web platform will be the place where people will teach to the world how they are using the PolyShaper technology. 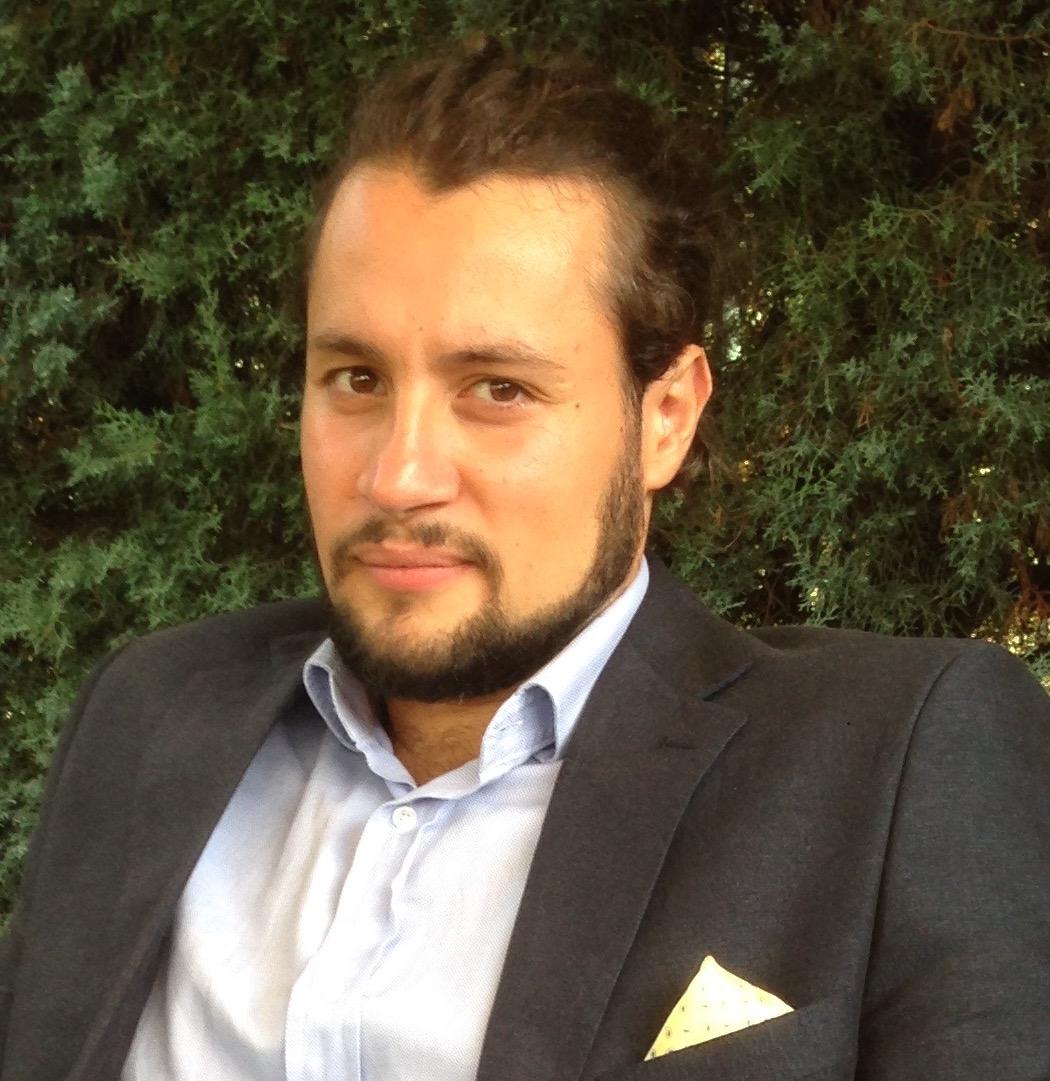 Flavio Prattico was born in Naples on November 6th 1986. He received his Master degree in Mechanical engineering at the University of Lâ€™Aquila in 2011, and, at the same university, he completed his Ph.D. on new stochastic models applied to the wind speed in 2015. He is author of more than ten paper on peer reviewed international journals and ten international proceedings. Since 2014, he has been strategic lead in research co-operation with Shibaura Institute of Technology, facilitating links between the Japanese institution and the University of Lâ€™Aquila. He is currently a research Fellow at the University of Rome La Sapienza.

Carmine Gianfagna was born on 13 August 1983 in Campobasso, Italy. He received the Master degree in MicroElectronic Engineer from the University of L'Aquila. He worked on inter-chip communication through inductive coupling in collaboration with Micron Technology. He worked on magneto-dielectric nano-materials in collaboration with the Georgia Institute of Technology and for his research he won a Best Paper Award at the 10th IEEE Nanotechnology Materials and Devices Conference (NMDC 2015), held September 13-16 in Anchorage, Alaska.

Francesco Riccio was born in Naples on the 13th october 1989. After gradueting in business administration at the university of Naples Federico II refined his educational path, earning a master of science in law and business administration at Luigi Bocconi university. He had been working as auditor at PriceWaterhouseCooper, international leading company focuses on audit and assurance, tax and consulting services. Today he is involved in legal and tax consultancy in an outstanding company of the italian and international field.