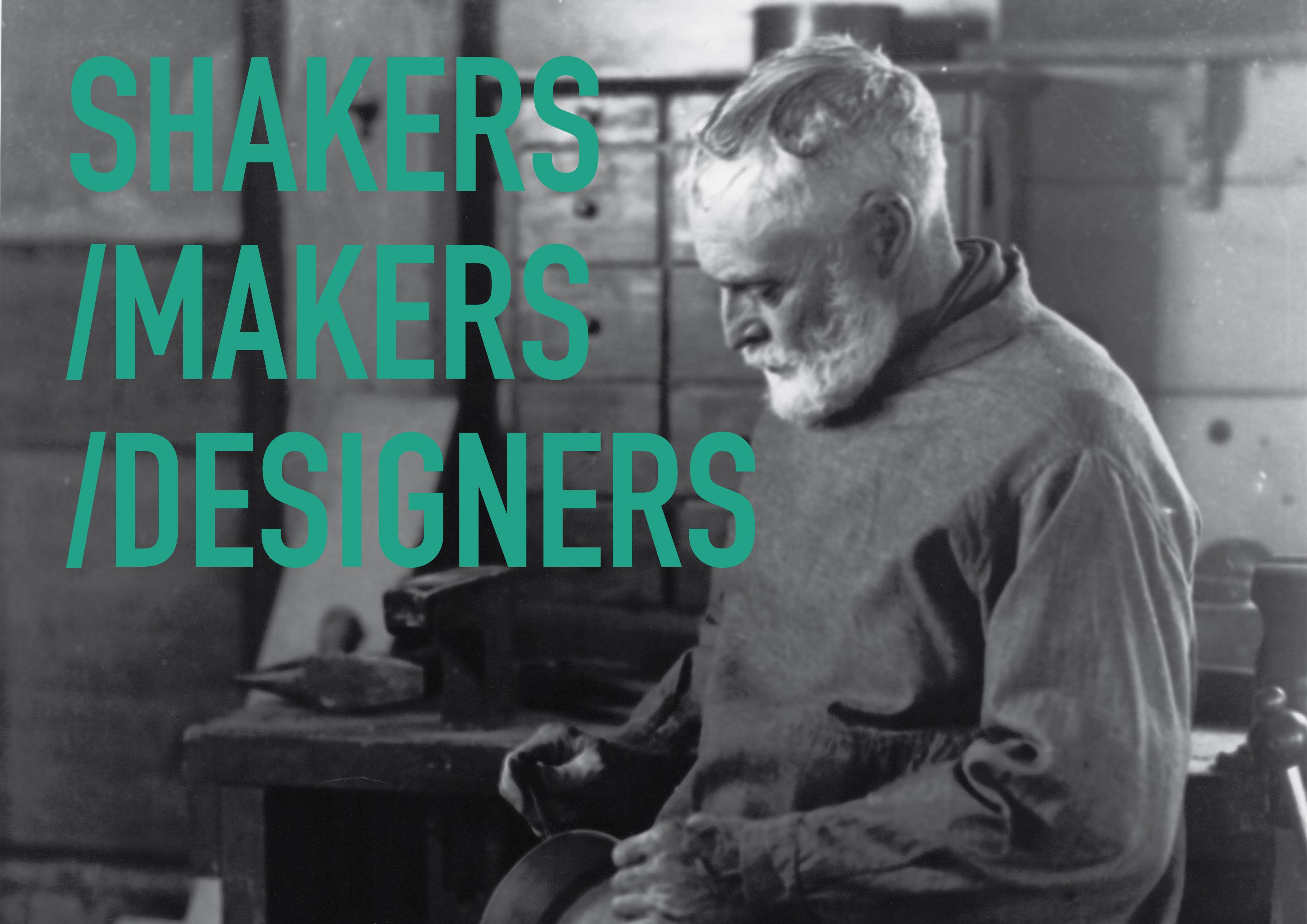 The Shakers were a religious group that settled in the United States in the 18th century. Due to their spiritual beliefs and relative isolation, they created a unique design philosophy, focused on minimalism, careful crafting and objects that could easily be recreated using a limited set of tools. The FAMO COSE Roma Makerspace is aiming to reinterpret this philosophy using the digital manufacturing tools readily available in a modern makerspace.

Luca MagarÃ² is a product designer from Rome. He listens to good music and drinks lots of coffee. Following his studies at the ISIA (Istituto Superiore Industrie Artistiche) and work experience in various Italian design studios, in 2006 he founded VIVO Design Studio with fellow designers Mirko Schwiedrzik. and Daniele Tomassoni. Over 10 years of activity, the Studio has specialized in product design and strategic consulting, and has won numerous awards - the latest being the ADI (Associazione per il Design Industriale) â€œEccellenze del Design nel Lazioâ€, in 2015. Together with his activity in VIVO, Luca cultivated his passion for old and new technologies and in 2014 this took shape in the FAMO COSE Roma Makerspace, a creative workshop that in a short time has become a focal point for design in the Lazio region. In his little spare time, he takes photographs and breaks stuff to see how itâ€™s made.

Mirko Schwiedrzik was born in Hannover in 1977. His father was from Berlin, and his mother from the island of Ischia (Italy), resulting in a creative mix fed by pizza and jelly bears. He graduated with full honors from the ISIA in Rome in 2005. He collaborated with the Jozeph Forakis studio and iDox design. He is currently collaborating with the Giorgio Galli Design Lab and is co-founder of VIVO Design Studio. A curious mind, with attention to detail, he puts passion and energy in all his projects. In the evening, he drinks Spritz with his friends.

Sergio Barbieri was born in Torre del Greco. Growing up as a child with Lego and Meccano, he still uses them in some stages of the design process. After graduating in Design, he has specialized in rapid prototyping and digital manufacturing. Today he is an industrial designer who offers advice for planning, engineering and modeling. In 2015 he founded 123Cut, a small company of Rapid Prototyping that creates objects with CNC equipment: milling machines, laser cutters and 3D printers. He is extremely fascinated by the novelty of this design field and is always looking for innovative manufacturing technologies.

Massimiliano Dibitonto is a phD in Computer Science, a UX researcher and an expert of Human Computer Interaction, Physical Computing and Digital Fabrication. He is currently a research fellow at Link Campus University, working as the coordinator of the User Experience research team and as the Fab Manager of the internal FabLab. He is also lecturer of Interaction Design and Open Source Electronics. He collaborated with important firms and universities in Italy and Europe. In addition, he is the co-founder of Madsign, a start-up that has its main focus on the design and creation of Smart Objects and new user experience, based on novel interaction paradigms and technologies.

Valerio Ciampicacigli is a creative talent with a versatile profile. A Product and Interior Designer, as well as an Art Director, he founded in 2007 the Rome-based Paula Design Studio. Thanks to his international experience, which matured in the fields of industrial design, interior design, advertising, and communication, Ciampicacigli brings forward a design approach which combines tradition, creativity, and problem solving. The young designer teaches Product Design at the Quasar Design University in Rome. His work has been published in numerous magazines, including: Monitor (Russia), Case da Abitare (China), AD and ELLE (Italy), 2008 ADI Design Index (Italy).
#3D printing #Artisans & New Craft #Cultural Heritage #Fabrication #Open Source
B21 (pav. 7) - FAMO COSE Roma Makerspace
2016
Back
Data updated on 2021-11-09 - 11.51.35 am