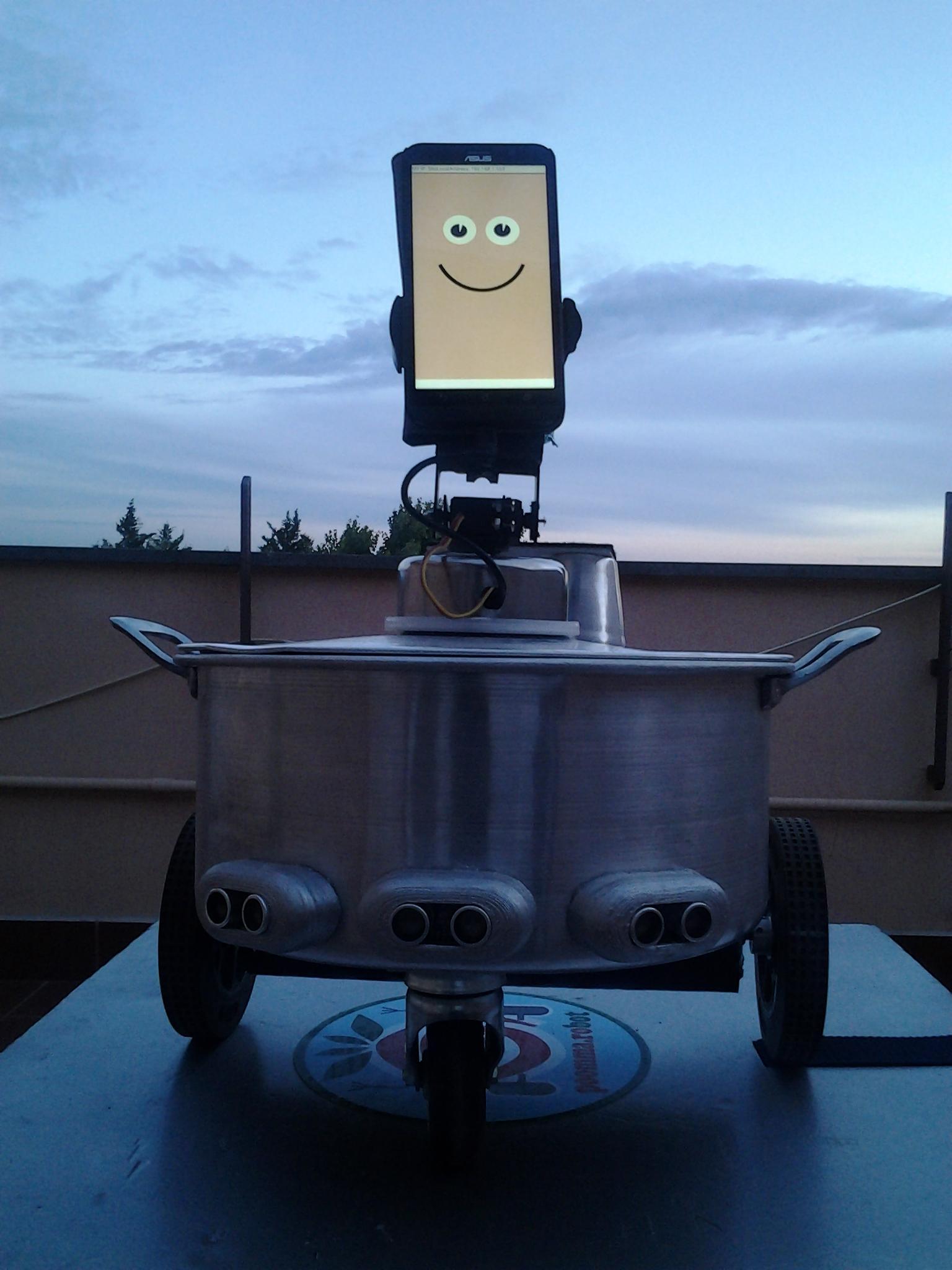 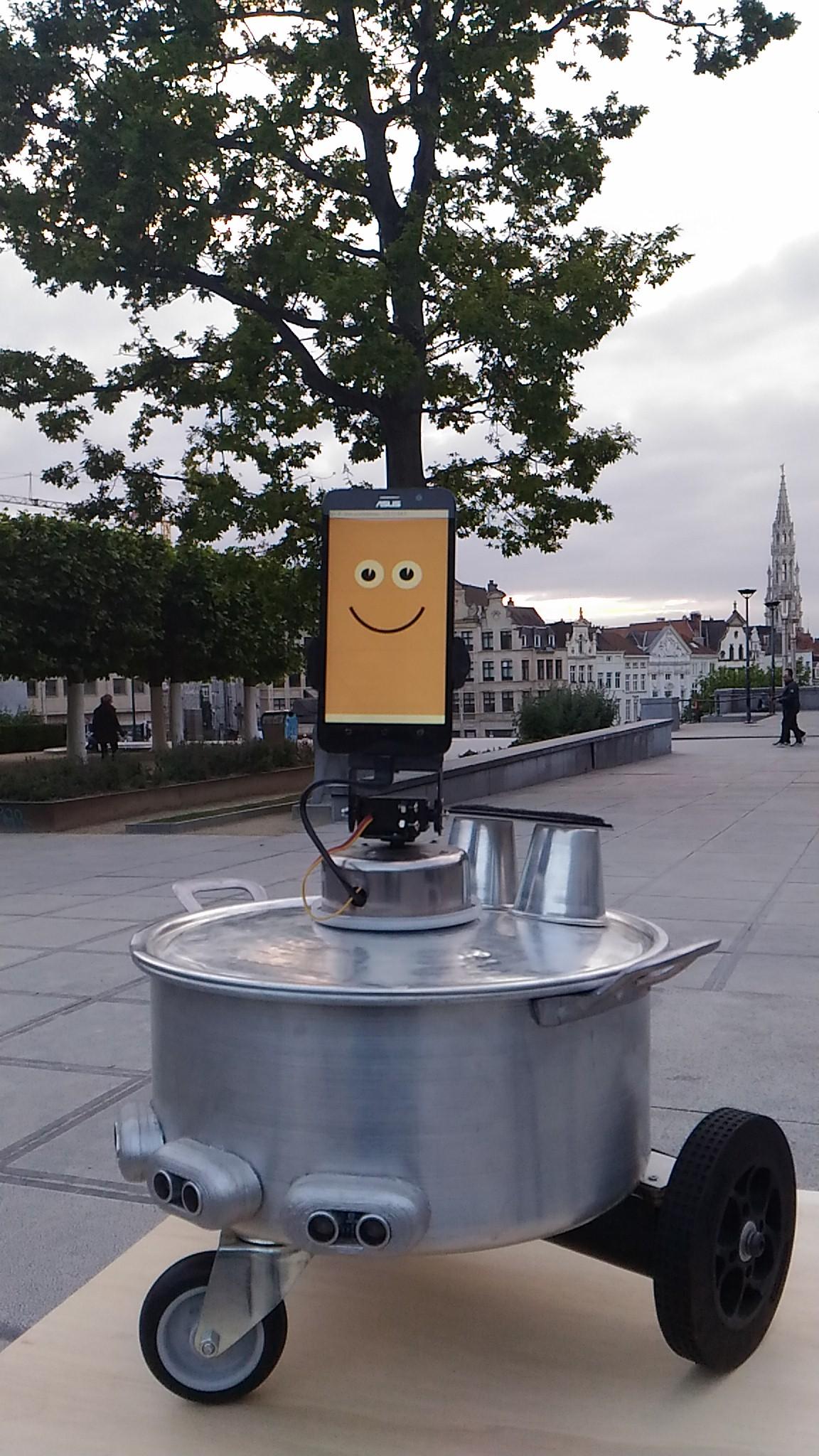 The recipe that mix a smartphone and a pair of wheels in a cooking pot for the â€œragÃ¹â€ (the typical sauce from Napoli), gave birth to a robotic character with an amazing poetic vein. Poommarobot is the demonstration that Robotics has also to be, and above all, an important characterization activity. The construction of a robot is one of the most extraordinarily creative process to which the human mind can dedicate. This project has two main goals: continue to invest on the character Poommarobot and sell smaller and cheaper sons derived from it, in order to help people in daily activities, sharing with them the most of houses, schools and offices.

Gaetano Saurio was born in Bari (Apulia Region, South Italy) in 1979. He lived up to 15 years just a few kilometers from Rome, then he moved to Mondragone (a small city in Campania Region). He has also lived in the city of Napoli, as student (short term periods). He has been a member of the Internship by the UniversitÃ  Cattolica del Sacro Cuore (Milan) at IBM for three months in Dublin (Ireland).

He has a Master Degree in Computer Science. He loves Robotics, Artificial Intelligence and has a special inclination toward Psychology, and always passionate about Science and Nature,. One of his greatest passion is about the world of plants (Botany, Garden and Agriculture). In fact, he has a large garden in which he spends his sparetime to the reproduction of native species and the acclimatization of tropical and rare plants (Bismarckia nobilis, etc.).

He has been palying guitar since the age of 11, and over the years he has approached to the studies of Django Reinhardtâ€™s style (known as Gypsy Jazz).

He has been the President of an environmental association for the recovery of the riverbed of a small river, often devoted to volunteering to support the multi-ethnic integration.