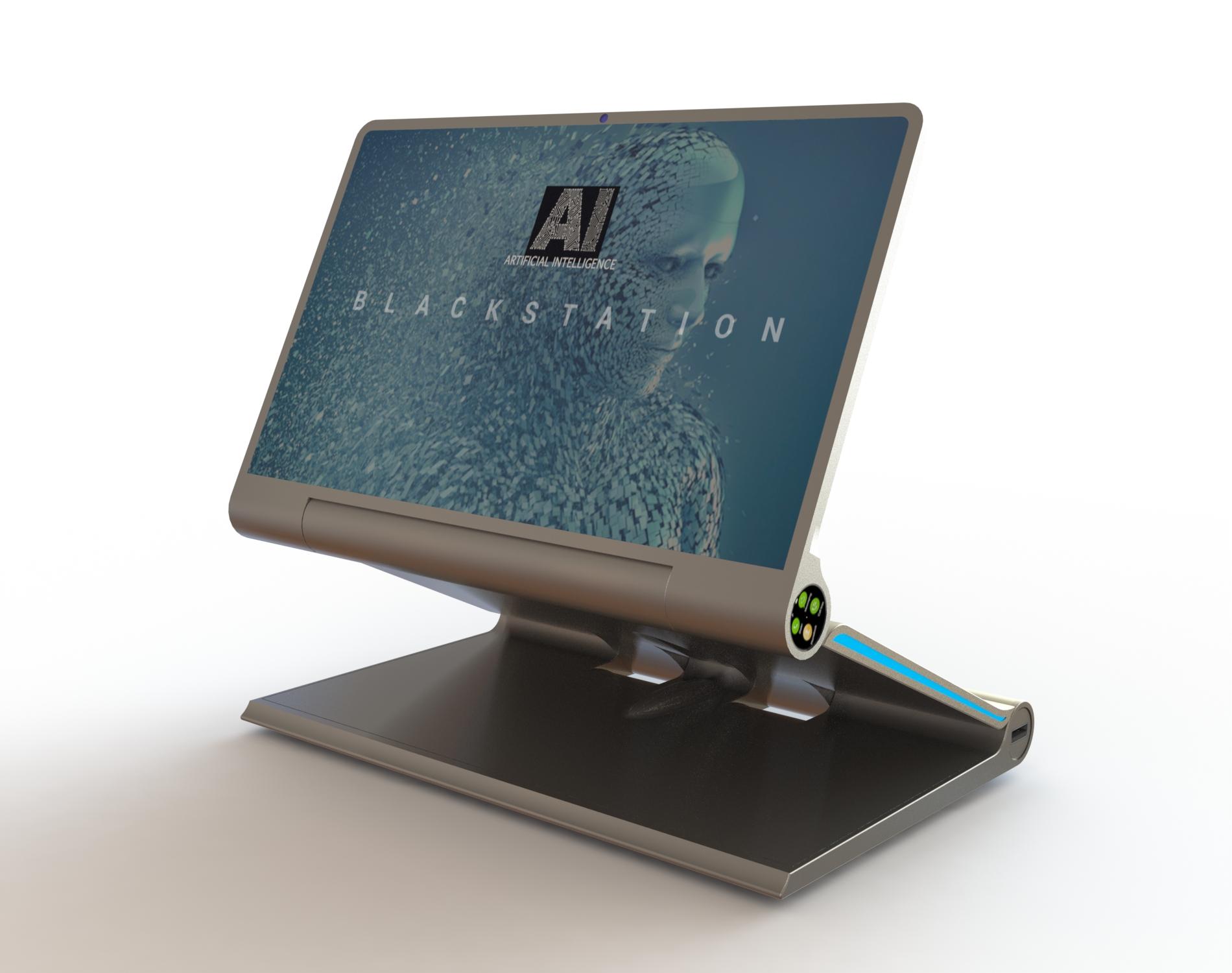 The vocation for research and instinct towards experimental land born REPIKS, innovative start-ups created with the intent to invent and test new technologies. The challenge of innovation is REPIKS wonder constantly changing - through technology - the way of enjoying the art, science and cultural heritage, and what is the most effective connective intelligence to enable positive synergies between technology and society. This innovation responds to the challenge of harmoniously integrate technology into the human fabric of society, with the aim first and foremost to simplify and improve the quality of life and relationships, also stimulate cross-border trade and cross-language, hoping to create value and generate benefits to the people, institutions and industry.
The company mission is to make a hard-hitting action of invention, experimentation, research and development in technology, in collaboration with organizations, universities and research institutes. At the moment he collaborates with Repiks LUXID (Laboratory of User eXperience, Communication and Interaction Design) a laboratory of the Research Center URBAN / ECO University of Naples "Federico II".
Italy
FACEBOOK TWITTER 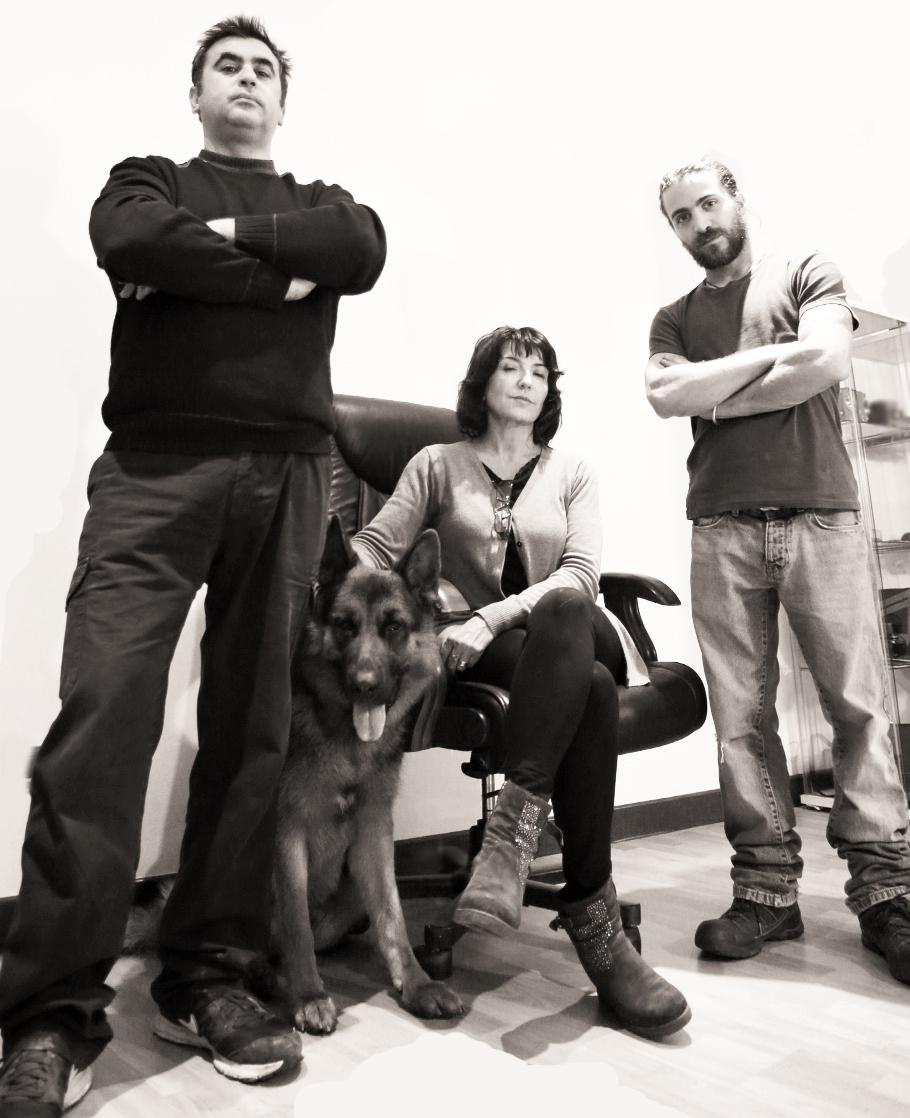 SCHIPANI GIUSEPPE
As a child of compulsory school age and helps his father in the family business, having the opportunity to acquire knowledge in the field of civil hydraulic, plant engineering, electrical engineering and building industry, which will prove invaluable in the future profession. It also develops practical skills in practical work and manual- Manifesta an early inclination towards mechanics and design, materials that will never cease to deepen, in the future, as an autodidact. He attended the Technical Institute flakes in Electronic address (Lecco), adding to the educational studies curricular ones in the field of technical-mechanical and computer science, with a particular interest in computing applied to the media and Computer Graphics.
In this period he collaborated in the foundation and management of a local TV station, acquiring skills in the field of media and electronics.
Determined to pursue a military career (interrupted for family reasons), he attended the Course Students Paratroopers at SMIPAR, Italian Military Parachuting School of Pisa, achieving the military patent. Later he moved with operational role in the 9th Battalion Barracks Vannucci of Livorno. It later took the patent Civil Paratrooper, the First Aid patents and Scuba Diving.
PROFESSIONAL EXPERIENCES
He worked for several years as Editor-mechanical test at a major prototyping industry of packaging and packaging lines (OMV - Missaglia). The 'work experience allows him to empirically apply theoretical concepts of design and technical drawing acquired during his training, developing the methodological basis for future engineering. Hired as Designer and Mechanical designer at Tecnomea Cisano - prestigious company in the field of industrial automation - explores the use of three-dimensional CAD, attending among other specialized training courses (Solidworks) and integrating the technical and mechanical skills with 3D modeling skills. He refused to follow his studies of Engineering to found the Society Audiolux Art and Technology, a company active in the field of robotics, and dell'Eidomatica of Audiovisual Communication. Inside it starts an Engineering of the highest profile of international customers (Laboratory Museotecnico Goppion, Padus USA, Lario plants, Tenaris and others) and promotes a sector of R & D that is complex robotic systems and new technologies. In 2014 he founded the innovative start-up REPIKS - Innovative Technologies, hardware and software companies for Communication and Information.

FIAMMETTA RAVOT
After graduating from High School, he graduated in Philosophy of Art to address musicology (University of Milan), supporting school studies to those of piano, guitar and singing. In the theater area it had a basic training with the applied study of directing, staging, acting, dance and martial arts, forming the field as an author and director. Mature advanced skills in group dynamics management, through the management of social and educational activities, education and teaching, and in collaboration with educators and therapists (also in relation to disabled and vulnerable people), both in its associated field, both during fifteen years of scouting and conducting courses of theater and music held in the margins of the studies. He attended post-graduate courses in video direction and performs an intensive internship at the Production House DBMultiMedia of Milan, where he worked for about six years. In this period he acquired mastery of the main editing software, video shooting skills and knowledge of the major graphics programs and computer graphics.
E 'enrolled at the SIAE in the Music section, in Dor section and in the Cinema section, with the title of composer melodist transcriber, author of texts for music, playwright and director. In 2003 he founded the company Audiolux Art and Technology - Robotics Video eidomatics, and is responsible for Audiovisual Communication department. In 2014 he founded the Repiks partner, innovative start-up of the Communication Technologies.
PROFESSIONAL EXPERIENCE IN THE DIRECTOR'S VIDEO
Home of DBMultimedia Production:
Directed the documentary series 'The European cities' (Mondadori-Bell'Europa)
Directed the documentary 'Hale Bop' (Fabbri)
Director of 'Astronomy' necklace (Fabbri)
Directed the documentary 'Gandhi' and 'Ghosts' (RCS Rizzoli Books).
Director of the video series "Ancient Rome" (De Agostini).
Directed interviews with Nobel prizes for science Klein, Molina, North, Kroto, Murray, Dulbecco, Montalcini, Becker, Gell-Mann, Guillemin, Arrow, Pentias (Hypothesis, Milan),
Audiolux for Art and Technology: Directed numerous documentaries, corporate, television, docu-ficiotn, video clips and audio-visual products in general, for the cultural market and enterprise. Directs the Department of Audiovisual Communication Audiolux Art and Technology, which he owns.
PROFESSIONAL EXPERIENCE IN THEATRE DIRECTOR
Conductor of music and theater courses for school and private institutions.
Lecturer in 'Management of group dynamics' and tutors as part of the entrepreneurial initiatives of an innovative nature promoted by the Ministry of Labour, the European Social Fund and the National Community Service Coordination. Founder and vice president of the Cooperative Project of Animation Apricot Social (Barzago, Co). founder of the Group Theatre Festina Lente (Merate). Founder of the Cultural Settesoli (Milan), active with artistic, cultural and theatrical.
Founder of the Cultural Templates, followed Sparks Art (Cernusco L.), active in the field of theater. Founder of the Association of Social Promotion Antisopore, under the patronage of the Municipality of Paderno (LC), of which he served as president for five years, working in the creative and cultural sector, with a particular openness to the contamination between the different arts and for the most live events and avant-garde world of the young, also with a special focus on disability and the fragile wings.
Founder of the Association of Social Promotion The House of Art and Science, active in research and training.
As a director he has staged numerous performances, including traditional comedies, experimental theater, musical, theatrical shorts.
Author and director of the show-Quasimodo Concert multimedia concert, with Alberto Fortis, Alessandro Quasimodo and Valeria Monetti,
Author and director of the Second European Championship of Tango Tango European Championship, with Max Pisu and Sonia Berlforte, Torino 2011, broadcast on RAI June 2011. Author and director of the show celebratory Association Fabio Sassi with Antonella Ruggiero and Antisopore Theatre Company (2012) .
Author and director of the Work@Sound project, curated by Antisopore and promoted by the Province of Lecco and Cariplo Foundation (Lecco 2014).
Author and director of the musical show The Chronicle Project Nik Chiarappa, with Jade Channels, Sergio Colombo, Carlo Ravot, currently being assembled.
PROFESSIONAL EXPERIENCE WRITING AND SCREENPLAY
The first stories made date back to elementary, writing the first novel in junior high school, the first script TeatralÄƒ to 15 years, having the good fortune to bring this and subsequent works on stage. Since then the author and screenwriter is uninterrupted. Work experiences:
Comic book writer for Premium Interteam (Milan)
Brief collaboration with Sergio Bonelli (Milan) and Studio DOK Villasanta.
Copywriter at the advertising agency Murino & Art-Studio Pinna (MIlan)
Copywriter at the advertising agency A & V Italy - Milan
Author of texts for publishing houses AMZ / De Agostini (Milan)
Author of books for the publishing house Marne (Barzago)
Author of texts for the publishing house Happy Books (Milano).
Author of historical essays for the magazine Illustrated History (Portoria, Milan)
Author of children's books for Edibimbi (Edicart group, Legnano)
Author of children's books for A & B (Milan).
Author of The Apricot method - educational animation techniques (La Meridiana).
Creator of the show-Quasimodo Concert multimedia concert, with Alberto Fortis, Alessandro Quasimodo and Valeria Monetti.
Author of the television episode European Tango Championship, with Max Pisu and Sonia Belforte, RAI in June 2011.
Author of the 2012 show Association Fabio Sassi with Antonella Ruggiero and Theatre Company Antisopore.
Creator of the show Work@Sound edited by Antisopore, promoted by the Province of Lecco and Cariplo Foundation (Lecco 2014).
Author of the musical show The Chronicle Project of Nik Chiarappa
Author and screenwriter of Audiovisual Communication products Audiolux Art and Technology.
A39 (pav. 8) - REPIKS Tecnologie Innovative Italiane
2016
Back Data updated on 2022-11-08 - 10.59.34 am