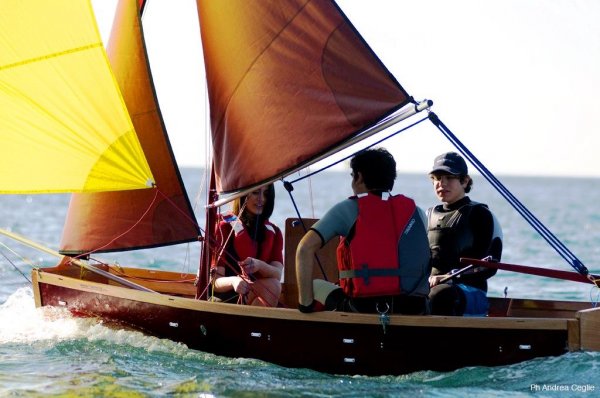 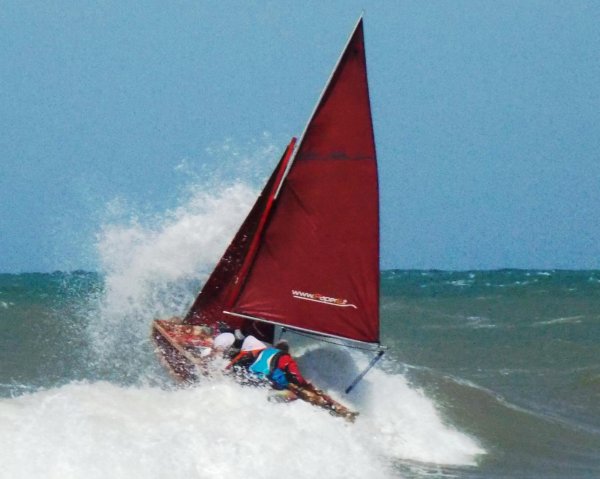 We imagined a sail-oar-motor boat at the reach of all: done! We wanted us to always sail safely, even offshore: done! We wanted it to be energetically viable to explore every corner of the Planet: done! Today our adventure continues with Next Generation Paper8 Series: SmartWood is packed like a surfboard and turns into less than 2 minutes to become the most beautiful and performing hybrid folding boat ever built in the world: fast like the wind, fast like the future.
Italy
WEB FACEBOOK TWITTER 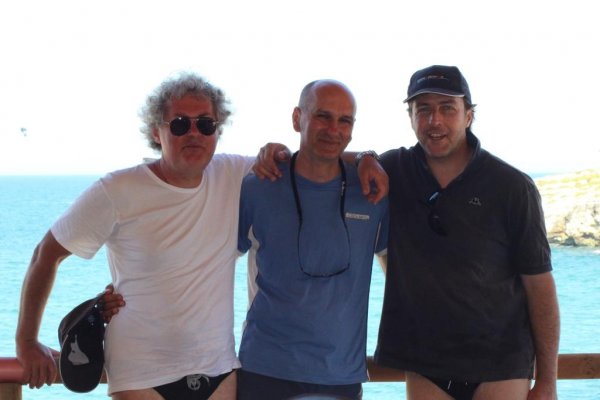 1/4 - Giorgio Bergamini
International sailboat repeller and inventor of the PAPER8 boat along with Michele Vino and Marco Oliveto. He has signed commercially successful commercial projects (eg catamaran Brio, the best-selling Italian cruise catamaran, built by CBS Fiumicino shipyards), one-off racing, handicapped boats. Pioneer in the development of rigid sail efficiency, collaborates with several universities in various scientific research projects. It was up to the retirement board responsible for the design of Nuovo Pignone SpA, including a large number of patents (over 100), both electromechanical (countless mechanical devices such as gas counters, valves, etc.). ranging from "perfect cat litter" to efficient sail field solutions (camshaft, etc ...). In recent years its versatile ingenuity has also been attracted to the agro-food field in the cereals, yeast, olive oil and derived products sectors. His studies, characterized by high value and scientific rigor, are commonly shared with the international community at conferences, seminars and conferences.


2/4 - Michele Vino
Inventor-designer of the boat PAPER8 together with Giorgio Bergamini and Marco Oliveto. He is a passionate and sophisticated model and naval designer, and among his many accomplishments he has many great achievements, among which the design and construction of MAGICA a traditional aura sail cat on a Bolger design. The MAGICA vessel was selected by VELALONGA and. 2012, an internationally important event taking place in Venice, as the most representative and symbolic sailing ship of the ancient maritime tradition. His image was printed on the information material and reproduced during official events in the following years of the event.
Michele Vino also collaborated in the design and refitting of the innovative Pinocchio, the sailboat trimaran by Marco Oliveto.

3/4 - Cosma Cafueri
President of the "Hrand Nazariantz" Study Center. President of the Cultural Association CE.DI.S.A. (CEntro for Scientific and Environmental Science). President of SAILFRIEND Sports Promotion and Sailing Association. Some projects (DIDALUS and E.S.A.) have been reported by the Ministry of University and Scientific and Technological Research at the National Week of Scientific Culture. Design and coordination of the event SCIENZARAGAZZI, festival of scientific and environmental education. Direction in 1997 at S.E.S. "Piccinni" in Bari of the project "ECOSCIENZA", establishing and directing a scientifico-ecological laboratory (still operational) for the prevention of minors at risk (see: Mondelli-De Donato - "Looking for the Fire" - Levante Editori - Bari) . In 2000 she provided her consultancy for the preparation of the didactic-scientific course at the "Felisia" theme park in Castellaneta Marina (TA). Educational, educational and scientific publications have been reported since 1997 on the Villaggio Globale, the quarterly magazine of science and ecology (www.vglobale.it). In 2007 he published, published and presented to the public "BoschidiBari", a photographic calendar on the woods of the province of Bari, still unrecognized. Passionate sailor and diver, since 1999, has conducted nautical projects aimed at experimental science education and prevention of child offense. With CE.DI.S.A. and SAILFRIEND has contributed to the design and construction of numerous nautical and marine engineering workshops.


4/4 - Marco Oliveto
Inventor-designer of the boat PAPER8 together with Giorgio Bergamini and Michele Vino. His Paper8 n ° 1, used as a tender for the Pinocchio trimaran. "Sailor Expert" (Examiner at the CP Command for Nautical Licenses) is the reference point and the soul button of the project. Aficionados of sailing since childhood, he is able to govern sailboats of any size, many of which he designed and built. In collaboration with Studio D'Alì, he developed the project "Pinocchio", a 10-meter-long and 6-foot sailing trimaran that was built with the collaboration of Michele Vino and the project's contribution to structural calculations and appendices by Giorgio Bergamini. His qualities as skipper and sailor are highly appreciated in the Paper8 circuit. It is the creator and the leader of the event Paper8 Sailing Week, the annual ritual of the fleet.
He has a computer profession in a large telecommunications company.