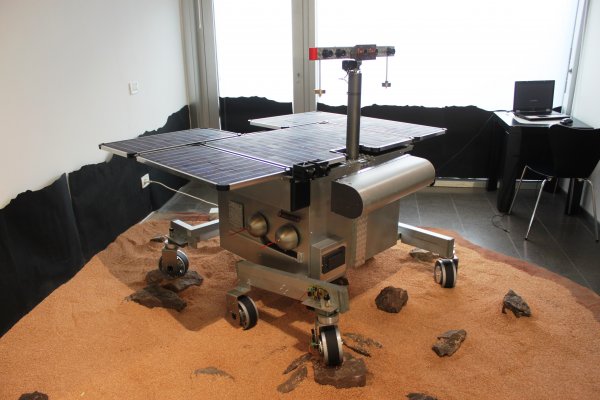 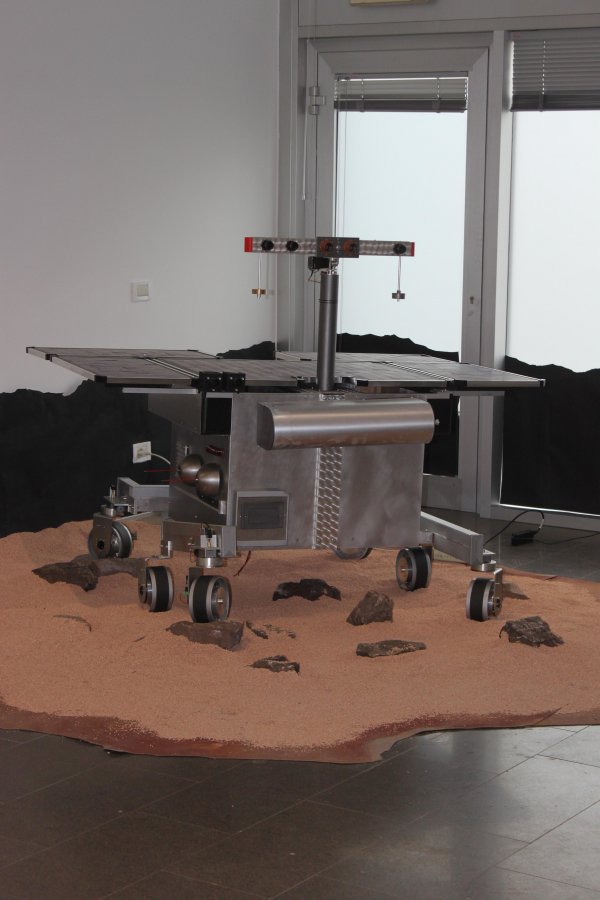 Project Exomars is a realistic reproduction of the rover that will land on the surface of Mars in 2020. It is
able to move itself, follow programmed route, drill the surface and catch the piece of rock, acquire
physical data using different sensors (temperature, pressure, humidity, luminosity, acceleration and
angular momentum). It is also able to see the world around it using its movable cameras. Everything is
controlled by PC, via X-Bee comunication protocol, to manage the rover and see the sensors data. 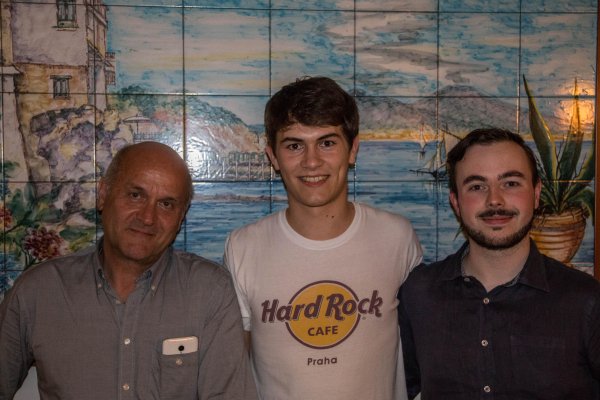 The group consists of 27 students of the last year of ITIS. The project was developed during the present school year mainly by two boys, Crotti Luca and Sermisoni Samuele.
#New Manufacturing #Robotics #Science
B5 (pav. 4) - ITIS P. Paleocapa - Bergamo
2017
Back Data updated on 2022-11-08 - 10.59.34 am