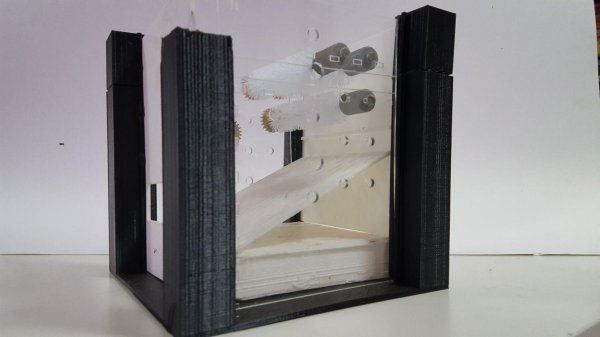 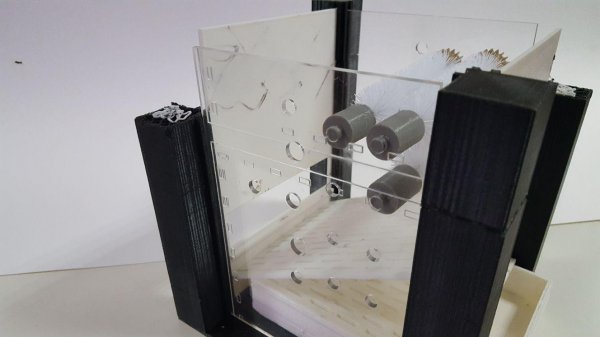 Shell-O is a shell of shellfish, this innovative machinery is designed to bring the telline, a food product forgotten for the discomfort and slowness during tasting. able to shell out 1kg of telline in 5 minutes. at no extra cost and using fresh products. The machine is able to shell out even clams and lupins. In this version the machine simply divides the shell from the fleshy part, in the next there will be a split between liquid and meat.
Italy
WEB FACEBOOK 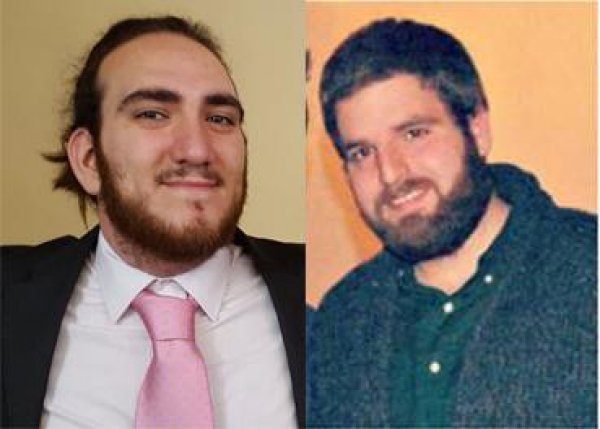 Davide Tranchina was born in Rome in 02.09.1993, in 2007 he enrolled at the high school "Giovanni Boaga" where he graduated as a surveyor, during these years he learned the art of three-dimensional modeling both digital practice to such an extent that produces a series of classical guitars and small items of furniture. In 2012 he enrolled in the Faculty of Architecture of the University "La Sapienza" where he is currently writing and performing collaborations with various freelance (surveyors and architects) and with Cesma. In May of 2014 after the purchase of a 3D printer (Witbox), start a partnership to supply advertising with the company "Tranchina and Sons Srl" and in the October of 2014 started a 3D printing service answering at the name of Trediroma. In 2015, she participates in the maker faire Rome with a design project by making wireframe sculptures in 3D printing. In May 2016, together with his brother founded the "Smart Lab", FAB LAB and cultural association of Rome specializing in prototyping through contemporary and traditional machinery. In the same year he participated in 6 projects at Maker Faire Rome for which he won the "Social Innovator 2016" for inventing the technique to reuse old blankets as filaments for 3D printers.


Andrea Petrucci was born in Rome on January 19th, 1990. In 2004 he attends Liceo Artistico (Arts Specialized High School) "Giorgio de Chirico" where he first gets in touch with the subjects of plastic modeling and restoration.
Following his graduation in 2009, he is accepted into the school of engineering of the university "Tor Vergata" of Rome. However, in 2013 he decides to change major and transfers to the architecture school of the university of Rome "La Sapienza" where he is currently enrolled.
In 2014 he puts into practice his passion for bricolage by collaborating in a woodworking lab in Lanuvio (Rome), where he participates in the restoration of some pieces of furniture dating back to the 1900s, as well as the creation of new pieces.
Given his passion for the sea and fishing, he participates in numerous events and competitions of KayakFishing. In 2016, with the fundamental collaboration of Mr. Davide Franchina (founder and CEO of 3DRoma), he starts designing gadgets for KayakFishing and for fishing in general.
#3D printing #Art #Artisans & New Craft #Cultural Heritage #Education #Fabrication #Food & Agriculture #New Manufacturing
B13 (pav. 8) - Associazione Smart Lab
2017
Back Data updated on 2022-11-08 - 10.59.34 am