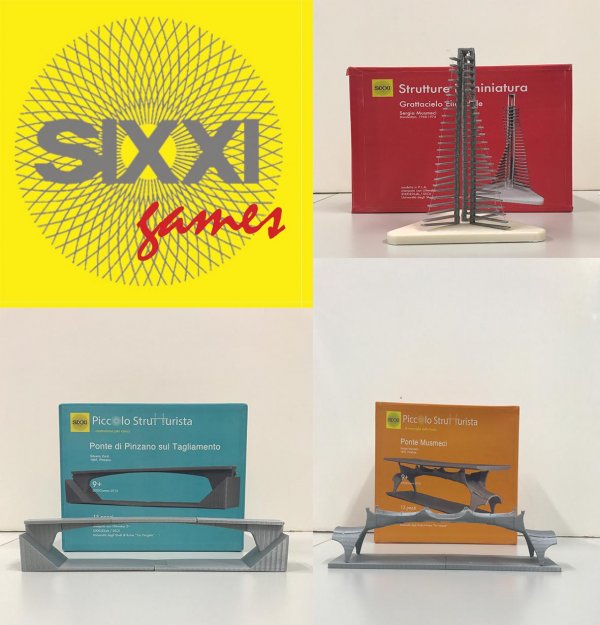 SIXXIGames is a new catalog of 3D printed scientific construction toys, addressed to the educational sector, to families and young makers.
Main subject of the SIXXIGames are the masterpieces of the Italian structural engineering and architectural Heritage of the Twentieth century.
The idea is grounded on scientific outcomes of the research project "SIXXI - XX Century Structural Engineering: the Italian contribution", funded by the European Research Council with an Advanced Grant (2011-2017) awarded to prof. Sergio Poretti and has been first developed as a tool of dissemination of the scientific results.
In this framework, SIXXIGames borned with two main goals, combining the richness of historical and scientific content of the Italian structures with their obective beauty:
- introducing young students to the structural works of the 20th century to increase collective awareness of the Cultural Heritage of the Made in Italy;
- introducing kids and young students to the "magic" of the structural design and to the fundamentals of statics, opening a positive imaginary on the potentialities of science and technology of STEM disciplines.
In the series of SIXXIGames, the structures of the Made in Italy are reproduced in miniature, disassembled and reassembled in their main structural elements (and not broken into a thousand of modular pieces). Playing to reassemble them, kids and students have to challenge the balance, following the principles of the actual construction process (contrast, coaction, thrust, etc.), experiencing thus the wonder of static.
On the construction toys market, SIXXIGames aims to renew the concept of construction games by introducing the basics of balance and static and present a catalogue of innovative subjects. Furthermore, combining e-commerce tecnologies with industrial application of 3D printing, the project propose an ecological business model based on a e-library of digital models to be produced at home (or produced on-demand).
In this framework the project is been developing under a research agreement with the industrial partnership of the 3Dprinter producer Cleverteck/ KLONER.
The project aims to involve Young Makers people who, thanks to an open-source catalog of 3D virtual models of simplified games (ready for printing), could support the self-production and dissemination of SIXXIGames in the circuit of culture and education. 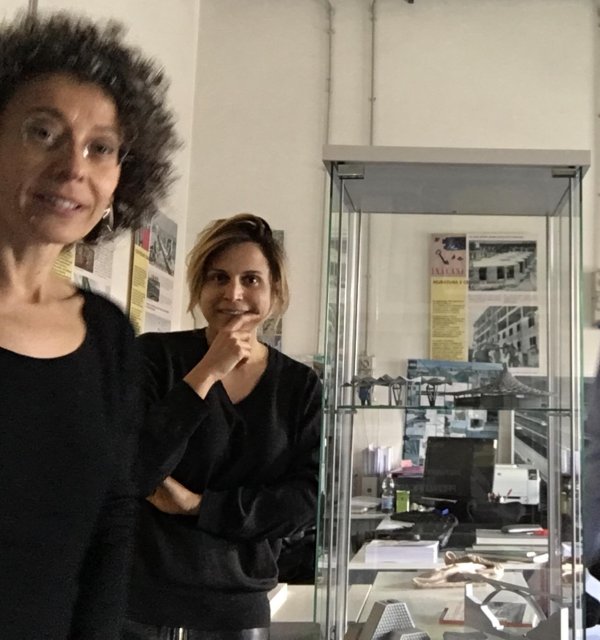 Ilaria Giannetti, architect, post-doc researcher for the SIXXI project. She is the coordinator of SIXXI3Dlab and of the workshop on SIXXIGames with students of Architectural-Engineering master degree of the University of Rome Tor Vergata.