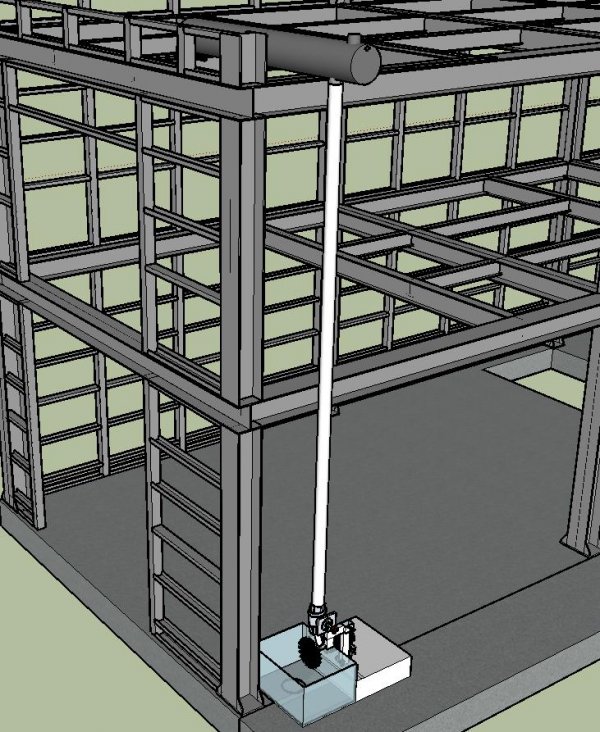 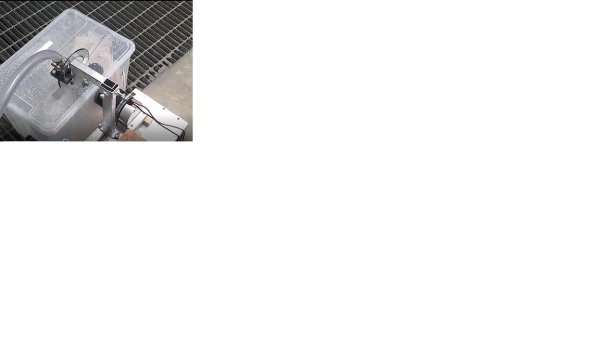 It has been conceived a system consisting of a storage tank, which is intended to be located at a variable height of a building from the ground. The inlet of the tank is controlled by an upper valve which closes when a maximum liquid height is attained. The upper valve controlles another valves which allows the discharge flowing out of the tank through a drainpipe, at the end of which is located a nozzle through which the discharge feeds a Pelton micro-turbine connected to a generator of 12V. The produced energy is finally accumulated by using a battery of 12V.
Through a 3D design has been realized the horizontal cylindrical tank in stainless steel of 0.25m of diameter and 2m of length.
The nozzle has been designed in CAD and then printed in 3D. It has been optimized by varying the flow rate. The prototyping of the turbine has been designed and printed in 3d, then was connected to the generator and through a multimeter is was possible to identify the voltage and the current intensity obtained.
Italy 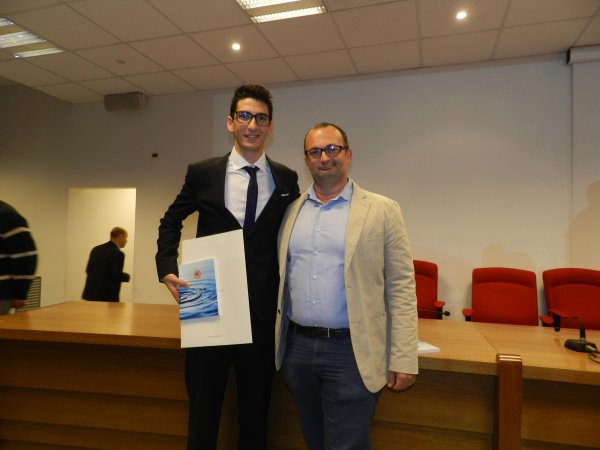 Actually he is Assistant Professor of Hydraulics at the University of Salerno, Department of Civil Engineering.In 2005, he spent seven months at the Technische Universität of Darmstadt (Germany) as visiting scholar, carrying a research on Lagrangian numerical algorithms for the simulation of free surface flows. In 2006, he stayed for seven months at the John Hopkins University of Baltimore (USA) as visiting scholar, working on the development of a parallel code based on the SPH technique. He has been guest for two weeks under the Erasmus Staff Training Program: in 2011 at the SINTEF Institute of Oslo (Norway), carrying a training activity on searching algorithms; in 2012 at the CEDEX Institution of Madrid (Spain), “Centro de Estudios de Puertos y Costas” division, carrying a training activity on fluid-structure dynamic interaction, in 2014 at the ESI group of Delft (Holland) carrying a training activity on diffusive models for Lagrangian methods.
CURRENT RESEARCH ACTIVITIES
Actually, he is focusing on various aspects of Hydraulic Engineering. More specifically, his research activity is related to the following issues:
- Developing of a numerical code – SPH based – for the simulation of rapidly varied fluid flowsThe moving domain, representing the evolving fluid flow, is discretized with a finite collection of particles, mass provided, with trajectories responding to mass and moment equations of conservation (e.g. Navier Stokes). The code has been written in ForTran 95 language to fully exploit the advantages of dynamic allocatable variables, avoiding waste of memory resources.
- Developing of a searching algorithm for Lagrangian codesIn Lagrangian based codes, local properties are computed on the basis of information carried by particles located within an interaction range of the point considered, then weighted by means of a kernel function. Concerning the related computational burden, power resources are mainly used for the identification of those neighbouring particles inside such short range, since no connectivity between particles is established a priori. For this reason, a searching algorithm (Nearest Neighbouring Particle Searching, NNPS) is proposed to speed up the recognition of these close particles. The developed procedure is obtained by coupling two data structures, known as Verlet list and the cell-linked list. The first allows the searching inside a distance greater than the cut-off radius, avoiding the searching procedure each timestep, while the latter allows to drastically reduce the number of computed particles, by laying cell grid on the computing domain.
- Numerical reproducing of rapidly varied fluid flowsThe developed SPH code has been validated and calibrated for problems concerning waves train impact and for the propagation of Newtonian and visco-plastic fluids.
- Developing a procedure for the automatic generation of Epanet ® input filesThe algorithm fill up the lack of a free, easy and practical tool for the definition of a net topology to be simulated under Epanet ® software.
- Numerical reproducing of volatile distribution in e-nose measurement chamber for environmental odour monitoringPerformance analyses of a e-nose chambers are carried on in order to improve sensor response signals in terms of stability, reproducibility and response time. Simulations are performed by a commercial Eulerian computational fluid dynamic (CFD) software. The purpose is to guarantee that all sensors are exposed to the same volatile concentration, reducing at the same the presence of stagnant or recirculating regions. The purpose is to optimally design such sistems.
- Numerical reproducing of MicroWave (MW) heating of fluid flowsUsing microwaves (MWs) as a source of energy turns out into a viable alternative for high-temperature/short-time processing featuring several industrial food treatments. Numerical simulation of such problems, in view of several simplifying assumptions, allow a satisfying description of the coupled thermal-Electromagnetic problems and an accurate identification of the effects which the operating parameters have on the process at hand. In addition, numerical techniques represent an effective way for solving complex problems in which temperature dependent dielectric permittivity as well as non-Newtonian liquids carrying food subjected to MW heating may be taken into account.