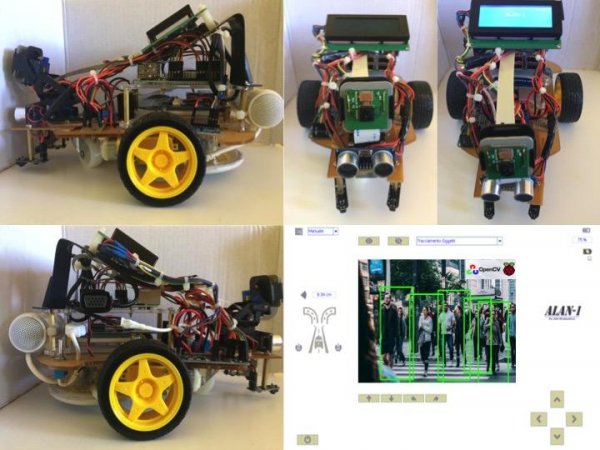 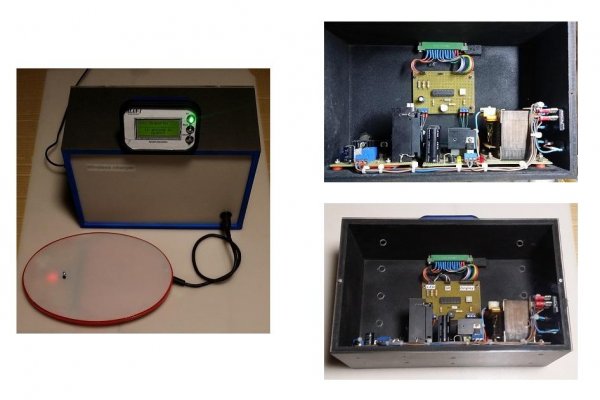 ALAN-1 is a robot of the "Rover" category, which integrates several advanced functions:

The robot software was written using jdk 8, and is totally custom.
Through the use of "multi-threading", the application can manage all the sensors in parallel. The GUI interface was developed to access the robot in an intuitive way, this includes a "frame" for viewing images from the camera plus the integration of OpenCV. The camera is oriented manually by means of directional arrows, and switched on or off by the corresponding buttons on the GUI.
The robot can also be guided in manual mode, using directional buttons (always present on the GUI), and which function as real real buttons. Always in the same interface, there are icons for the detection of surfaces, battery monitor, measurement of the distance of obstacles to the robot, menu list to select the various modes of use (eg ... follow line, automatic, manual, etc. ...). In automatic mode, robot movements are also displayed in virtual mode using icons (curves and feeds), specially created for this purpose. The functions of facial recognition and "object-tracking" are implemented through the use of OpenCV libraries. Through the 20x4 LCD Display, it is possible to have real-time information on what robot is doing, and through the speaker to hear his voice which will be displayed in graphic form through an equalizer created on the Display. The robot is "Wireless" recharged, and has been entrusted to two main circuits: a transmitting circuit that is implemented in the charging base (box), and the other receiving circuit that is implemented on the robot. Both systems (transmitter and receiver) have been specially designed and built for the purpose.
The control circuit (which is based on recharge) is based on the ATmega328 microcontroller with the Arduino UNO bootloader.
Italy 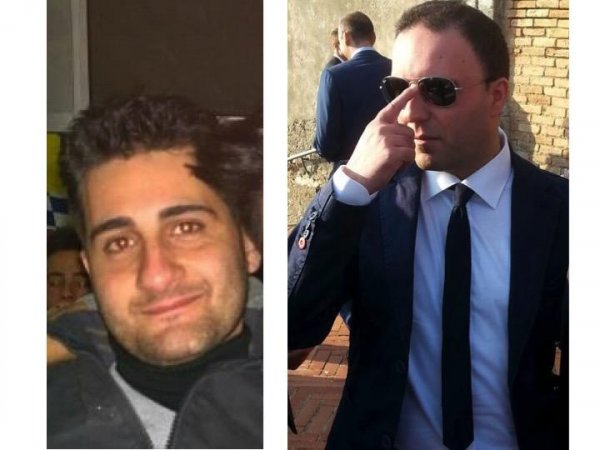