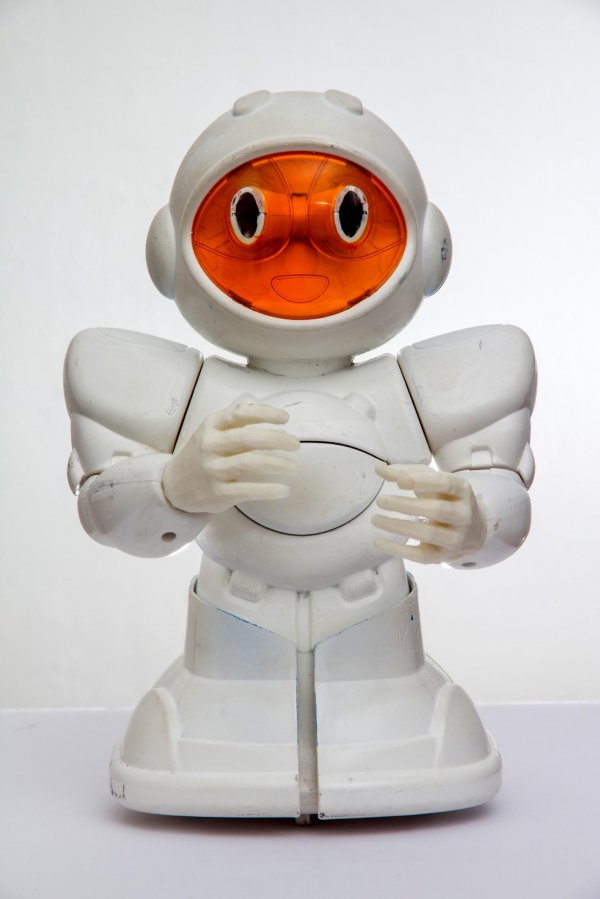 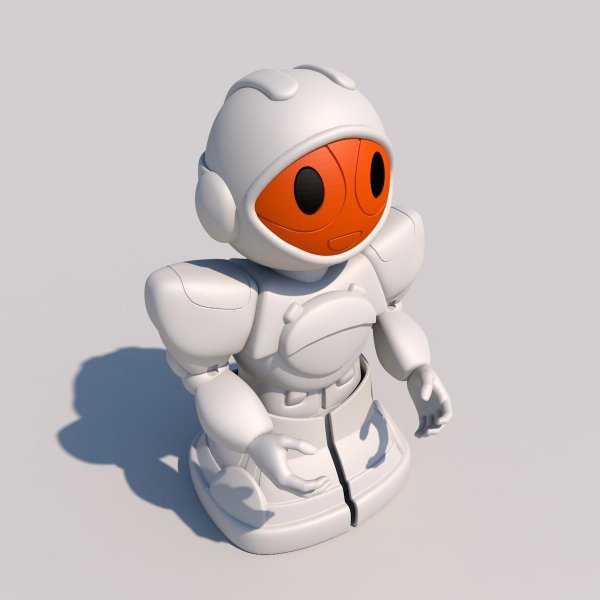 BiroRobot is a device created by Marco Santarelli, scientific director of the institute of research ReS On Network, based in London and San Francisco, and his staff. Ithe small robot can analyze energy consumptions of buildings in real time, identifying wastes and proposing corrective measures to save money in bills and it can analyze the obsolescence of household appliances and equipment. For 30 days the robot analyzes domestic or industrial spaces and, through sensors of heat, cold, GPS and environmental ones, manages to monitor consumption and dispersion. The eyes of the robot contain infra-red sensors and it is powered by electricity or WiFi, with low power battery.
The little humanoid studies the energy habits of the family or the company in which it is located, recording a large amount of data: when the lights are turned on and off, how often the appliances are used and whether and why they disperse energy. Thanks to the internal algorithm, of Marco Santarelliâ€™s invention, Biro is also able to analyze in 30 days the data considering the previous consumptions and thus making a historical diagnosis of the apartment, with a team connected remotely with a central server to managing monitoring. The calculation keeps in mind the average consumption compared to the family members, the geographical area, the size of the apartment, the energy management and the payment of the invoices. For example, 4 people consume about 220 kWh of electricity per month and about 66 SMC/month of gas. This average data in this case by way of example taken in the city of Rome are crossed with the actual consumption that the family has during the daily energy management.
Biro becomes a real intelligence capable of doing an energetic monitoring, environmental and from the 2018 on safety, with the preventive management of the critical infrastructures, management of the tourist traffic of the pedestrians and the surrounding cars, personal security and Intelligence, risk and catastrophic acts prevention, from terroristic attacks to blackouts. Today we can not talk about the internet of Things (IoT), but the internet of everything, the sensors are "automated" and manage to "find" data from natural effects: from temperature, brightness, wind, etc. Such "forces" generate vibration and vibrating, like the above source, resonate, and assume their expression by oscillating and marking us understand whether in an apartment there is or not known people.
These sensors perceive this "mechanical deformation" given by the presence or absence of the person generating an electrical constancy that manifests itself. After the diagnosis phase, tips follow: through an app, Biro offers solutions to reduce waste, allowing cuts of 20-30% of the consumption of thermal energy and electricity and related costs. 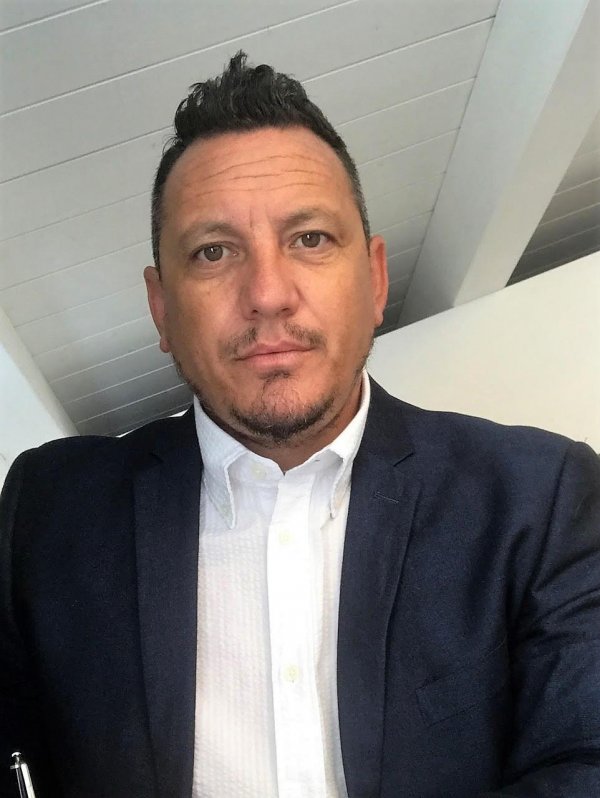 Marco Santarelli studies social physics and intelligent networks applied to human behavior, the connections between applied science and dissemination at national and international media.
Creator and advocate of the research group of the pole Â«Networks AnalysisÂ» as spin-off of various universities, he is the scientific director of the International Institute of Research and Development ReS On Network, Intelligence and Global Defence, London. He is the Program Manager of the international hydroelectric market for multinationals.
Young Critis Award Chair 2017 and 2018 of the scientific program NetONets. Fellow of international research institutions. Expert in critical infrastructure, network analysis, Big Data, future energies and Intelligence. Expert in international terrorism (certified by Formazione SIOI Roma). Associate for the Lithuanian Energy Institute. Teacher in "Intelligence, Big data and Data Mining" Master of the University of Link Campus University.
Among the most important projects, he is the inventor of the algorithm, energy transfer and its optimization, useful tool of energy analysis of buildings through the intelligent networks. Coordinator of wireless Energy experiments for ReS on Network. Creator with Margherita Hack, in their historical collaboration (3 books written together), of La Scienza In Valigia, project of scientific disclosure, which develops in theatrical representation, illustrated book, musical performance taken from the CD and format TV for national and international TV.
Scientific director of the NetHum 2009 section of NETSCI (International Conference on Physics of Networks). Expert for NetONets Networks.
Author of essays. Among the last notable ones for Smart City Exhibition 2013, The smart city in the digital agenda. The Role of Community networks for Smart Cities and the Last Frontier of Complexity Science in NetONets 2011, 2013 and 2015. Big Data and New Technologies and Smart City during an industry experts summit in Beijing. On September 5, 2014 he manned and welcomed Jeremy Rifkin in his Free Energy speech: Jeremy Rifkin presents the Zero Marginal Cost Society.
Among the scientific publications, "ICT connections and the use of data in the sustainable city" in Ecomondo 2014, "Smart Energy. BiroRobot. The Energy of the Future â€œ in Ecomondo 2015 and" the Smart-Green recycling "in Ecomondo 2016, " The Sustainable waste "in Ecomondo 2017. "BiroRobot and the Energy of the Future" in Rebuild 2015. "The sensitive Future" in the international CBRNe Master Courses-3rd International CBRNe Workshop "IW CBRNe 2016 ". "The Smart-Green recycling " In issue 8/2017 of The environmental Engineering and Management Journal.
Among his publications, in addition to articles on national and international magazines, "Penelope. Nuovi sentieri tra scienza, filosofia e comunicazioneâ€ (2008), â€œNetHumâ€ (2009) and forthcoming â€œLe maglie della Reteâ€ and "La Scienza In Valigiaâ€. With Margherita Hack, â€œDiario di un incontroâ€ (2010), â€œLâ€™Aquila volta la cartaâ€ (2011) and "Sotto una cupola stellataâ€ (Einaudi 2012).
Among the awards, the Festival of Sciences 2017 of the Valley of the Temples (AG) with La Scienza In Valigia, the Festival of Energy 2017 (Milan), the MakersTown of Brussels 2017 and 2018 with BiroRobot, the Italy-China science Technology and innovation Week 2016 with BiroRobot, Maker faire Rome 2016 with BiroRobot and La Scienza In Valigia, the Festival of Science of Genoa 2016 with La Scienza In Valigia and the WAWFE Prize for scientific disclosure. Close to the scientific disclosure for newspapers, magazines and national and international tv (including Rai, Euronews and Sky), he collaborates with national and international newspapers, including Il Corriere della Sera, National Ansa, Il Messaggero and The voice of New York.
Involved in the Match Analysis and theories of the networks and graphs applied to the Serie A and B football for Il Messaggero and TV on Sky platform. Data Scientist for Il Messaggero.