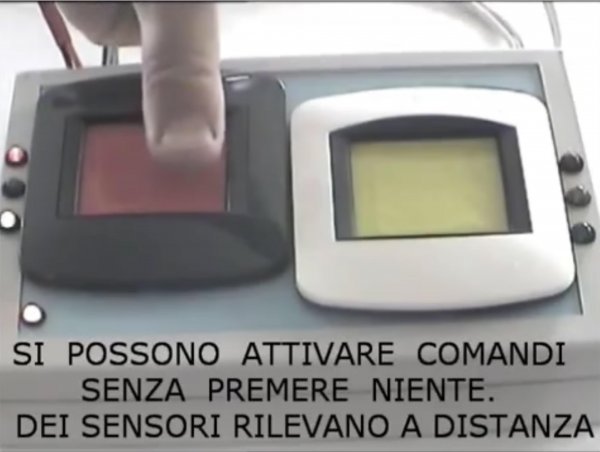 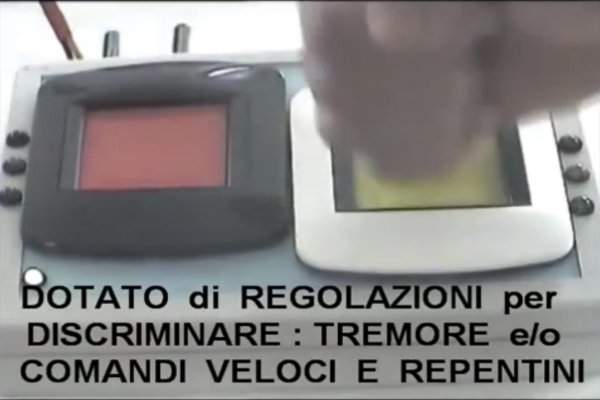 General information: I - CAN, ACCESS COMMAND allows users with neuromotor disabilities, spastic limbs or partially missing fingers, to make them perform and activate a unique and precise operation of technical command on / off to any device or computer interfaced with the aid ACCESS CONTROL, even in the presence of sudden, repeated and involuntary commands created by the physical tremor of a person suffering from neuromuscular diseases.

- THE ACCESSIBLE CONTROL allows a person affected by tremor and / or muscular deficit, residual physical strength to be able to give commands in an easy, precise and functional way without exercising or pressing any physical force with the hand, fingers or limb of the body on anything button, button, device, sensor or other to move the position of the rest state of any switch or button.

- THE ACCESSIBLE COMMAND can be used as an example as a user interface or facilitated command aid in various applications; allows access to any computer with an on / off command input and to control the switching on / off of electrical equipment or technical systems of the house with precision and safety.

-AUXILIARY ACCESS CONTROL is a TABLE CONSOLE equipped with 2 detection sensors that can be controlled independently of each other by activating outgoing outputs ON / OFF with separate, independent and separate commands.

- The ACCESSIBLE COMMAND sensors are visually defined by 2 colored frames that act as indicative guide and define the perimeter of sensitive surface area where the user must approach with the hand, finger or other part of the body so that it can be detected to activate the command on / off.

One of the peculiarities of I-CAN, is that it can be set to operation, at the user's choice, between 2 operating modes: impulse mode, presence mode. In impulsive operation mode a temporary impulsive ON technical command is activated even if near the control sensor the presence of the person's articulation persists (hand, finger, closed fist); (indicated for the person who has compromised physical abilities that determine a slow or deficient muscle-skeletal motion control of the musculoskeletal movement).
In presence mode there is an ON command so that near the sensor there is the articulation of the person (hand, finger, spastic articulation - closed fist).
Italy
WEB 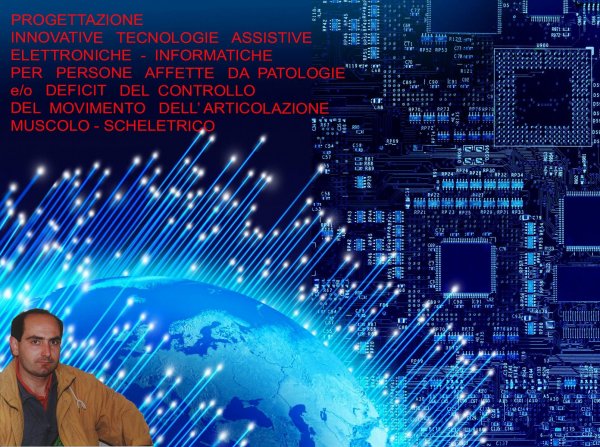 Certificates of participation
Virtuous paths for the social inclusion of disabled people through technological aids;
the evolution of technology to support disabled people.