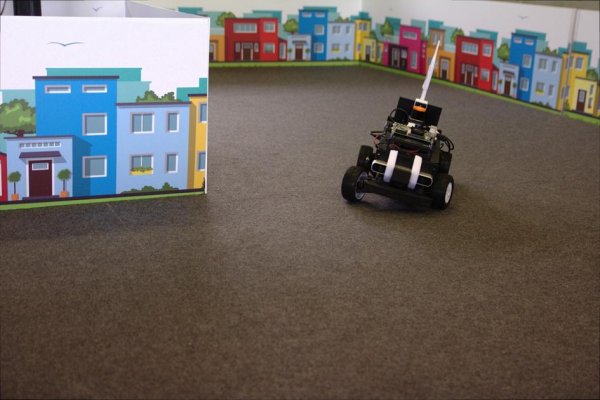 We will show our 1/10 scale prototype of an autonomous vehicle designed for racing competitions. The main difference against a "real" vehicle is the actuation system, which is based on an electrical brushless engine and not on a combustion engine, while both the sensors and the computing platform are the ones used in real autonomous car prototypes. Our prototype, named "Bud", already participated to international races.

The "physical" car, chassis, engine, wheels and batteries can be bought in model shops for few hundred euros, and then can be modified with our 5-minutes instructions. The car fits in a small trolley, and its overall cost is less than 4k €, being dominated by the sensor modules (lidar, and cameras).

The computing platform is based on cutting-edge NVIDA embedde System-on-Chip "Tegra", which is at the heard of NVIDIA's solution for autonomous driving, Drive PX2 and the forthcoming Xavier. It runs a standard operating system (ubuntu linux), and it is designed in such a way that one can quickly get in touch with, and start using it.

We can also show our internal simulator, that is used in the very first stages of driving software prototyping and testing.
Italy
WEB FACEBOOK 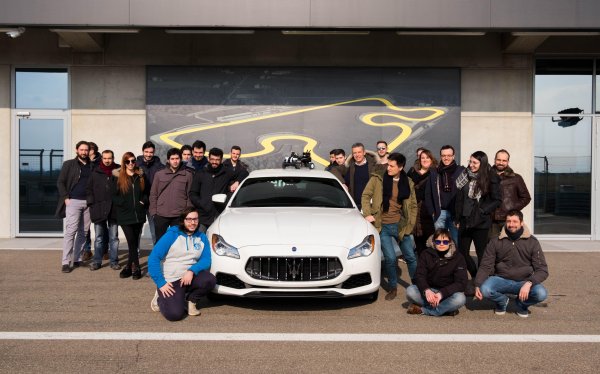 The High-Performance Real-Time Laboratory (HiPeRT Lab) is a research group belonging to the University of Modena specialized in the development of algorithmic and software solutions for high-performance real-time systems, with particular relation to next-generation multi-/many-core architectures. HiPeRT Lab's mission is to predictably exploit the tremendous performance/power potential offered by parallel computing platforms in application domains where timing constraints are crucial. To achieve this goal, the group acquired a strong experience in all the aspects of the technological software stack: from low-level communication/synchronization support for parallel applications, to scheduling algorithms and schedulability analysis; from Real-Time Operating Systems (RTOS) to efficient compilers and predictable runtimes. The group has been involved in several EU project and has multiple on-going collaborations with key companies in industrial domains where real-time requirements are crucial: automotive, avionics, industrial automation, but also semantic intelligence and on-line advertising. It strongly believes in the technology transfer between academia and industry, fostering and promoting new collaborations for improving and devising the real-time systems of the future.
#Robotics #Science
Stand E1 (pav. 5) - University of Modena and Reggio Emilia
Back
Data updated on