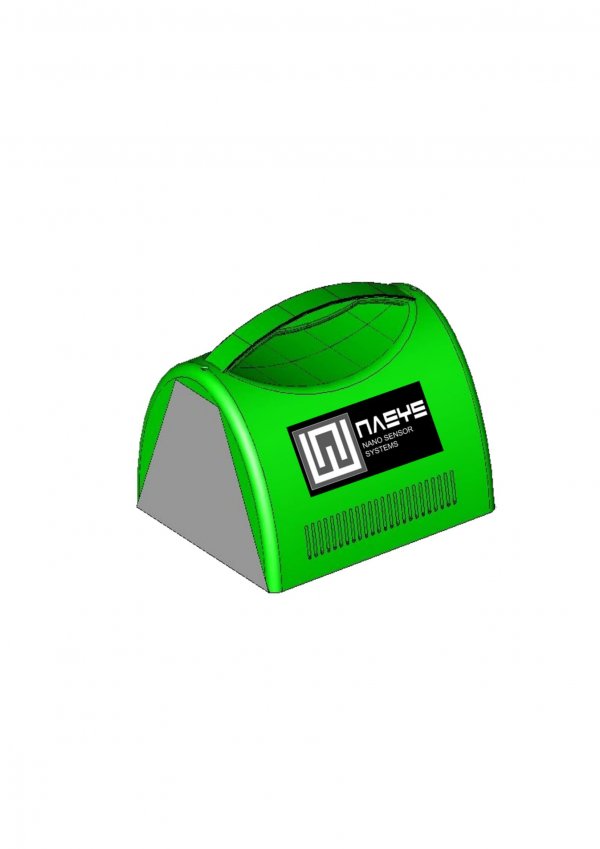 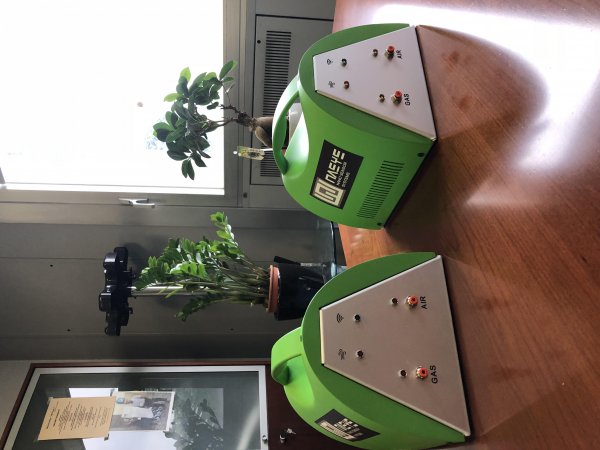 S3 is an olfactometric smart tool equipped with gas sensors made with an innovative nanotechnology that allows to have nanometric crystals on miniaturized surfaces. The variation of the characteristics of the sensitive material allows to trace the composition of the analyzed gases. S3 is able to connect to the Internet, allowing to store and manage sensor responses via a Web App and making it an IoT device. Its versatility makes it adaptable to different applications in life science field, from food quality control to environmental monitoring and human health.
Italy
WEB FACEBOOK TWITTER 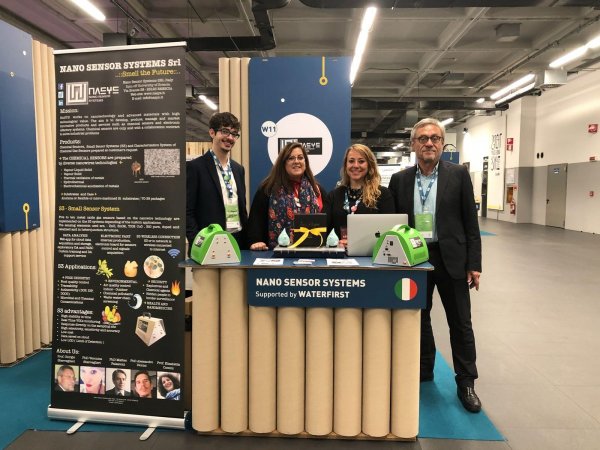 Veronica Sberveglieri (V.S.) - Has a PhD (PhD) in Sciences, Technologies and Agri-Food Biotechnology.
Since 2016 she is part of the CNR - IBBR, National Research Council, Institute of Biosciences and Bio-resources where she is responsible for a Reggio Emilia headquarters where she has been running her team of young researchers with different nationalities for about 10 years. She currently has over 70 publications in international scientific journals and an h-index of 15, has been invited and hosted at numerous international conferences in two of which has received awards in both New Zealand and the Philippines.
V.S. She has always dealt with new technologies applied to the food field in particular, studies, grows and develops nanowire chemical sensors for food control from the fields to the table.
In October 2016 she also founded a spin-off NANO SENSOR SYSTEMS (NASYS) with which she won numerous awards and who is responsible for creating a strong link between research and industrial applications.

Marco Abbatangelo is a Medical Engineer, graduated at University of Tor Vergata in April 2017 with a thesis on gas sensors for detection of prostate cancer cells treatments. In November 2017, he begins his PhD at the Department of Information Engineering of the University of Brescia, but he actually carries on his research activity in the laboratories of CNR - IBBR, National Research Council, Institute of Biosciences and Bio-resources in Reggio Emilia. He works with smart olfactive tools based on nanowire gas sensors for food quality control and environmental monitoring, especially regarding data analysis. In February 2018, he obtains the qualification to the profession of engineer.
EstefanÃ­a NÃºÃ±ez Carmona was born on 7th July 1987 in Spain, earned her a Ph.D in Food Science, Technology and Biotechnology from the University of Modena and Reggio Emilia earned on March 2016 and entitled â€œApplication of Nanowire gas sensor device for the quality control process in the food chainâ€. Currently is a Ph.D Student at the University of Brescia, Department of Information Engineering. Iâ€™m part of the Sensor Lab of the University of Brescia in Italy since 2013 for the development of novel application of sensors devices in Life Science field. he target is to create a device able to provide a complete follow up to the â€œfrom farm to forkâ€ in the food chain.
Elisabetta Comini earned her Laurea degree in Physics from University of Pisa working on crystals and spectroscopy in 1996; she then pursued her Ph.D. in Material science at the University of Brescia in 2000 on metal oxide thin films for chemical sensing. EC is a researcher specialist in the growth of metal oxides, particularly nanowires, thin films and the measurement of their electronic, functional and structural properties. She is responsible of SENSOR Laboratory.During her career she has attended more than 90 conference and schools, she has more than 350 oral communications at conferences and she was invited and presenting herself 20 invited communications and 3 plenary talk. EC was chair of the Materials Research society fall meeting, Boston 2013.
Prof. Giorgio Sberveglieri received his degree in Physics cum laude from the University of Parma (Italy), where he started in 1971 his research activities on the preparation of semiconducting thin film solar cells. He is currently emeritus professor at the SENSOR Laboratory at Brescia University where more than 30 researchers are working in the permanent staff. In 1988 he established the Sensor Lab, mainly devoted to the preparation and characterization of chemical sensors based on nanostructured metal oxide semiconductors either in form of thin film or more recently as nanowires and nanobelts. Furthermore, since the mid 90s, the lab is focusing on the area of Electronic Noses for security, food and environmental applications. In 1994, he was appointed full Professor in Experimental Physics. He is referee of many international journals and has acted as Chairman in several Conferences on Materials Science and on Sensors. He has been the General Chairman of IMCS 11th (11th International Meeting on Chemical Sensors) and of the EUROSENSORS 2014 Conference. He published about 544 papers, including 5 cover papers, getting over 15521 citations and an h-index of 63.