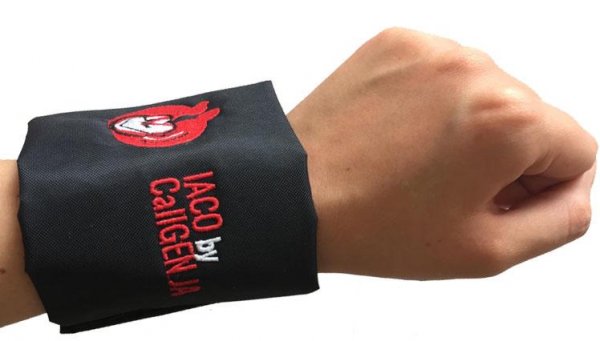 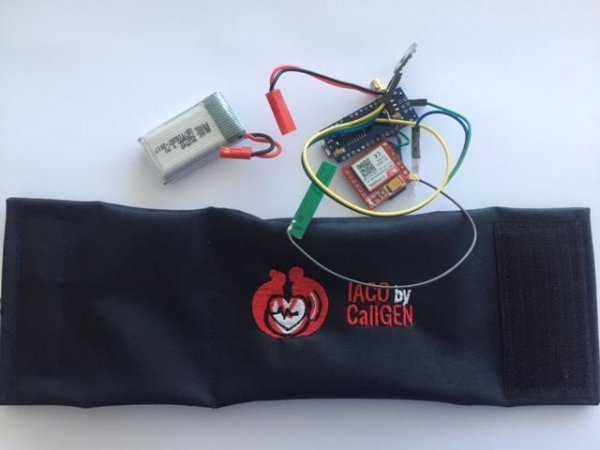 IACO (I Am COming)

IACO (I am COming) is a smart bracelet that aims to create a cutting-edge product capable of detecting sudden and unexpected changes in the heart rate and accidental falls of the person wearing it.
It is designed for people who present problems, who live alone and who have difficulty in contacting someone in case of danger. The fact remains that it can be used by anyone with motor or cardiac difficulties or more generally by people over-65 who want to feel safe and autonomous in their daily activities.
The IACO project is contained in a bracelet, in which the control and command electronics are assembled, the sensors that perceive any variations in the heartbeat (programmable in the release phase) and a special accelerometer that detects any falls of the individual who wears it . The system is equipped with a SIM module which in case of criticalities detected sends up to 10 calls in sequence of about 20 seconds each and as many customizable text messages. Both calls and text messages can be stored in the phone book of the SIM embedded in the bracelet.
IACO does not need an Internet connection.
The system is powered by a 3.7 V rechargeable lithium ion battery that provides a life of more than 12 hours. A second replaceable battery can be supplied in order to have the possibility of using the device for the whole day.
The bracelet was designed to withstand falls of up to 3 meters, the colors and design personalize it, making it appealing.
HOW IT IS DONE:
IACO perceives the person's speed of movement thanks to an accelerometer.
If the received data is altered, the bracelet sends a call and a text message to the people inserted in the SIM address book built into the bracelet.
The support is made of waterproof material, hypoallergenic, easy to use and to wear, not bulky.
THE SELECTED COMPONENTS FOR THE IMPLEMENTATION OF THE PROTOTYPE
ïƒ¼ Arduino nano
ïƒ¼ COMUS (ASSMETECH) ASLS5 Acceleration and Shock
ïƒ¼ MAX30100
ïƒ¼ SIM 800L
ïƒ¼ Connector for Li-Po batteries
ïƒ¼ 3.7V Li-Po battery
It has been established that for a possible mass production, in consideration of the quantities to be realized, a particular microchip will be created which encompasses all the capabilities of our system, improving its quality and characteristics.
It is not excluded that we will use 5G technology for the near future.

WHY A BRACELET:
Interviews were conducted with some elderly people in a nursing home for the use of such a device and the type of design to be adopted. The interviewees showed themselves to be very favorable to the use of this device that can be worn permanently, so as to guarantee protection precisely when one is more vulnerable, at night, when one goes to the bathroom or more simply when one is alone in home or in the room of the accommodation that hosts them,
In particular, the device is designed to be worn by anyone and with ease, battery replacement will be simple and fast.
This will allow the user to wear the bracelet with discretion and ease of use.
It is designed for people who have problems, with limited motor capacity, who live alone and with difficulty in contacting someone in case of danger. But the fact remains that it can be used by people with different motor or cardiac difficulties or more generally by over-65 people who want to feel safe in their daily activities. 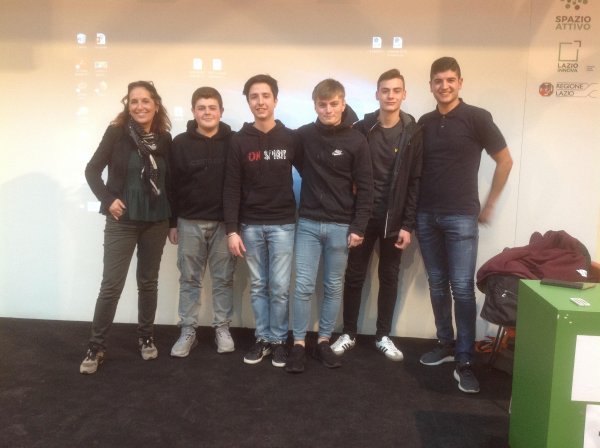 The 3AIA is a class of ITT Leonardo da Vinci of Viterbo in the IT and Telecommunications sector with Computer Science articulation. It is made up of 24 boys and 2 girls aged between sixteen and seventeen. The idea came from them, who decided to develop their IT skills as makers, putting them at the service of an important and crucial sector such as smart health. The group has self-disciplined sharing the tasks according to their knowledge and attitudes. All the students played an important role in carrying out the project with specific roles and tasks to be completed.
#Wellness & Healthcare
D17 (pav. 5) - ITT Leonardo Da Vinci - Viterbo (VT)
2019
Back Data updated on 2022-10-05 - 9.38.33 am