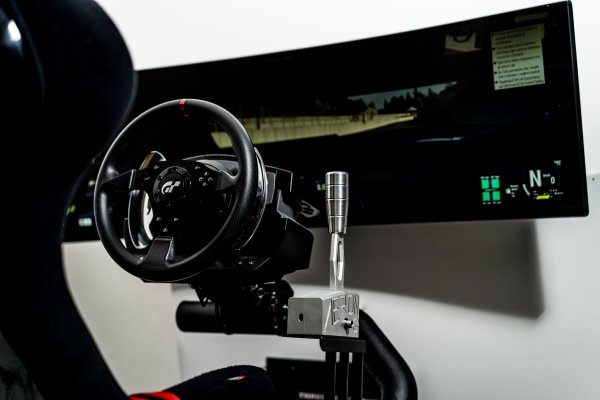 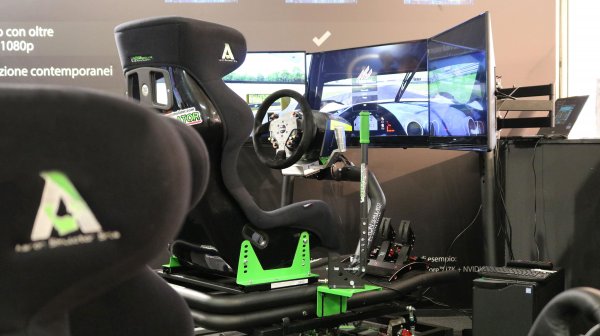 When the simulation becomes reality

Our project talks about the construction and development of a driving simulator with the addition of innovative accessories and mechanical parts with unique design and quality.
The comparison between the first game created for the game up to the last AeronSimEvoIII Dynamic model created with the cooperation with several realities, including real pilots, is the fulcrum of our project. Every day we set ourselves goals to satisfy the demands of the world market. With the advent of new technologies based on electric cars, we feel compelled to make a technological contribution to the new world by providing our experiences and products for the development of new ideas. Moreover, we demonstrate every day how the thread between reality and simulation, while driving, is now very subtle 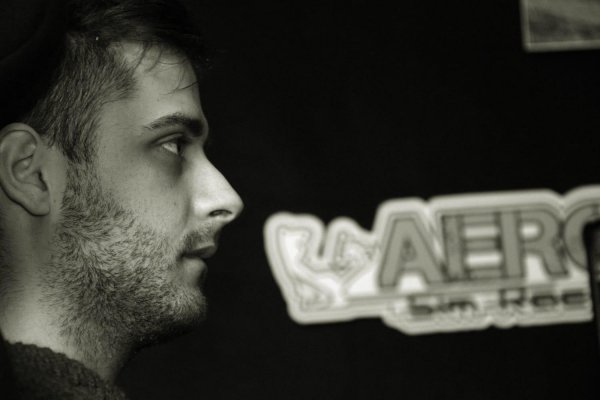 Giovanni Tucci was born on 11/3/1989 in Frosinone, since he was a child he was passionate about motor racing in any discipline, he studied in the technical institute but he didn't like doing what he was imposing, he saw it boring, he hated doing the same things repeated more times. And sometimes if a thing is imposed on him, he can't complete it. In his spare time he plays with the consoles and gets passionate about the famous GranTurismo. At the age of majority, forget the games, and with great enthusiasm, take the opportunity on the fly and so, he starts working at his great uncle's company, a tax concessionaire, literally 50 meters from home in the RoadMapper Sector. Good, 800 euros a month, 100 meters from home, safe place. Very beautifull! His job consisted of sitting in front of a PC for 8 hours a day, virtually recording advertising signs and driveways for public bodies. His colleagues, engineers, are very satisfied with their work, often with a salary below 1000 euros per month. Between him and him he began to think that they were real fools, a life of sacrifice in studying and graduating to fulfill his dream, namely to work in an office with very little light 8/10 hours a day, often under 1000 euros per net months to settle for a simple work place with no possibility of growth. Often new solutions were invented to speed up the work, but every time it was taken up because it did not follow the directives imposed. During the work as an employee, due to boredom, he begins to read and read up on all the present and future facets of the automotive world and taking a cue from the RoadMapper understands that it is not so bad to build something that you can drive, aiming at quality and efficiency . The Day becomes a routine with work, the night turns into a writing and designing project, documenting, reading; Every day it becomes more and more information, asking, learning, the moment arrives where he understands that his work as an employee carries it out very lightly because his ambitions are not those of living in an office that often does not offer you possibility of expanding knowledge and horizons. But with the job a lot of satisfaction is taken away, with the money set aside and thanks to his parents who gave him support, he runs for the first time in a car race. A dream that becomes reality, a unique emotion that is about to start. 1 month of preparation, 1 month of stress .. we are at the start 3,2,1, away ... First test, a disaster, second test idem, third test breaks a mechanical part and for all would have ended the race. In the direction of the race they advised him to retire in order not to do more damage, but with the stubbornness the race ends without further damage and for him this is already a victory, receiving many compliments for having brought the car to the finish line! sums up. He understands many things, the 3 fundamental things are: environmental impact, stress, months of sacrifices in putting aside the money gone up in smoke, useless risks for a passion that will end badly that goes with an accident, an important money return, a bad memory. In short, setting aside 7000 euros for a race is not so smart, yet 80% of the enthusiasts would do it without thinking about it and often get into debt for this, for an unforgettable race! In 2015 he abandoned his work as an employee, shortly before from the upper floors decided to implement his shortcuts in the census of advertisements, but satisfied with the choice he went off equally with great satisfaction to see that his ideas prevailed over every imposition, and so he began to build in a small room together with some of his friends, the first prototypes of the driving station completely handcrafted with an old electrode welding machine and a whisk. He began to work alongside his creations on a TV and a PC, invited his friends and noticed that they had fun like crazy on the rust-colored driving position. A unique satisfaction that always tends to hide it. Start to do market research and find out about future Bussines and how a discipline of this kind can impose itself on the market, start asking questions and get answers, 90% of the answers were "let it go back to work in the office there is safe money" "It takes courage to give up a safe job for a game" "Look SPARCO, don't think about driving simulators at all, think about reality, don't run after games".
Today the Aeron Simulator is a true company that deals with Development and sales of Pilot training components with 4 active collaborators who deal with marketing, production, Sales and development and where our clients' investments lead to personal growth in psychophysical terms. , knowledge and discipline, saving and reducing environmental impact, cooperation between virtual and real pilots, cooperation between teams and the growth of useful driving techniques in a real future.
Sparco, jumped into the sector a year after the Aeron Simulator.