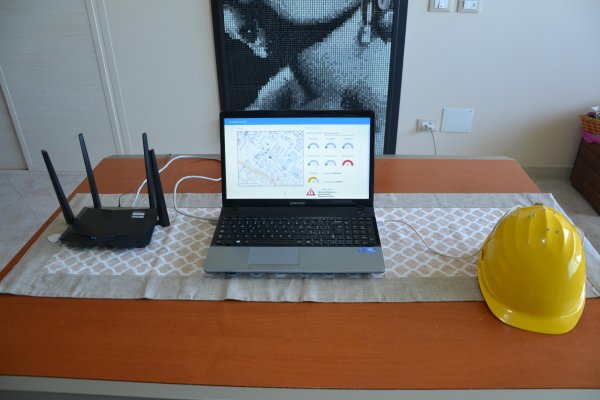 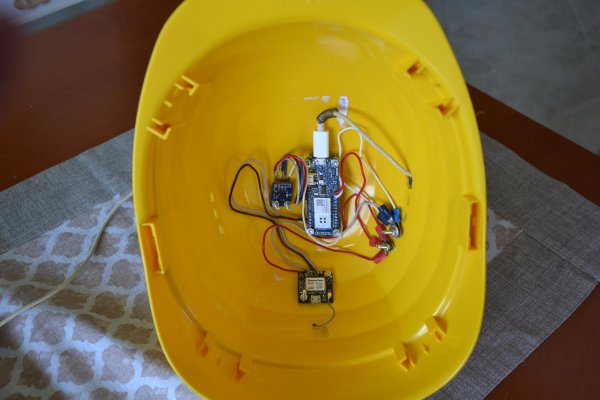 Presentation of the project, what it is for and why it was developed.
We are two ITT Pacinotti guys from Fondi who have to start the upper third, who met at the robotics course and wanted to recreate from 0 the smart helmet that was started by boys in the fourth year during a hackathon with WÃ¼rth and Fondazione Mondo Digital took third place for the idea on November 28, 2018. The idea was taken up by the robotics group and then carried out by us two students: Oscar di Manno and Peppe Mathew
The Smart IoT work helmet is a helmet for "intelligent" construction workers (or a helmet for motorcycles and bicycles or child control).
Every year there are numerous accidents on the site due to accidental causes that can be lethal due to a high waiting time for a summed rescue intervention linked to delays in the discovery of the accident.
With this Smart IoT Helmet it is possible to know the position in real time, even in the case of concealment of the worker, with latitude, longitude and elevation, therefore the precise position of the "wounded".
The helmet with the accelerometer is able to determine the eventual sudden fall or to perceive the state of standstill of the worker in case of inactivity over a certain period, while with a GPS it determines the precise position and displays it on a map, with a temperature sensor and humidity the working condition.
The helmet is also equipped with an emergency button or S.O.S. if the worker requires urgent intervention.
Italy 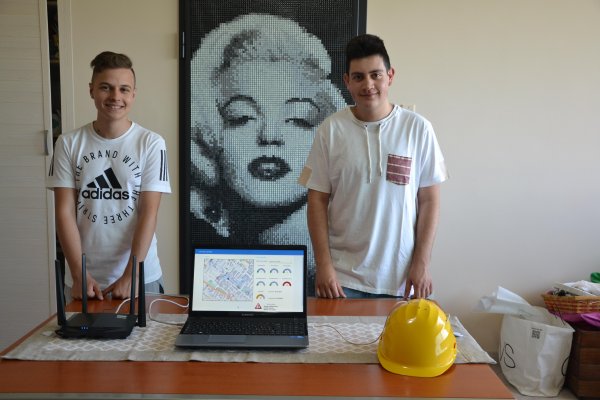 We are two students of the Antonio Pacinotti Technical Institute of Fondi, Oscar Di Manno and Peppe Mathew, our hobby is electronics and computer science. We are experts in databases and IoT systems, we have a small workshop in the garage where we experiment and build. Our coach is prof. ing. Arturo Lazzaris
#Internet of Things
D32 (pav. 5) - ITI A. Pacinotti - Fondi (LT)
2019
Back Data updated on 2022-10-05 - 9.38.33 am