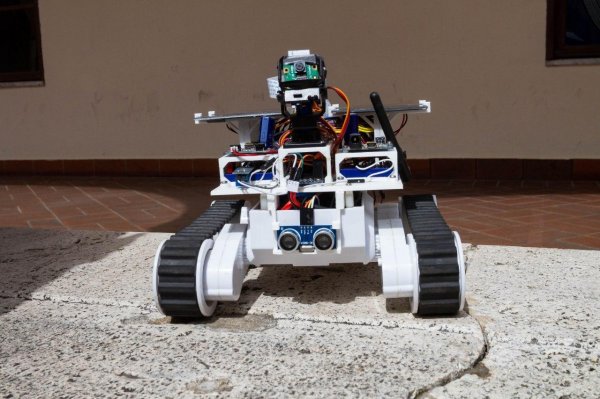 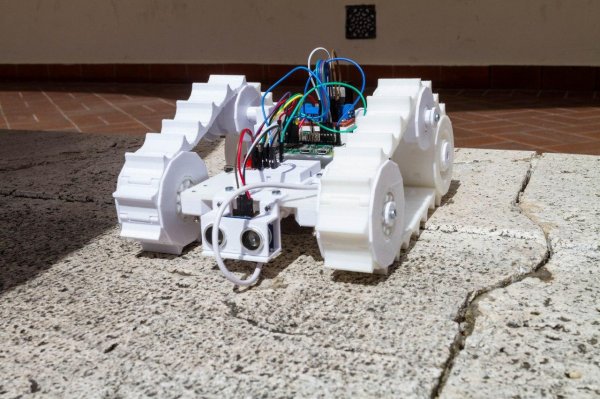 The project consists in the simulation of different ROVER models, self-propelled land probes, inspired to the ones launched by several space agencies on other celestial bodies, in particular on Mars.
We built exploration rovers which have the capability to move around autonomously, achieve a series of fixed objectives and conduct specific functions, depending on what they're commanded to do.
They are programmed to move both independently and remotely from ground station (namely a computer). They know how to recognize obstacles in front and behind them, continuously sending data, received from a few sensors, to the controller. Moreover, one of the rovers can recharge itself by means of two solar panels and take, if requested, pictures and video using the camera mounted on it.
To achieve these objectives, the starting point was a prefab track-laying stage and a 3D printed base on which the electromechanical structures were mounted on, entirely 3D designed and printed by the members.
The rovers are managed by a single-board-computer Raspberry Pi3 (essentially a computer with Linus OS), accessible by connecting it and the ground station to the same Wi-Fi connection.
The most important sensors mounted on the rovers are:
• Distance sensors: They constantly transmit the registered distance via ultrasound signals. Through a dedicated function, if the rovers are moving and the distance between them and an object decreases below a minimum value, they are able to stop and change path;
• IMU (Inertial Measurement Unit, it’s a complex of sensors, namely an accelerometer, a compass, a gyroscope and a temperature sensor). It allows the rovers to be aware of their positioning and orientation and of the direction they are moving towards;
• The GPS can recognize its position on the Earth globe, visualized on the ground station map.
• The pan-tilt and the servo-driver are the set of structure and control which support and direct the camera in every direction. It can be directed above, below, left and right, through the setting of two servomotors, with a 180° span on both directions.
• Camera (12MP) can capture images and videos (limited fps) and send it to the grond station in real time. 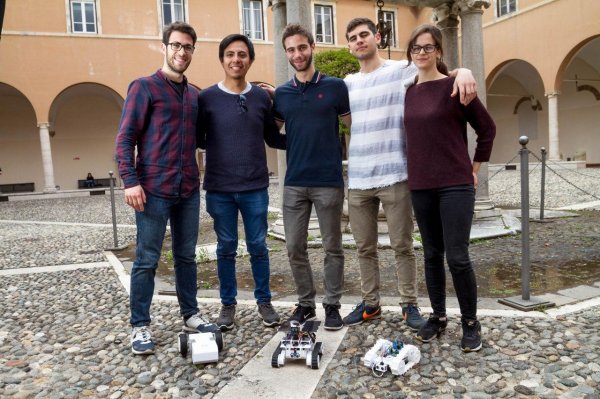 Technology Team was born in 2017, merging different Aerospace Engineering students from the University of Rome, La Sapienza. In 3 years, we built 4 rover models, in 2019 we achieved 30 subscriptions and partecipated to the AUVSISUAS competition, in Maryland, USA. The team aims to provide all the technical and practical knowledge that the University, being too much theoretical, doesn't provide to its students.
#Aerospace
E18 (pav. 7) - Sapienza Technology Team
2019
Back
Data updated on 2020-12-13 - 11.41.04 pm