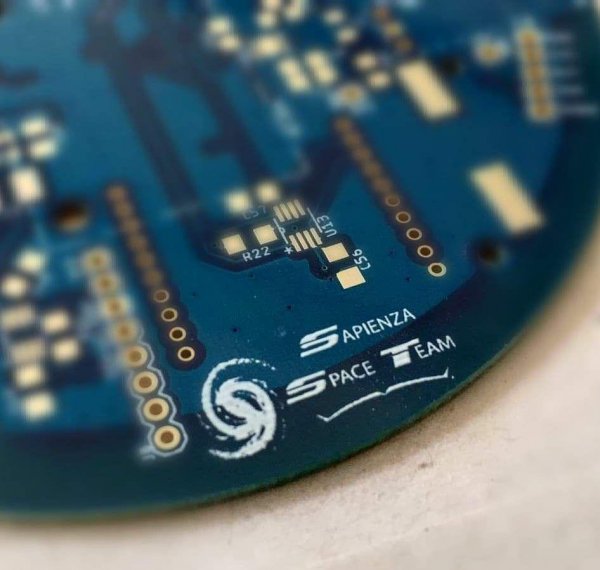 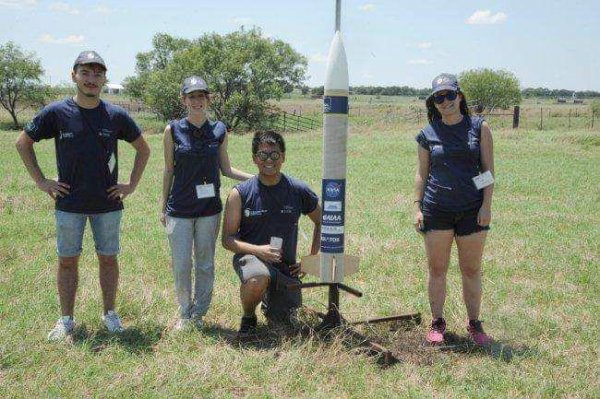 The project of the Sapienza Space Team is based on a simulation on a smaller scale of a space mission in which the main phases are â€œascentâ€ and â€œatmospheric reentryâ€. Mainly, it consists in designing a prototype which should comply with requirements of a mission promoted by AIAA, NASA (and other leading the aerospace field). The name of the mission is â€œCanSat Competitionâ€ indeed, an international annual competition between universities. The prototype is a satellite of contained dimensions [310x125 mm], which originates from the concept of CanSats (small-sized satellites stowed in a cylindrical container similarly to a can, from which the word â€œCanSatâ€).
The prototypes are thought and built to comply with the official requirements. They change every year, but fundamentally the dynamics of launch are the same: the CanSat is brought to the altitude of approximately 1 kilometer in less then 5 seconds. In the mission dynamics upon which the CanSat is designed, it is released from the rocket, thus starting its controlled descent. At a fixed altitude separation between carrier and lander (or between internal payload and external container) occurs, through operations and systems which vary year by year accordingly to the parameters of the mission. Throughout the whole mission, several sensors and a camera are installed inside the CanSat, so that it can gather data (speed, altitude, acceleration, temperature, pressure, pictures, videos etc..).
The mission consist of 3 steps: Designing, Presentation, Mission. The latter takes place in June in Texas (USA) among the 40 teams that have accumulated the highest score in the previous phases 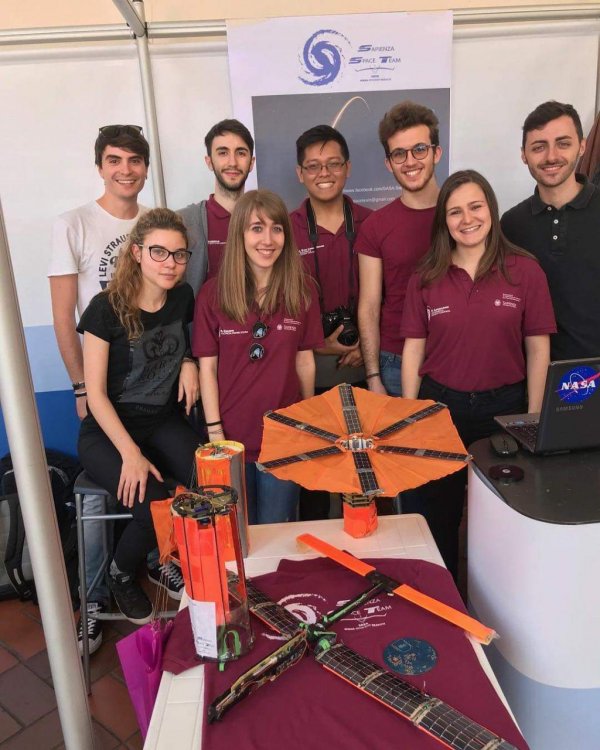 The Sapienza Space Team (SST) is the official team of the association SASA
"Sapienza Aerospace Student Association", an AIAA Student Branch",
for national and international engineering competitions in space.
Mainly composed of students of Aerospace Engineering degree courses (three-year degree)
and Aeronautical and Space Engineering (master's degree)
of the "Sapienza University of Rome".

It was born in 2012 to give members the opportunity to put into practice with hands-on projects the theory studied in the faculty and enrich the training path of future engineers. With the aim of giving vent to the passion and skills of students and professors, but also to give life to highly formative experiences, the team has been participating for 5 years in the CanSat Competition, an international competition between universities from around the world promoted by NASA, U.S. Naval Research Laboratory and other players in the world aerospace sector.
To reach its purposes it organized in the last years a lot of events and workshops to get closer the public to the aerospace topic and to give the students of the university the possibility to learn how to use some important programs, like those for the digital manufacturing.
#3D printing #Aerospace #Fabrication #New Manufacturing #Robotics #Science
E23 (pav. 7) - Sapienza Space Team
2019
Back Data updated on 2022-11-08 - 10.59.34 am