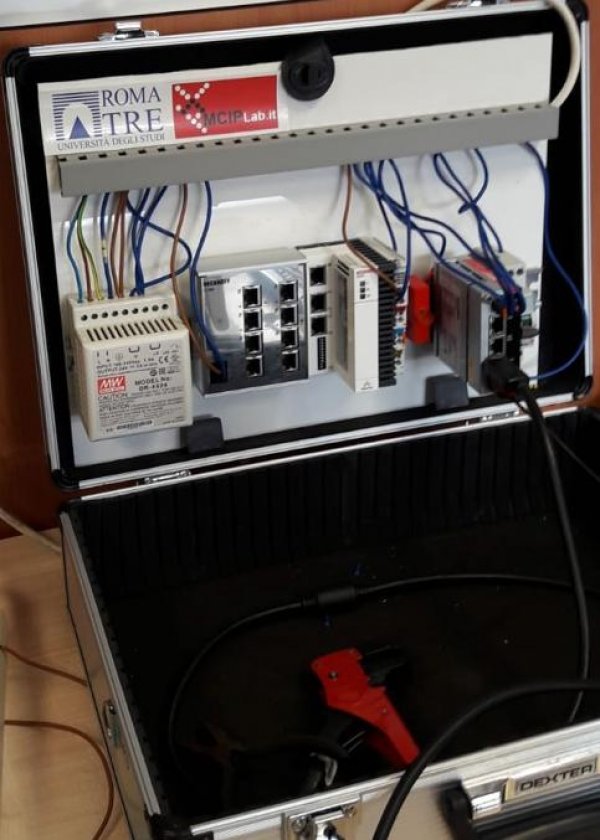 The Smart Extension device is a security device able to stop attacks to an Industrial Controller (PLC) using several techniques including deep packet inspection and process modeling. Such device is useful in contexts where the industrial network is almost insecure or a misuse of the process is possible from an attacker. Several attacks are recognized as well as several misuse malicious strategies. The device has been designed with the contribution of H2020 project ATENA.
Italy

Stefano Panzieri is associate professor of Automatic Control at Department of Engineering of the University of ROMA TRE. He is coordination of Ph.D. programme in Computer Science and Automation (since 2008), vicepresident of “Comitato Unico di Garazia” of ROMA TRE (since 2015), has been a member of the Working group on Critical Infrastructures of Prime Minister Council and has been member of the Working group on Cyber Security National Strategies of Prime Minister Council. He is the director of MCIPlab, Models for Critical Infrastructure Protection laboratory and the Automation Laboratory for undergraduate and graduate students. He teaches Industrial Automation Control Systems – SCADA, Fundamentals of Automatic Control, Automatic Control, and Distributed Control for Large Infrastructures. Main areas of research include Flexible Robots, Mobile Robotics, Sensor Networks, Complex Networks, Smart Buildings, Smart Grids, and Critical Infrastructures Protection. He published 41 journal papers, and co-authored more than 110 international conference papers. He has been scientific coordinator of many EU projects.

Riccardo Colelli is a Ph.D. student in Computer Science and Automation from University “Roma Tre”. He has obtained bachelor’s degree in Computer Science Engineering and he has obtained master’s degree top grade in Management and Automation Engineering. The field of his research is focused on cybersecurity in industrial control systems and critical infrastructures. His research has allowed him to publish several articles in an international context. He was involved through university in the European project H2020 ATENA for detect and mitigate cyber attacks.