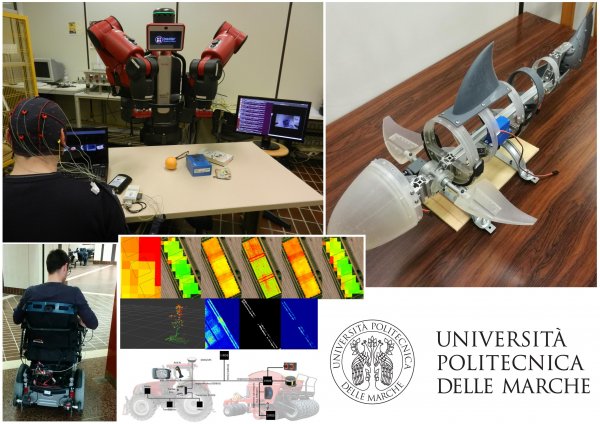 Robotics and Vision in Smart Agriculture

Some of the recent research and development activities on robotics and intelligent machines, currently ongoing at the Department of Information Engineering of Università Politecnica delle Marche. In detail robotics and vision in smart agriculture (sensors and aerial vehicles for precision agriculture, and audio / video support).
Italy

EMANUELE FRONTONI – Emanuele Frontoni is Professor of "Fondamenti di Informatica" and "Computer Vision” at the Università Politecnica delle Marche, Engineering Faculty.
He received the Doctoral Degree in Rlectronic Rngineering from the University of Ancona, Italy, in 2003. In the same year he joined the Dept. of Ingegneria Informatica, Gestionale e dell’Automazione (DIIGA) at the Università Politecnica delle Marche, as a Ph.D. student in Intelligent Artificial Systems. He obtained his PhD in 2006 discussing a thesis on Vision Based Robotics.
His research focuses on applying computer science, artificial intelligence and computer vision techniques to mobile robots and innovative IT applications. He is a member of IEEE and AI*IA, the Italian Association for Artificial Intelligence.