Phenomena like the Pacific Trash Vortex or space debris seem to suggest that the landfill is now an obsolete destination and that objects, moved by their own will, head towards new and better common destinations.
LU.PA responds to this urgency by creating an innovative system that will allow objects to reach their ideal destination through teleportation. The project will be presented as a world preview at the 2019 Maker Faire in Rome, where visitors will be invited to test this innovation by choosing to separate from an object of their own personal belongings to offer it a better future.
The selected object, once at its destination, will send an instant image to its former owner verifying its arrival, and the owner will be able to keep this as a memento and trace of their participation in the "VACANZA" program (Teletransport Holidays). 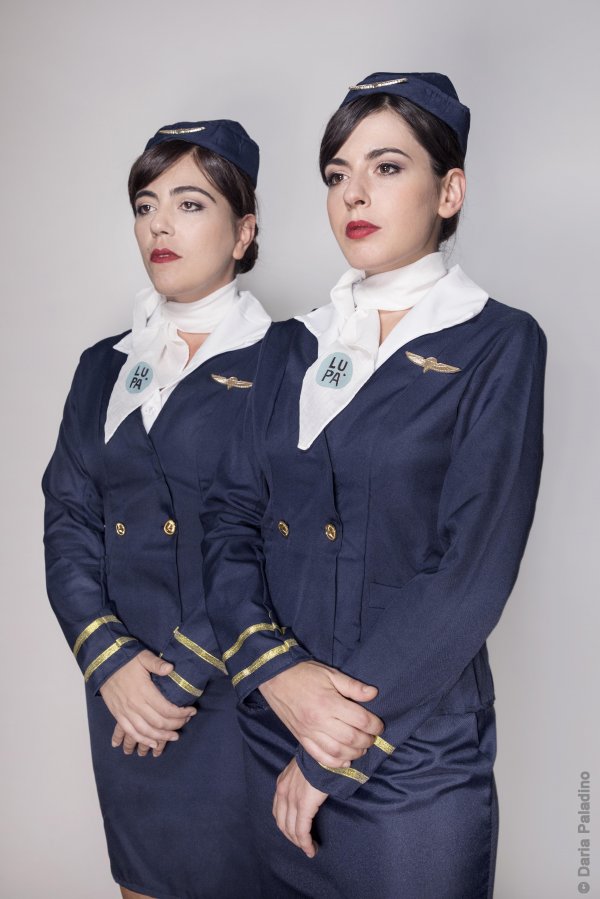 LU.PA was born through the alliance between artists Lulù Nuti and Pamela Pintus in 2017.
LU.PA explores dynamics, languages and tools from the contemporary world through the relationship with the “other”, integral to the duo’s nature, in order to analyze the systems that regulate today’s relationships. For this reason, LU.PA’s projects often arise from performative actions or rituals in which the public becomes an integral part of their creation process. LU.PA officially debuted in April 2018 with an uninterrupted 24 hour performance OLO o della danza del tutto, a true visual manifesto by the duo. On this occasion, a white cube was built, overlooking the street at Spazio Y, in Rome. In July of the same year, LU.PA was invited to Spoleto (IT) to participate in Astra Vol.1, on the occasion of Festival dei due Mondi, where they realized Luco, a multi-media installation, as well as a performance entitled Senza titolo.Parla.

The internet is one of LU.PA's preferred tools, which they use as a place of research. Fascinated by the discoveries that the web provides, the duo carries out a meta-reflection on its products and processes, highlighting the semantic and semiotic short-circuit that the concepts and words undergo inside. They often use the web as a field of action, as seen with Nodum, a transmedia project realized in 2018 for Apulia Land Art Festival, curated by Carmelo Cipriani. At the end of 2018, the Musée Zadkine in Paris hosted the duo’s first performance in a public institution (SANS TITRE. ZADKINE) commissioned by the Museum’s director Noelle Chabert and the independent curator Azad Asifovich.
In 2019, LU.PA’s work was presented in the group exhibition Microcosmo.Visions of Contemporary Landscapes (Palazzo Doria Pamphilj, Valmontone, IT). The duo has also realized their first wearable work, the Lambda-Shirt, for Contemporary Attitude, a project linking fashion and art, curated by Giuliana Benassi.