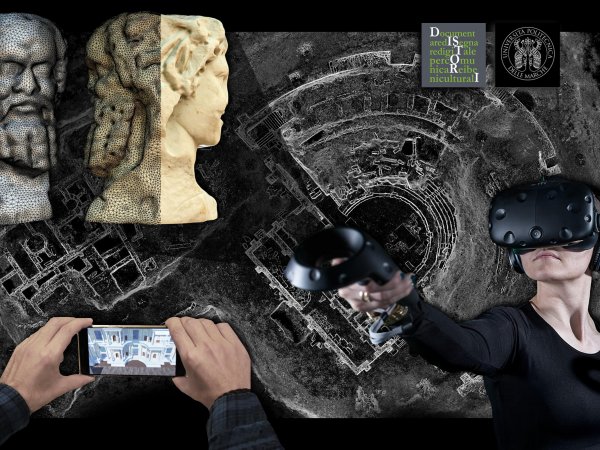 Distori Heritage is an interdepartmental research group of UNIVPM, for years engaged in the Digital Cultural Heritage. We deal with the digitization of cultural and architectural heritage for the safeguard and dissemination of knowledge. Inside there are: Distori for Architecture for architectural documentation aimed at recovery and conservation, and Distori for Museum for the enhancement and interactive applications in museums. We will show our latest augmented reality, immersive virtual reality, 3D prints, 3D reconstructions and digital libraries applications.
Italy 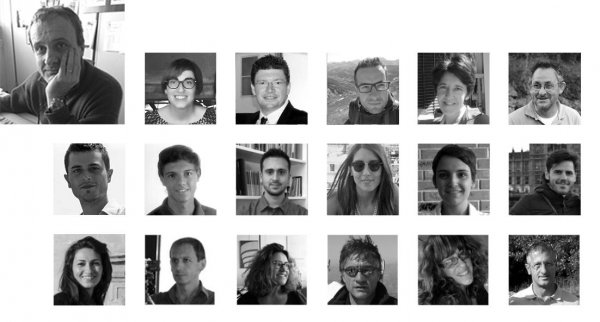 The Distori Heritage research group is composed of three sections relating to different departments of the Faculty of Engineering of the Polytechnic University of Marche, with scientific manager prof. Paolo Clini. The group boasts participation in numerous national and European projects, including:
• CIVITAS - ChaIn for excellence of reflectie societies to exploit dIgital culTural heritAge and museumS. A pilot case in Palazzo Ducale at Urbino - a strategic University project for the enhancement and dissemination of digital cultural heritage and for the museum;
• REMEMBER - READING the Memory of Adriatic ports sites. Maritime culture to foster BAlanced tERitorial growth - European project of cooperation with Croatia (2019 - 2020). DICEA is a technological partner and will supervise the construction of 8 virtual museums;
• DCE Flaminia Nextone and DCE ROAD, a regional project with European funding for the promotion of a territorial development process that winds around the Via Flaminia through the systemisation of tangible and intangible cultural heritage through information technology and communication;
• project "Interactive, multisensory and multi-user educational paths through Virtual Reality technologies: the Archaeological Museum of the Marche" funded by MIUR in the context of "Educational projects in museums, sites of archaeological, historical and cultural interest or in cultural and scientific institutions "
• ArcheoGate project - Portal of the Archaeological System of the Marche - Marcheology, is part of the MuSST program - Museums and development of territorial systems, with which the Directorate-General of Museums intends to support the regional museum poles in the promotion of territorial networks, in the participated valorization and in the creation of integrated cultural routes.
• ArcheoFano-Vitruvio project, aimed at the study and enhancement of the Roman Fano through advanced 3d survey systems.
The structures and the laboratories of DICEA, Department of Civil Engineering, Construction and Architecture, where Distori works, are equipped with innovative and performing equipment thanks to the recent funding of the MIUR fund for the excellence departments 2018 - 2023.
The skills range from laser scanning, remote sensing and digital photogrammetry to the realization of HD images, to the application of semi-automatic surveys or with UAVs / drones, to multi-layer and multi-scale analyzes. From the realization of virtual reconstructions scientifically validated to the development of low cost procedures for obtaining 3D objects, from Digital libraries & cloud data management to the development of sw for 3D visualization on the web and mobile. Finally, it deals with Reverse modeling and rapid prototyping through 3D digital printing.
The group has confirmed its results with the publication of numerous articles and essays in peer reviewed scientific journals and presenting the results of its research at national and international conferences.