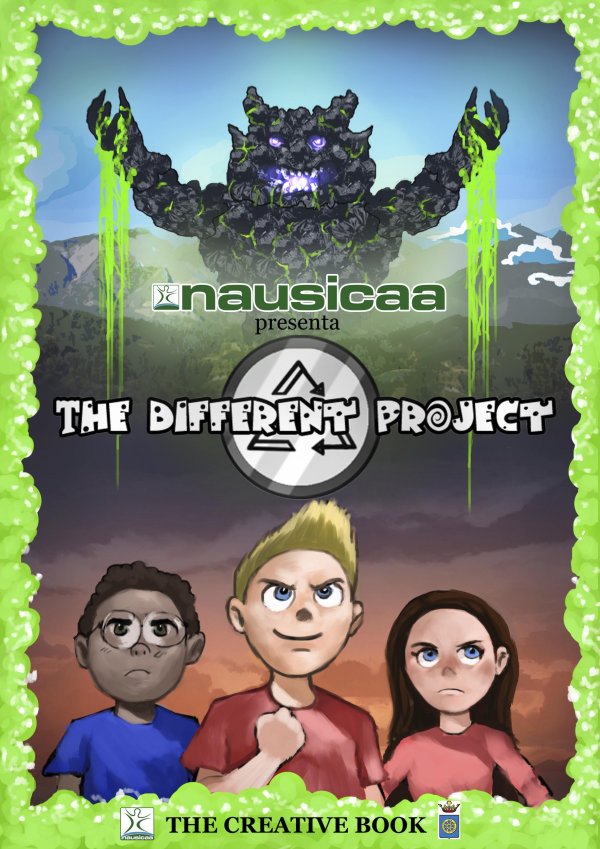 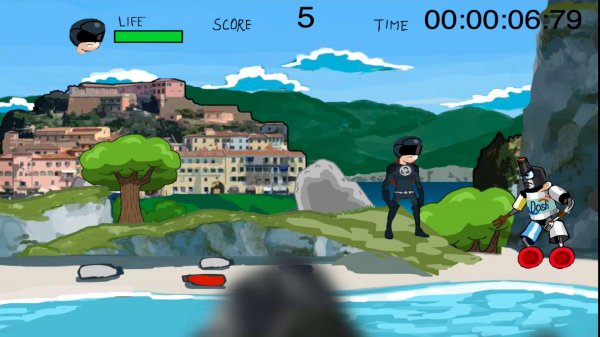 The Different Project - The Videogame and The Creative Book

The different project was conceived and realized in the form of a videogame that addresses the salient issues of environmental education, highlighting, on the one hand, the causes and consequences of pollution and, on the other, the benefits of separate collection and recycling as the only means of combating it.
The introduction explains, in the form of graphic animation, how air pollution occurs. The video game is set in the near future to reflect on the possibility of preventing an imminent disaster. In the year 2030, after years of neglect in respect of the environment, solar radiations that filter through the polluted atmosphere give life to waste, endangering life on Earth. Three teenage boys will rebel and try to clean up the world from their attack.
The story is divided into five levels that will have as background some of the cities and islands of the Tuscany region highlighting the cultural heritage of which it is rich and some historical elements that distinguish them. The initial level is set in Carrara, where the first hero will try to collect cans by challenging two types of aluminum opponents. At the completed level the cans will be collected in the glass container and processed and recycled at the factory so as to be reused.
The second level is set on the Elba Island and takes place mainly underwater, with the characters engaged in the fight against plastic waste that threatens marine flora and fauna. Subsequently the three boys will cross three other Tuscan cities, Florence, Pisa and Lucca, where the waste to be collected will be in the order of paper, wet and, in the final level, all the waste present in the game. Our heroes accompanied by fantastic objects and animals will face opponents and will try to avoid abandoned black bags that contaminate the surrounding environment. On the fifth level, beyond the famous walls of Lucca, is the
giant golem composed of black sacks that will be defeated by the recycling symbol.
At the end of the game The three heroes give indications on the prevention and precautions regarding environmental protection, but the story does not end here: a brief animation anticipates the discovery of other places in Italy contaminated by waste and therefore our heroes will be called to clean up again the planet. It is important to discover, assimilate and learn through play, or even better through a tool that children recognize and that captures their attention, introducing later more appropriate in-depth tools such as research and a book. The "edu games" have a pedagogical-educational function, characterized by the internalization of rules and roles, by the increase of learning and problem-solving skills. Technology is an integral part of our society, it is important to integrate the traditional method supported by technological elements.
It is in fact planned to accompany the video game, a text, the "the different project-the creative book", to help use the video game, specifically telling its content. Inside you will find in-depth information on the city to which it belongs, related to its history and culture, and there are also the elements to invent or design a special level by introducing a character, magical object and setting. A way to stimulate the relationship between peers, the knowledge of the origins and environmental education by exploiting one's own creativity going beyond the repetitiveness of the commercial videogame to which today's kids are accustomed.
Italy
WEB 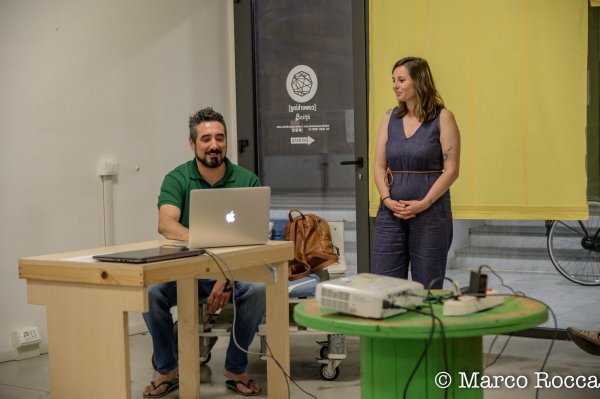 Martina Basteri and Giuseppe D'Aleo are two professional educators working for Nausicaa Spa, a multi-service company in Carrara, and are husband and wife.
Aided by Giuseppe's brother, Gabriele D'Aleo, digital artist, the three realize a project dedicated to primary school children that aims to educate them on respect for the environment and their city in the most effective way.
Thanks to her great experience and creative ability, Martina elaborates the plot and tells the story of three kids who become superheroes in defense of a planet threatened by the waste that comes to life to conquer it, while Giuseppe and Gabriele realize the project by creating the graphic and sound.
#Education #Games #Kids & Education #Recycling & Upcycling
E13 (pav. 3) - Martina Basteri, Giuseppe D'Aleo e Gabriele D'Aleo - NAUSICAA Spa
2019
Back
Data updated on 2020-12-13 - 11.41.04 pm