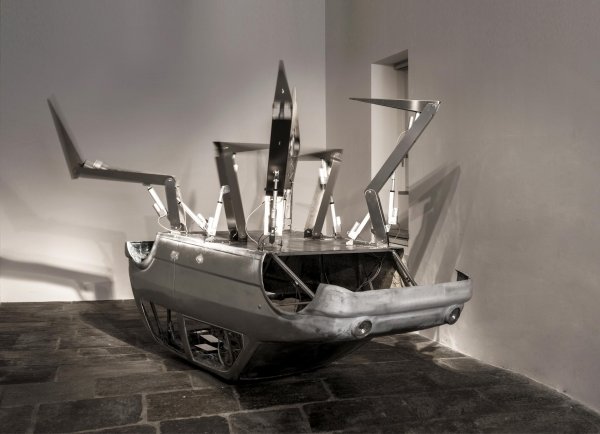 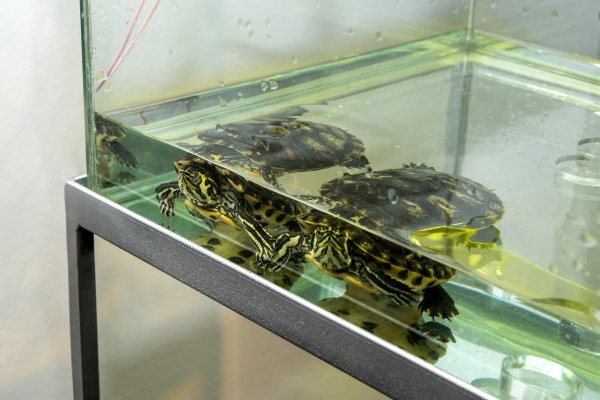 Innatural is a sculpture that responds to the principle of the butterfly effect theory, a scientific concept theorized by E. Lorenz in which all the actions of man and nature are correlated .

A fiberglass sculpture from the appearances of a car is turned upside down like an insect and possessed by steel legs that move in an apparently casual manner. The movement of these mechanical legs is coordinated by monitoring the movement of a pair of turtles inside a case.

In this case, Nature, represented through the turtles, decides the mechanical movement of an artifact created by man. Invert the points of connection between nature and artifice through a stylistic combination of art and artifice 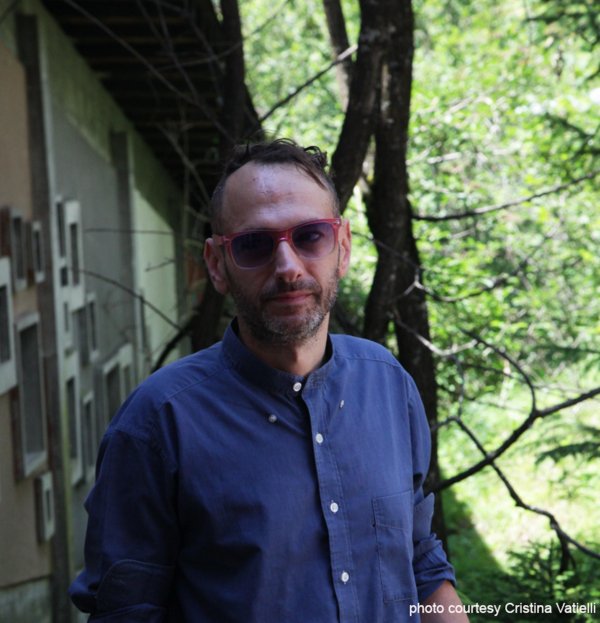