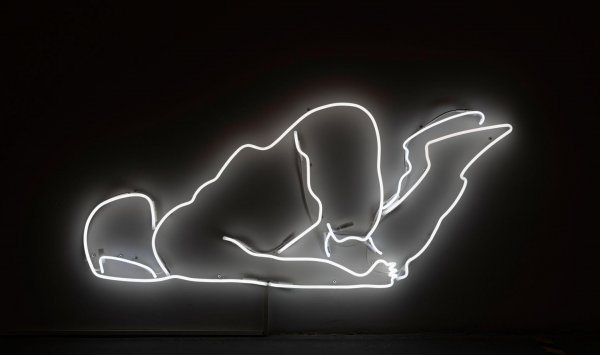 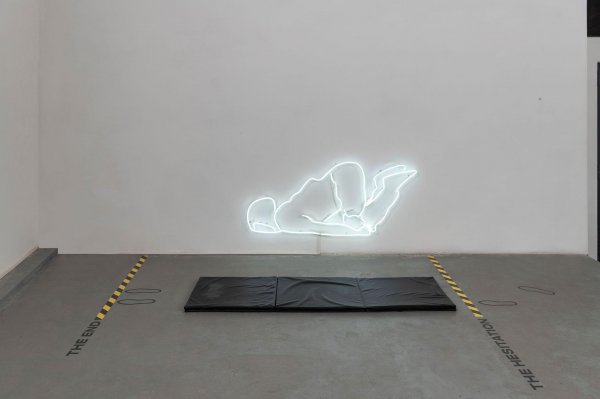 The Fall is the first place winner of the Re:Humanism Art Prize and is composed of two complementary sections: a performance and an installation.
The artwork starts with the analysis of a Boston Dynamics video in which we see a robot that is pushed to fall in order to test its balance.
The performer action, on the contrary, consists in following a vocal tutorial that suggests the exact procedure to fall like an automaton. If in an initial phase the performance is charged with a strong emotionalism due to the approaching of the fall, the mechanical succession of gestures makes the performative body more and more artificial. With this work, Giang Hoang Nguyen questions the technological advancement that is making us post-human. The symbol of this uncertain future is the fall, able to lead to progress or to a ruinous failure. 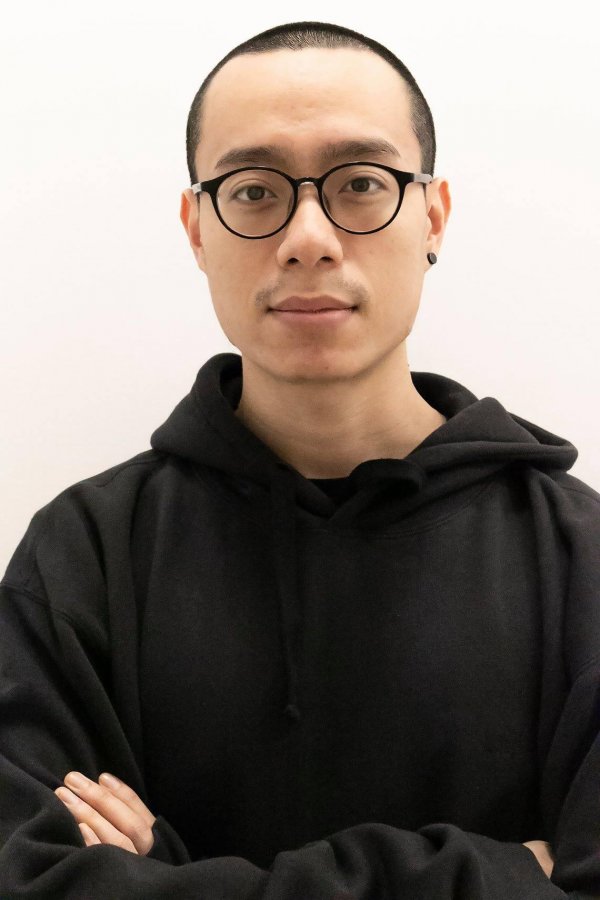 Nguyen Hoang Giang lives and works between Hanoi and Milan. His current research and practice are aimed to investigate failures in the relationship between human and machine, specifically in the process of learning. He has participated in various exhibitions, workshops, screenings and art projects in Vietnam, Italy, Portugal and France. In 2013, He debuted as a photographer in the group show Autopsy of Days, held in Goethe Institut Hanoi. In the very same year, he was chosen by NhàSàn Collective to be in the De-constructing Memories Art Project, in which he received sponsorship from the Cultural Development and Exchange Fund of the Denmark Embassy to make his photography exhibition. In 2015, his video Disorder is beautiful was selected to be screened at the Asian Cultural Complex in Gwangju, South Korea. In 2018, his work The Fall was performed at Museo 900’ in Milan, as part of Furla Series. Apart from personal projects, he has also contributed to community development. In 2016, he curated In_ur_scr!, the first online exhibition in Vietnam. In 2014, he founded The Black Hole - a community art project, in which he illustrated and published anonymous secrets from Internet users. He holds an MFA in New Media Art at Accademia di Belle Arti in Brera - Italy, within the Italian Government Scholarship for international students.
In 2019 he won the first place for the Re:Humanism Art Prize, performing with The Fall in the exhibition at AlbumArte gallery in Rome.
giang.it